Opinion: Religion is not an excuse to degrade others 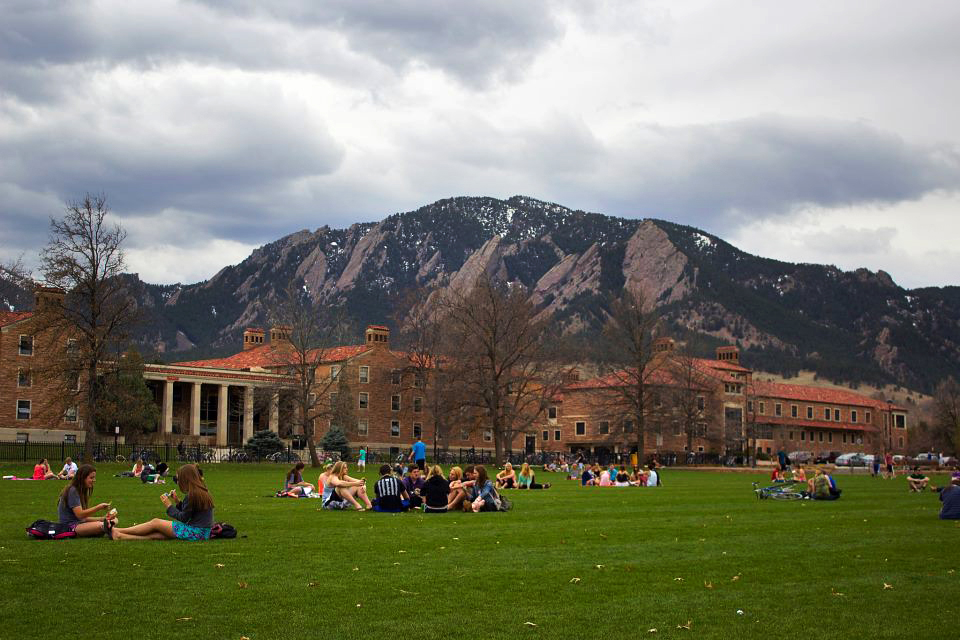 Having only been at CU for one semester, I have to say that there is very little to complain about. Nothing beats the walk to class past Farrand Field with the Flatirons perfectly placed right in front of campus. The view is magical, some may even say holy. So holy, in fact, that I always get approached right in front of those mountains by a member of the Resurrection Church who so desperately wants me to be saved and allow Jesus Christ into my life. As I said, there are very few things to criticize about CU’s campus, but this is one of them.

Boulder’s Resurrection Church is located right off of campus and focuses on a commitment to “sharing the good news of Jesus Christ with the lost at the University of Colorado.” During the 20 or so times that I have been aggressively approached by a member of the Resurrection Church, I have always been asked whether or not I think I would go to heaven if I died.

The short answer is no, I do not. At least not to the kind of heaven they are talking about. I grew up Catholic, although the last time I stepped into a church was for my eighth grade confirmation, and somewhere along the way I realized that leaving the fate of my own life in the hands of some man in the sky named God was not for me.

I want to be clear, however, that I believe anyone and everyone is entitled to their own personal happiness with whatever they believe in. What I do not support is when their religion is used as a way to assert superiority over me just because I do not share in the same beliefs.

I do not need to be “saved” by anyone, including Jesus Christ, and I would greatly appreciate it if those members at the Resurrection Church could let Him know that I’m doing just fine without Him.

We see instances where radical members of religions go to great lengths to convert others all the time. Only a few weeks ago, an American Christian missionary traveled to North Sentinel Island, just a few hundred miles off of the coast of India, to try and convert the island’s only inhabitants: a native group of tribesmen. The island has long been known to be off limits to any outsiders, so it was no surprise that the missionary was almost immediately speared and killed by the Sentinelese tribespeople.

This incident, though disturbing and unfortunate, is a lesson to all of us that no religion is so great that it should be used as an excuse to force others to join it too.

This is not the first time Boulder’s Resurrection Church has been critically covered, either. Several articles previously published by the CU Independent describe the church as “manipulative” and “unethical.” Former members of the Resurrection Church have spoken out about the immoral and cult-like nature of the church, which prompted CU’s decision to remove the church from its Religious Campus Organizations.

Although it has been removed from CU’s list of religious organizations, the church still sends student members to recruit on campus. They essentially linger around campus and wait for you to make eye contact towards them, and then they completely flag you down until you are knee-deep in gospel phrases and bible verses.

Do not get me wrong — I am all for freedom of speech and expression on college campuses. I’m a journalism major after all, but that does not give the church’s, or anyone else’s, efforts to discredit my way of life any sort of corroboration.

Their eyes turn weary and they look down at me in disappointment mixed with a bit of pity. They ask me if inviting Jesus Christ into my life could help save me from the apparently damned life I had been living all along. I simply smile and shake my head, perfectly happy with the existential doom that they curse me under their breath.