Ponte Las Pilas: Coping with the effects of deportation 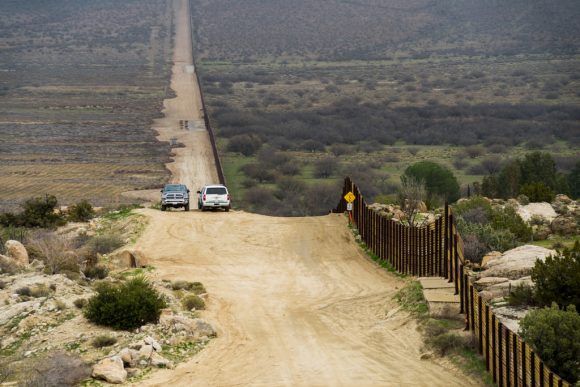 “It won’t happen to my family.”

That’s what I’d always tell myself when I’d watch the news and see families being torn apart by deportation. The mother would usually be interviewed, crying, begging not to be separated from her young children.

A gut-wrenching pain would boil up inside me, but I always reminded myself: “It’s not going to happen to me.”

In middle school, a boy came to school crying because both of his parents had been deported. I watched his friends try to comfort him, but too young to know how. The predominantly white teachers weren’t much help either. Though we weren’t close, he was the first person I knew whose family was ripped apart by deportation. Once again I assured myself that he had just been unlucky.

A few years ago, I got word about the girl who lived two houses down from us, the neighborhood best friend of my younger sisters. Her dad had been deported too.

It never occurred to me how common it was for families to be separated. Was I just playing a waiting game of how soon it would be until it was my family’s turn?

I was walking to my dorm on a snowy February night when I received a call from my mom delivering the heartbreaking news. After the phone call, I sat on the snow-covered grass and cried alone on the empty campus as the snow began to fall harder.

My memory of the phone call is a little hazy, as I was overwhelmed with emotions that night. What I do remember was my mom telling me that she was going to pick me up the next morning so I could say goodbye. That was all I had. One day. And then just like that, my uncle was gone.

The following days, I tried acting as if nothing was wrong. I went about my day as if nothing happened, trying to convince myself out of what had just occurred.

For a while I felt alone, like no one could understand what I was feeling, like I was the only one. But I’m not alone. And, if this something that has happened to you too, know that you are not alone either.

It can be hard to talk about going through this experience on a campus like CU Boulder. The predominantly white culture makes it difficult to find support with such issues. No one can prepare you for the deportation of a family member, but there are ways to cope with it and make the make the process easier.

These steps are a collection of ways I coped, ways I wished I used to cope, and how you can cope as well when a family member has been deported.

It’s okay to feel angry and hate our country and the state it’s in. It’s okay to feel hatred towards other people who will never know what it’s like to feel this way. And it’s okay to envy them at the same time. Let your anger and frustration be known, but only hold on to this feeling temporarily.

I allowed myself to release toxic feelings that spurred in the moment. My anger was the silent type. The kind where I held imaginary arguments in my head and was able to lash out only in front of myself. I decided that staying angry wasn’t going to help me feel any better and that it was time to stop having fake conversations in my head and actually talk to someone about the way I was feeling.

The best way to feel better about something is to talk about it with someone you trust. A friend, family member, therapist, or even your pet can make a great listener when no one else is around. What’s important is to let yourself be completely vulnerable to the other person and express your feelings without censorship.

When you speak, listen to yourself. Think about what you would tell someone if they were going through the same thing. Don’t expect the other person to understand fully what you are going through; chances are they probably don’t, but don’t let this discourage you from confiding in them.

One of the very first people I opened up to was my upper-class white roommate; someone who would never face this experience, but listened attentively anyways. But what about the feelings I wanted to express but didn’t want to share with anyone? For a more private way of expressing myself, I found that journaling is one way I could express the way I was feeling for no one to see.

Whether it be writing, drawing, blogging, crafting, dancing or singing, find a way to express your emotions. Opening up to other people is equally important as opening up to yourself. Use this as a chance to show your creative side, and express thoughts you might not share with someone else.

The easiest thing for me to do was open up a notebook and write down whatever I was thinking about in that moment. I would doodle or make a list of things to accomplish that day. I’d jot down movies I was interested in seeing, books I wanted to read. Or write down quotes or conversation I’d heard before. A good way to distract myself was to get anything on my mind down on paper. From a young age, I’ve always known that writing makes me feel better, but another creative outlet I have recently found is putting together my outfits for the week. I like mixing and matching my clothing to create new looks, and looking good makes me feel good.

Surround yourself with other Latinx CU students who have gone through it as well. Don’t be afraid of not finding anyone because it does occur more often than you think. Let them share their story with you and share yours back. Call, text, or meet up with them over coffee. Pick a way you are most comfortable with meeting up. Hard experiences are easier to go through when you can relate to someone who’s gone through it as well.

This is a step I wish I would have taken. I think the hurting wouldn’t have lasted as long as it did if I could have found a support group. What helped me get through it was knowing that the hurt was only temporary.

Having a family member deported does not mean you will never see them again. It may be more difficult to visit them depending on your personal situation, but it won’t be impossible. The best thing you can do is stay optimistic and look forward to reconnecting with your loved one.

I had to constantly remind myself that our goodbye was not forever. Getting better meant knowing that soon I would be able to visit, and then suddenly I didn’t feel as helpless as I did before. The final step of my healing process was acknowledging the light at the end of the tunnel where we would be reconnected.

When dealing with the effects of deportation, the most important thing to know is that you are not alone. When it seems as if the world is against you, take a deep breath and circle back through these five steps again.

Of course, everyone’s healing process will be different. These are just steps that helped me get through it. Go ahead and try any of these and if you find a different method, try that too. I find myself occasionally getting caught in slumps. When this happens, I remind myself of the ways that help me take care of myself.

Deportation is a heartbreaking experience for everyone. The best thing CU students can do is stand shoulder to shoulder during these times of crisis.