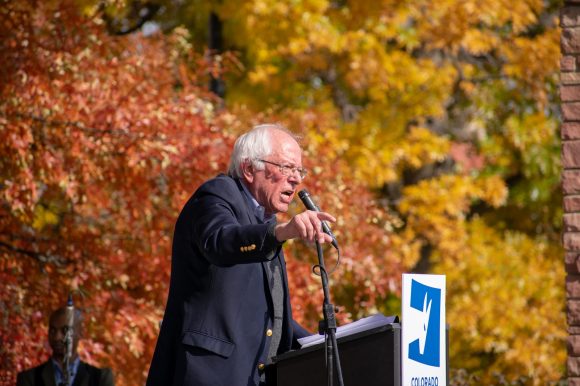 On Wednesday, Oct. 24, Bernie Sanders joined Colorado Democratic electoral candidates gathered for a rally on Farrand Field as a part of their Get Out The Vote tour. 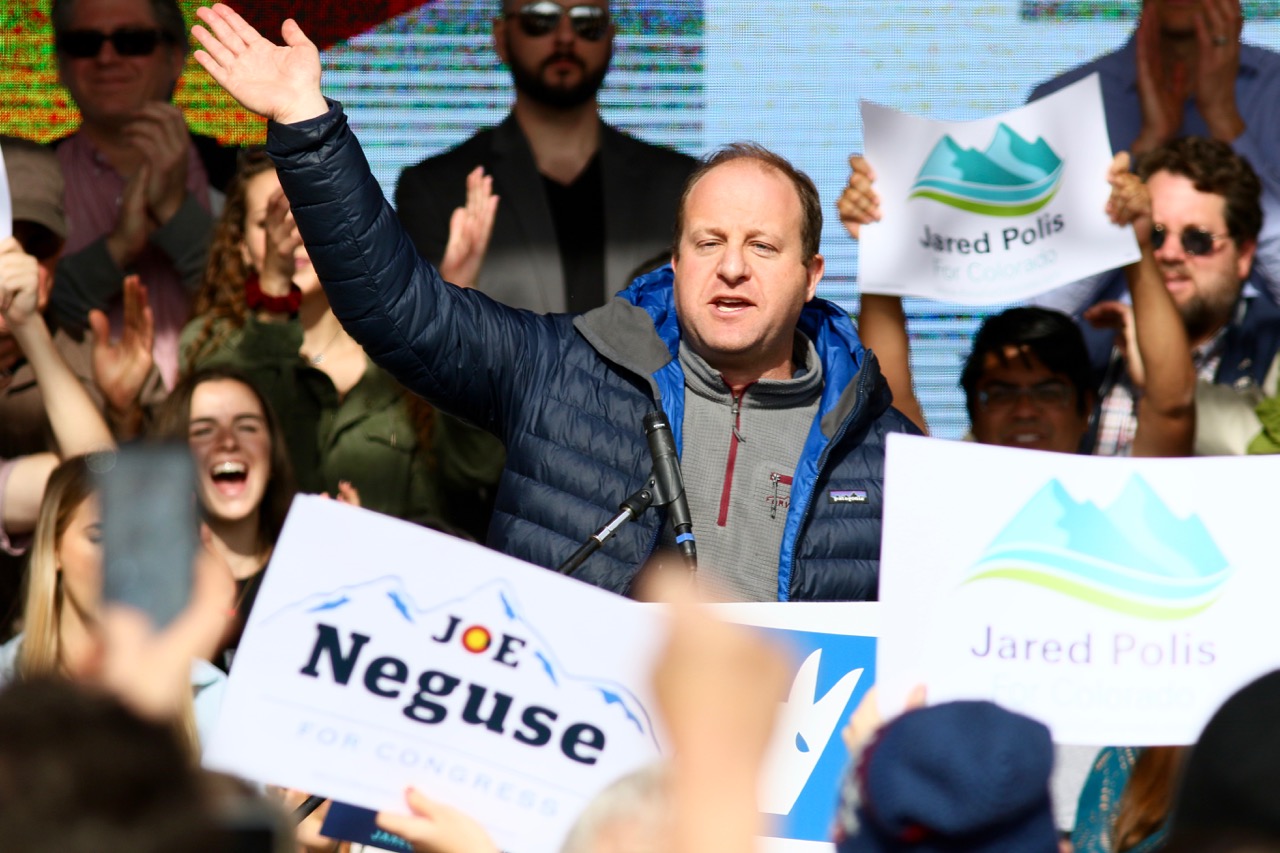 Colorado Rep Jared Polis waves to the crowd at the Get out to Vote rally. Polis is running to become Colorado’s next govenor. Oct. 24, 2018 (Nigel Amstock/CU Independent)

CU Boulder students Amanda Cohen and Max Carr spoke to the CU Independent prior to the rally. Cohen stated that all the information she received about the upcoming midterm elections came from New Era Colorado, a nonpartisan organization geared towards helping young people navigate politics.

“We have seen a ton of enthusiasm and we just finished our largest voter registration drive for midterm elections in New Era’s history,” New Era Colorado said in a statement. “We are super confident that there will be high turnout in a really close election with record turnout.”

Senator Bernie Sanders, the headliner of Wednesday’s event, talked extensively about voter turnout. According to Sanders, 2014 had the lowest voter turnout in American history. 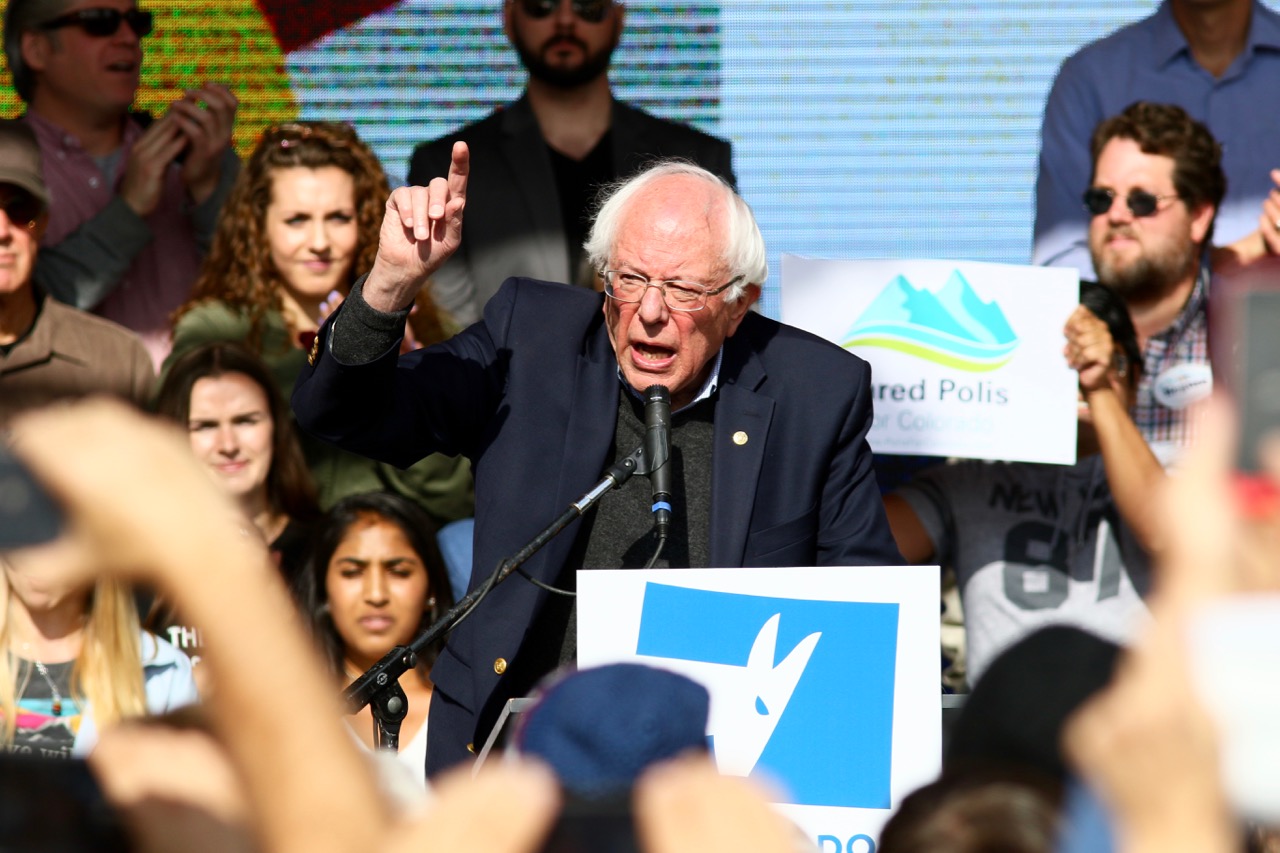 Senator Bernie Sanders speaks at the Get out to Vote rally on Farrand field. Oct. 24, 2018 (Nigel Amstock/CU Independent)

The senator made comments about bringing your friends and roommates out to vote, saying, “drag them to the polls”.

In his classic style, Sanders tackled topics like wealth inequality and Medicare for All. The largest roar of the crowd was after Sanders stated that “it’s a woman’s right to control her own body.”

Alli Schwartz, a CU freshman, sat in the front row of the rally. Schwartz said she left the event feeling empowered, since the front row was filled with a lot of hype, and that it is was overwhelming to be around so many energized people.

“I feel encouraged to talk to less like-minded people, just to start a conversation,” Schwartz said.

Voting registration and voting can be done on the top floor of the University Memorial Center Mondays through Saturdays until Election Day on Nov. 6th, 2018. 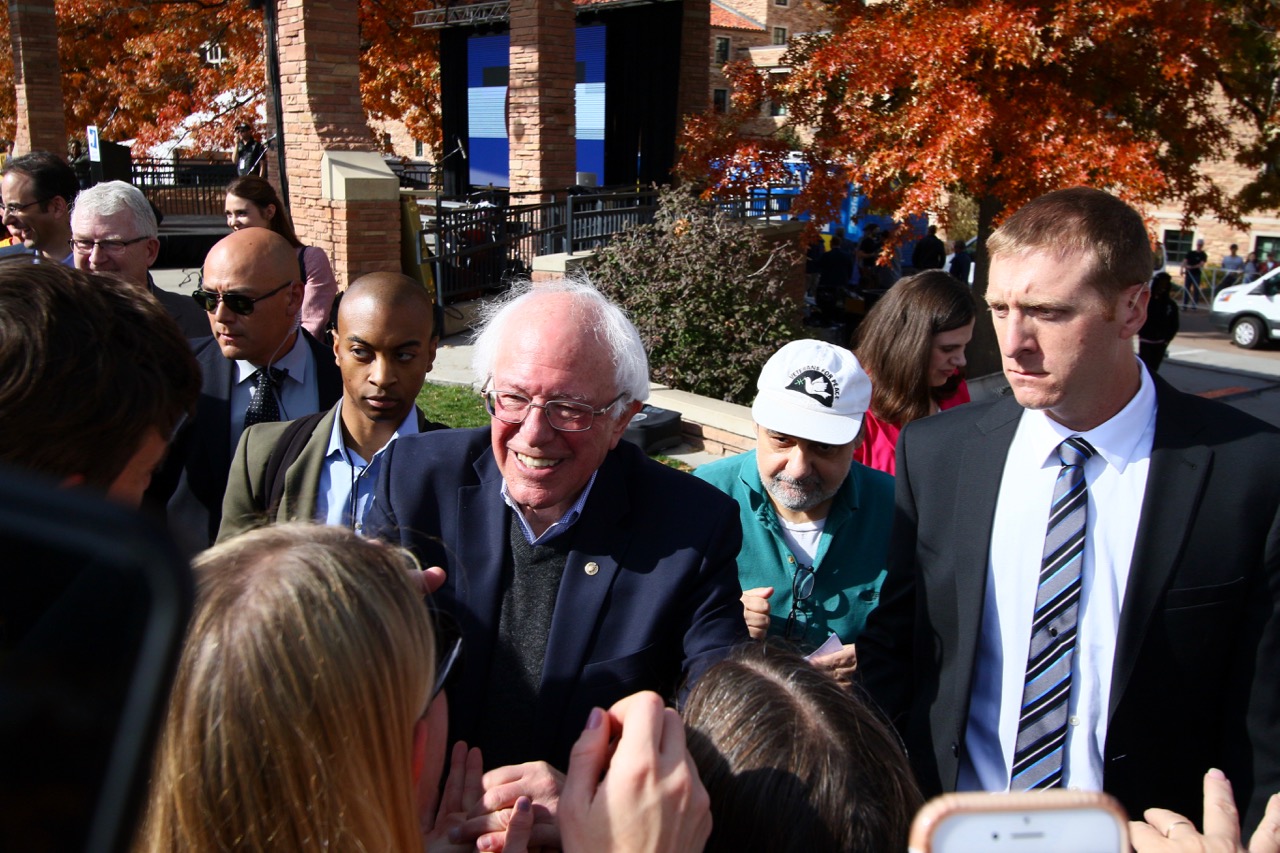 Senator Bernie Sanders works the crowd following the Get out to Vote rally on Farrand Field. Oct. 24, 2018 (Nigel Amstock/CU Independent)