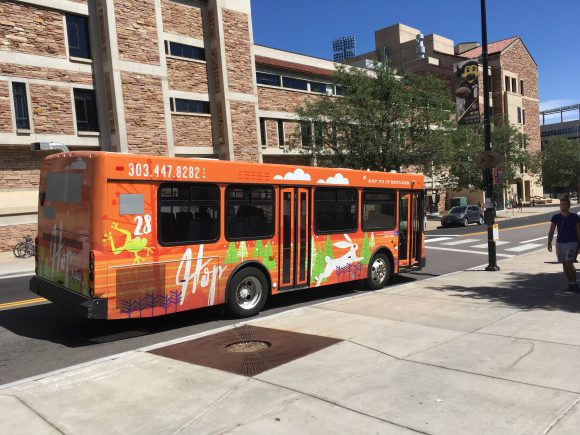 As of Aug. 25, two of RTD’s HOP routes and a Buff Bus route serving Williams Village have been running until 3 a.m. on Thursdays, Fridays and Saturdays. According to the CU Environmental Center website, the changes are based on feedback from students.

When asked about the program, Netu Boyal of the CU Environmental Center said that they wanted an “alternative to CU Night Ride, because we know that takes a while.” CU Night Ride offers free rides all around Boulder for CU students to get home at night. She also mentioned that RTD and Buff Bus drivers get paid on average much more than those who work for Uber and Lyft, which is one of several selling points listed on the program’s webpage.

The HOP routes change over to the late night transit schedule at 10 p.m. and the Buff Bus changes at midnight and will be running every 10 to 15 minutes. A map of the new routes can be found below: 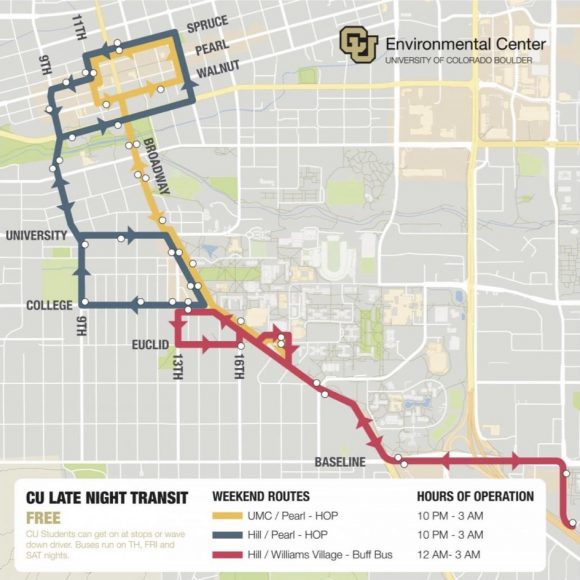