In home opener, Buffs fall to Georgia in four sets 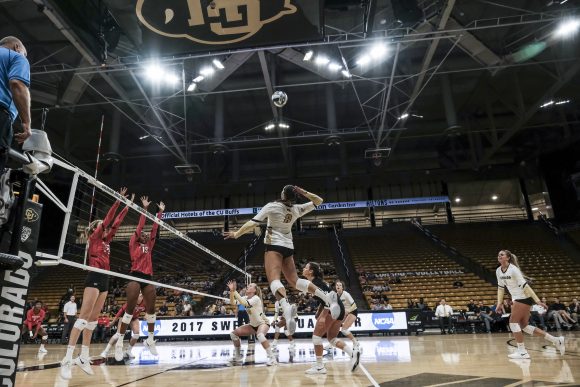 The Colorado Buffaloes women’s volleyball squad had their home opener on Friday at the Buffs Invitational, where the first opponent was the University of Georgia Bulldogs at the CU Events Center.

The first set opened up with the Dawgs taking control. Kills landing in the back half of the court, exploiting the holes that would usually be filled by senior libero Gabby Carta-Samuels who was not suited up to play.

The Buffs had to work double time to get on the board on their own. They could not rely on service errors and out of bounds calls all game, due to sophomore outside hitter T’ara Ceasar leading the offensive charge for the Dawgs.

After catching up, junior outside hitter Justine Spann had a kill to make bring Colorado within four, although the Buffs trailed 10-6. After finding the right spots, the Buffs started swinging and finding holes in the Bulldogs back court.

Holes were found by Spann who would have six kills at the end of set one and would lead the Buffs in a doomed effort to win the first set.

Junior middle blocker Lillie Klemmer was able to make it 21-23, but the Dawgs stifled a couple of kills, winning the first set 25-21.

After coming back from set one, the Buffs took control of set two. While the set was close, players were not afraid to be stuffed and took as many shots as they could to keep a Dawg comeback at bay.

Besides being confident and swinging the ball with more confidence, the Buffs were taking advantage of service errors and made making the Dawgs hustle look easy. Closer to midway in the set, the Dawgs scored to make it 8-5, but a long rally early on had the arena on its feet.

After two rounds of kill attempts that were blocked by both teams the Buffs settled for bumps across the net. But after a block from junior libero/ defensive specialist Rachel Whipple,  the ball ricocheted off Alexa Smith’s face and Spann killed the ball.

It would have been 9-5, but Georgia challenged that the play was out of bounds; they won the challenge, making the score 8-6.

During the timeout Smith received treatment for a bloody nose and would return for the next point.

Alexa Smith did not sub the entire game.

“Lex rarely subs . . . the only way she comes off is if she broke three legs,” said Buffs head coach Jesse Mahoney.

However, the Buffs were still energized and hustled to win the set. After the Dawgs took the lead, Spann took a fast swing and brought the Buffs closer. But CU was still down 12-10.

The Buffs were able to come back and the Dawgs responded by tying the game at 15. The points in the second set would rotate back and forth. But Anyse Smith was able to secure a Buffs lead with the four kills she had.

Up 24-23, the Buffs had to kill the ball so they did not have to play more than they had to. Alexa Smith was set up from Whipple and was able to find an open hole in the middle of the court for the Buffs to take the second set. It was 1-1 in a best of three sets.

Scoring for set three was like a tennis match. One point after another the Buffs and Dawgs rallied for who would lead first. It would be the Dawgs who pulled away first, making things 3-2 after Spann made an attempt to save the ball that flew into the stands.

The Buffs would be hot on the Dawgs heels as they tied the set two more times, but Dawgs sophomore outside hitters Rachel Richie and Ceasar would lead the team in kills. With their leadership the Dawgs took the third set, 25-23.

The opening sequences of the fourth set were familiar. There were back and forth scores, tied points and Georgia take an early 6-5 lead. After that the Dawgs started to pull away, but the Buffs never gave up.

Anyse Smith had a couple of kills that would kept the Buffs close and within two points, but Georgia’s defense overpowered the Buffs. While the Buffs continued to swing, they stalled at 19 points and Georgia won the decisive third set, 25-19.

“We need to improve in all areas,” Mahoney said. “Tonight our system broke down.” 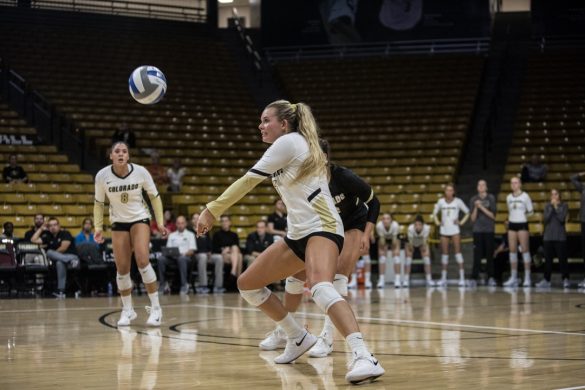 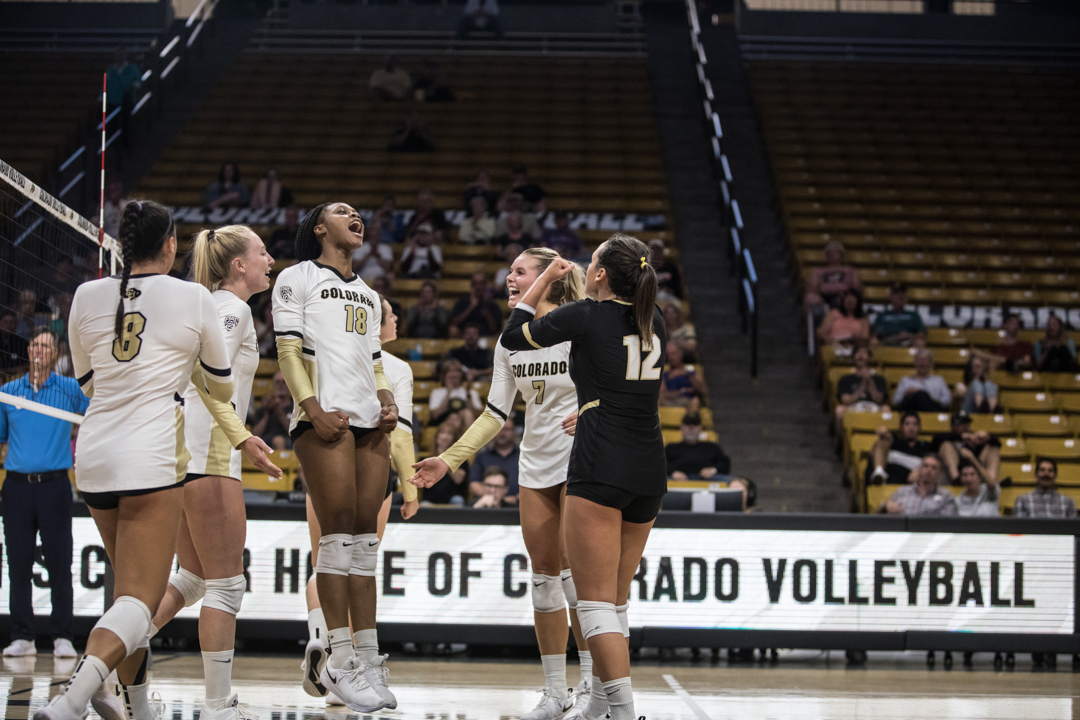 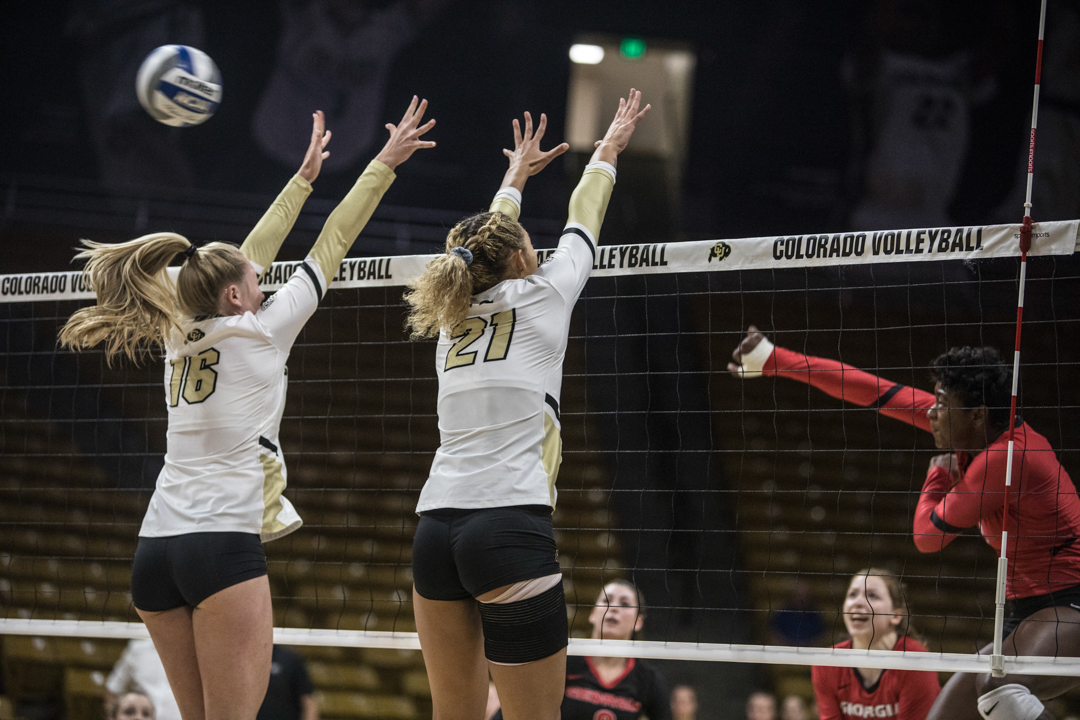 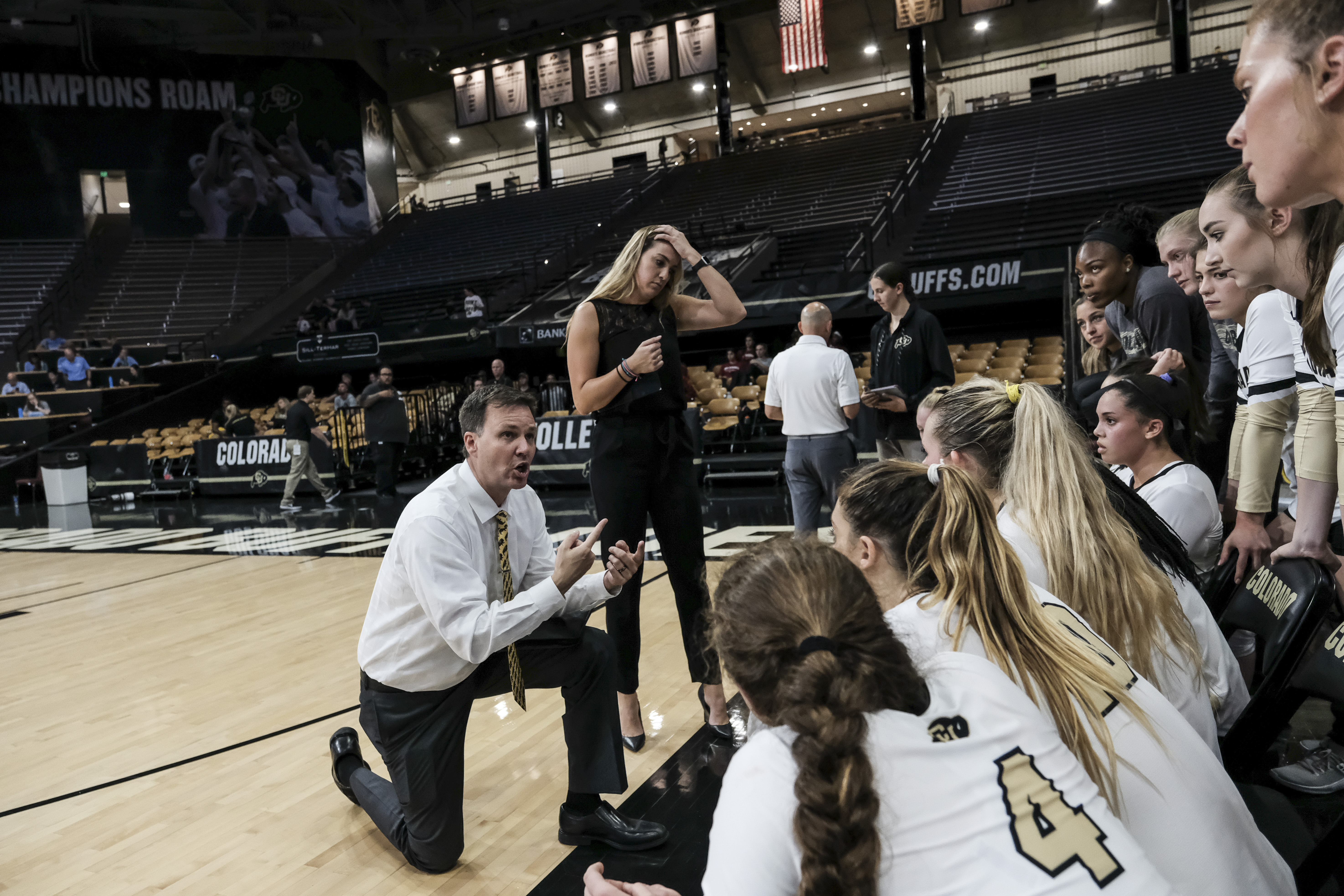 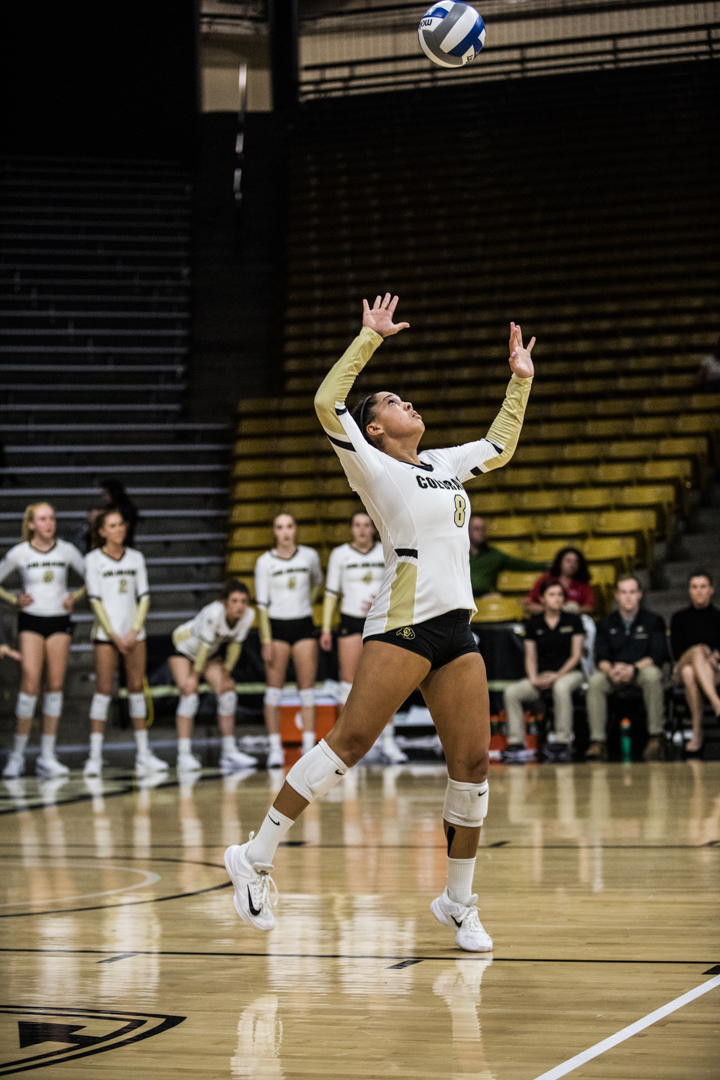 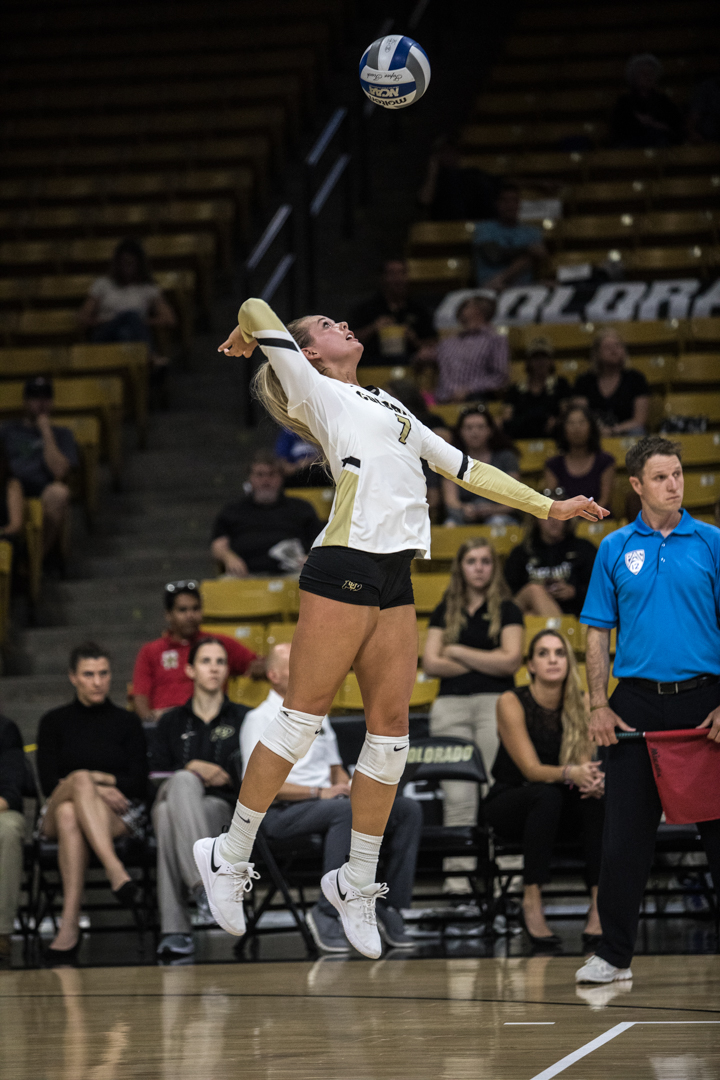