Opinion: ‘Put ego aside and work together to help student journalism thrive’ 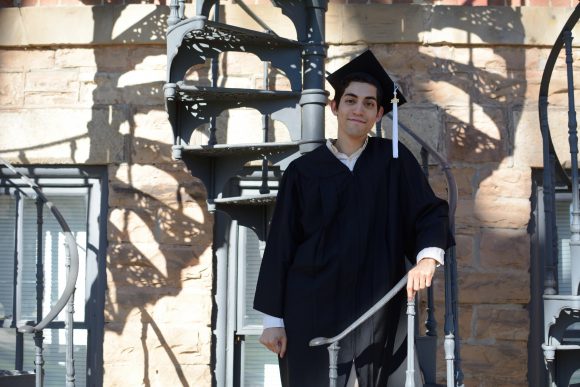 The CU Independent is participating in the national Save Student Newsrooms campaign. As part of the campaign, we are sharing testimonials from former CU Independent writers this week on how the CUI prepared them for the world of professional journalism. Today, Adrian D. Garcia tells his story:

Among the many things I learned from my phenomenal photojournalism professor at the University of Colorado was that working in the news industry is like serving in a religion. The profession calls us to continually push ourselves to be better and act with integrity as we seek truth and report it.

Like any respectable religion, journalism benefits when its disciples support one another and graciously welcome new converts. That’s why when former CU instructor and grizzled journalism vet Sandra Fish asked me to run for the board of the Colorado chapter of the Society of Professional Journalists, I said yes. It’s also why I agreed to work with the Denver Press Club after I was tapped to join its leadership. And it’s why I decided to become an editor at the CU Independent during my senior year after I was fired from the student newspaper as a sophomore.

High school and college newsrooms need institutional and community support and financial independence to bolster the next generation of journalists who will be tasked with fighting for public enlightenment, justice and democracy. But these organizations also need many, many students who are willing to put ego aside and work together to help student journalism thrive.

My first go-around with the CUI initially left me with a bitter opinion of student newsrooms’ role within the journalism religion. It was the first — and so far only — time I have been let go from a job. And it stung to think that perhaps I was one of those souls better suited to follow another professional path.

To be fair, I remember being a time-strapped, green reporter when I joined the student newsroom in 2011. Getting conflicting edits back from different people bothered me, and I felt pushed to cover news when I wanted to take on features. However, I also had one internship under my belt, produced decent stories and above all, held a burning desire to learn how to be a reporter.

Since memory is implicitly biased, I asked my former CUI news editor this week why I was let go.

“Oh, wow,” she responded to my totally random Facebook message.

“A, you were always an amazing journalist and still are,” she said. “And B, I want to say [the editor in chief at the time] was probably on some sort of power trip that I was succumbing to. I honestly don’t remember the details, there were a few people let go that I’m in contact with now, and I hope anything done with CUI didn’t damage any of your professional careers post-college.”

My professional career was left unharmed. I went on to work for two news organizations in Colorado before deciding this winter to leave the state for the first time to freelance in New York. And my experience with the CUI gave me the chance to come back as a news editor in 2013. I hope I brought compassion and kindness to that role. At least one of my reporters, the talented Kelly Ragan at the Fort Collins Coloradoan, adopted this crazy journalism religion. I have no doubt student journalists acting with humility and professionalism have helped convert many others.

Adrian Garcia is a freelance journalist in New York. He previously reported for The Fort Collins Coloradoan and Denverite.com and served on the boards of SPJ Colorado Pro and the Denver Press Club. Adrian is a class of ’14 journalism graduate. Follow him on Twitter at @adriandgarcia.