Drake — empowering women since 2018 with “Nice for What” 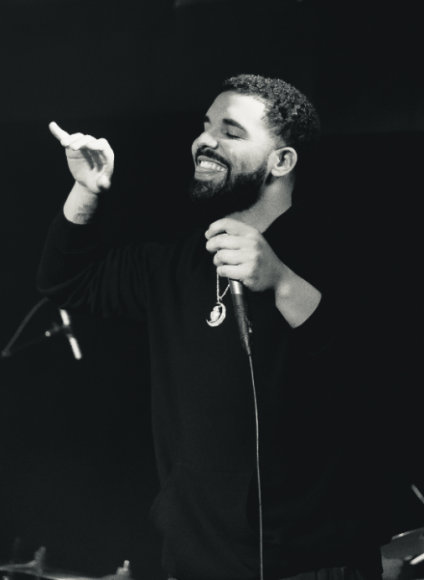 Drake performing in August 2017. (The Come Up Show/Flickr)

With “Nice for What”, Drake shows that he has come a long way since flexing in Young Money music videos under the tutelage of his rap father, Lil’ Wayne.

On Friday night, as the world was still pre-gaming and growing weary of hearing the same remix of “Bodak Yellow,” Drake gifted the world with his most joyous project to date. “Nice For What,” which samples Lauryn Hill’s “Ex Factor” with vocals from New Orleans bounce legend Big Freedia, feels like the perfect night out and reads as the celebratory anthem of this year’s women’s empowerment movement.

Because of course, it does.

There is a reason why Champagne Papi is so pervasive — he’s corny as hell, overly indulgent, confident and introspective. Through this pastiche, he doesn’t tell us what we want to hear, he delivers us what we need to. After months of political turmoil, Drake’s new track is medicine for the people, swallowed readily with a tall glass of sparkling wine.

In typical Drake fashion, without the activism of Kendrick or liberation of Janelle Monae, the song captivates with its apolitical, potent, yet expertly fun sound.

But after one listen, there is no denying “Nice for What” has a fresh consciousness in the wake of his previous single “God’s Plan.” Here we see Drake at his happiest, goofily dancing and celebrating the success of others without the moody arrogance of his recent records “More Life” and “Views.” At this stage, the prince of Toronto has clearly demonstrated his mastery of the top forty radio station playing in your Uber ride home. If this is where he is now, one can’t help but inquire what exactly the rapper has planned for his upcoming album. Will it be more of the same bottle-serviced party, or, like this track might indicate, something else entirely?

While no one exactly asked for Drake’s blessing to feel empowered, “Nice for What” is still an airy yet resonate bop that gives agency to women in its production. The song’s accompanying video, directed by Karena Evans — who, by the way, is 22 — has left me no choice but to hit youtube’s ‘playback’ button unmercifully. It very well might be the best thing about this whole project, and if I’m being honest, my entire week.

The video gives the already infectious song a heart, soul and fifteen famous faces just doing their goddamn thing. Tracee Ellis Ross, Misty Copeland, Olivia Wilde and Yara Shahidi are just a few names on the star-studded list. Evans’ gaze is cinematic without extravagance — with a knack for making the women in the video look and feel like they are in their element. My personal favorite examples are all ones of art imitating life. In one scene, Shahidi studies diligently in her Harvard sweatshirt. Later, “Insecure” creator Issa Rae tells a table of corporate white men exactly how things are going to go down, all while wearing the most opulent green dress.

As cheesy as he tends to be, I like Drake. Like MTV in the 80’s, Drake is the indisputable spirit of the times — more so than liking succulents or even publishing hot-take articles online. And love him or hate him, that doesn’t appear to be changing anytime soon.