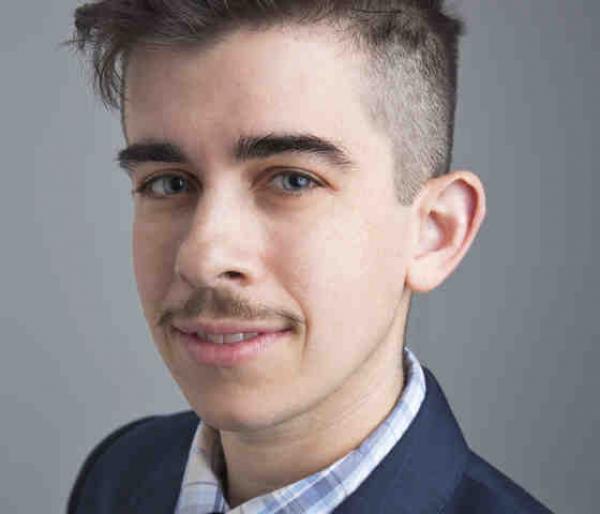 Strangio is a staff attorney with the American Civil Liberties Union’s LGBT & AIDS Project. His focus lies with transgender and non-binary individuals suffering in the prison system. He is transgender as well.

“The courts are certainly not going to save us [the LGBTQ community],” Strangio said.

He explained that justice for the LGBTQ community will never come from a white-led, heteronormative system. The founding fathers created the constitution to uphold an economy dependent on slaves, he said.

Strangio said that for people of color and members of the LGBTQ community, “the promise of our constitutional rights don’t extend to lived experiences.” Under the current way that the justice system is organized, he explained, no advances in civil rights can be permanent nor extensive.

“No matter what, we’re really just rearranging the rules…we’re not dismantling [the system of oppression],” Strangio said of himself and fellow lawyers.

The court system isn’t devoid of hope, however. Strangio used the example of the progression of the fight for same-sex marriage. Marriage laws fluctuated for over a decade, though what ultimately led to the abolition of marriage bans in 2015 was an adjustment to the rhetoric that supporters used.

He explained that advocates for marriage equality recognize that law isn’t exactly a science—the ways in which queerness and same-sex couples are talked about have changed dramatically, a shift which was has translated into the courts.

“The lesson for the movement was, you can’t be ashamed of the group of people that you’re advocating for,” Strangio said.

Unfortunately, liberal activists fail to apply that lesson to the push for rights for transgender and non-binary individuals, Strangio said. He explained that the majority of court “wins” that the transgender community get aren’t genuine successes because they focus on a cultural obsession with trans bodies.

Strangio stressed that as long as laws still focus on biological sex, transgender and non-binary individuals remain disadvantaged. He offered the public restroom debate as an example. The direction that the courts are headed may allow individuals to use the bathroom that they identify with, but it still forces a choice. Society is caught up on enforcing binaries that make LGBTQ people easier to identify with, he explained.

The public restrooms are one of the few places where people of power are forced into close proximity with homeless people and people with disabilities, Strangio said. This unwanted contact is uncomfortable for the dominant culture.

“[It’s] about our inability to always expel people who are different from us from our immediate surroundings,” Strangio said.

Strangio placed the public restroom argument into the context of Jim Crow laws and drew a parallel to racial segregation. One audience member, Intimacy ConAmorr, expressed they felt extremely grateful for Stragio’s comparison.

“I feel like now I can go home and have this conversation with my parents,” said ConAmorr.

ConAmorr explained that their parents, an interracial couple, experienced racial discrimination in public spaces firsthand. Now, ConAmorr hopes they can understand why it is important to fight for the rights of transgender and non-binary individuals in public restrooms and beyond.