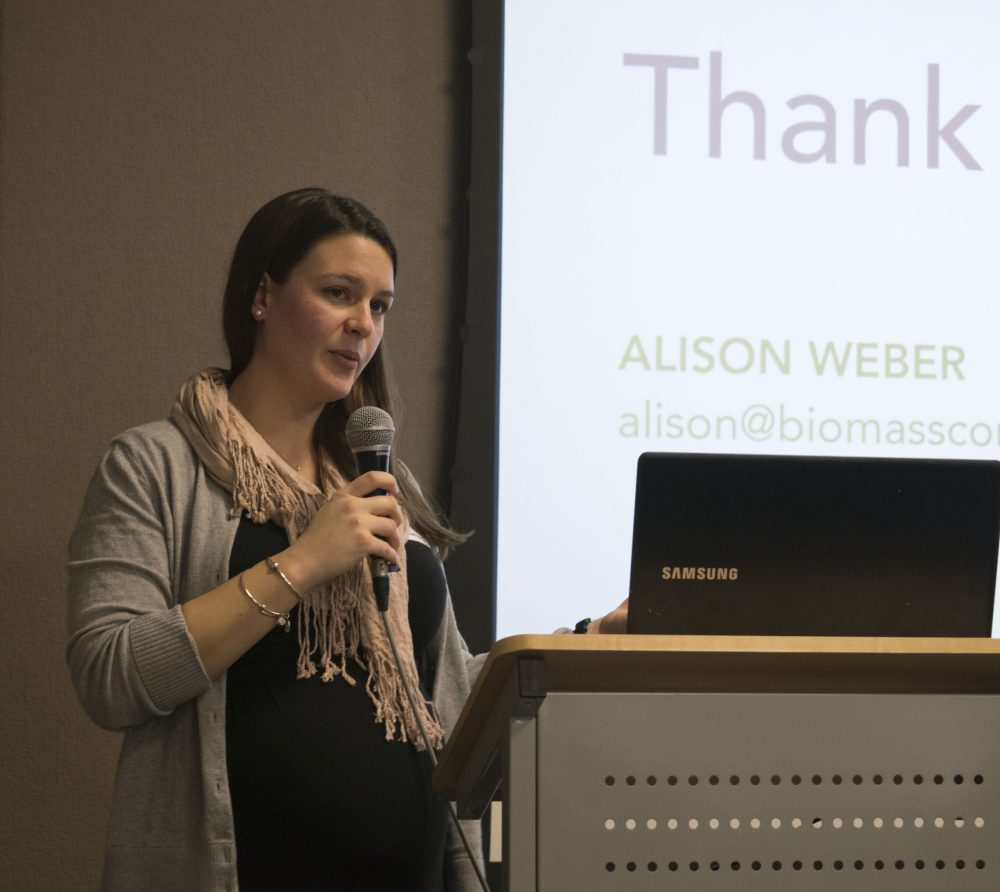 For CU’s WASH Symposium attendees, phrases like “this design is meant to help improve aim while peeing” are fairly common.

Every year in March, students from the Civil, Environmental and Architectural Engineering department organize the free two-day symposium by calling for applicants from all over the country and abroad to present at CU Boulder.  This year, WASH attendees gathered in the university’s Sustainability, Energy and Environment Community (SEEC) building on March 5 and 6 to share new research, discuss current challenges and network for jobs.

“There are many conferences related to water and sanitation at universities,” said Eddy Perez, a CU professor and the project director for the U.S. Agency for International Development’s Sustainable WASH Systems Learning Partnership. “What makes this one really special is that it is 100 percent organized by students.”

“We were pretty excited at the interest that we got from both academic groups as well as practitioners,” said Katie Chambers, planning committee member and postdoctoral environmental engineering student.

The idea for the symposium arose in 2012 when graduate students in the Mortenson Center on campus saw a need to bring together researchers and organizations that use the research to serve community needs.  Although slightly lower than the 2017 attendance, the number of attendees has steadily grown since its first year.

This year 250 people pre-registered, according to data from the WASH Symposium Planning Committee.  The event is also free, due to funding and donations from the Engineering Excellence Fund, the Mortenson Center, Boulder Beer and Hazel’s Beverage World.

“I think a lot of us who research WASH want our research to directly impact things that happen in the field,” Chambers said.

WASH researchers deal with issues like water scarcity and pharmaceuticals entering wastewater. Animal feces, over-crowded urban areas and even just children playing in the dirt all represent challenges for communities and subjects to investigate for researchers.  Boulder almost had a serious waste problem when the 2013 floods rose to just below the border of the wastewater treatment plant, Chambers said.

When water, sanitation and hygiene issues arise, the result is a variety of public health concerns, ranging from cholera to intense dehydration caused by diarrhea. According to the Center for Disease Control, diarrhea kills 2,195 children every day. That’s more than AIDS, malaria and measles combined.

The symposium gave researchers and practitioners the opportunity to discuss these challenges and share ideas for solutions. Pranav Chintalapati, an event organizer and first-year postdoctoral environmental engineering student at CU, is working on a USAID-funded sustainable WASH systems project. One challenge he sees in his field is shifting the focus away from just building infrastructure projects, like hand pumps, and towards sustainable systems for maintaining the projects.

The symposium was a valuable networking opportunity, Chintalapati said.  What interested him most? The presentation by Evan Thomas, a professor at Portland State University.

“He gave a lot of really interesting examples from his own research using sensor technology in the field as a means of collecting data,” Chintalapati said. “That one was interesting because there is a lot of overlap between the work that he’s doing and the work that I would be interested in doing.”

For Chambers, the biggest challenge for the sanitation sector is increasing urbanization.

“You don’t have enough space to put in either sewers or conventional pit latrines,” Chambers said. “I think that’s where container-based sanitation would come in and maybe fill that gap.”

These container-based systems, toilets that take waste and turn it into compost or fuel all in one system, seemed like a promising, albeit imperfect, sanitation solution for many attendees.

Xavier Fonoll Almansa, a postdoctoral researcher at the University of Michigan, studies anaerobic container-based systems.  These systems use microorganisms to turn the waste into compost or methane, which groups can then use for fuel.

Fonoll Almansa discovered some challenges with the systems he analyzed during his research in Gabon. Sometimes temperature can be a challenge, and without added waste from agriculture, it was hard for households to produce enough waste to make the system work.

“I think my biggest takeaway is that there is a promising approach of using container-based systems for urban sanitation,” said Perez. CU Boulder is the primary grant recipient. Yet Perez said that “they [the practitioners] are realizing that they will need public subsidies to make it financially viable.”

Philip Darko, the WASH program manager for Catholic Relief Services in Ghana, said that the container-based systems are one of the most promising market-based solutions for sanitation issues in his community.

“I’ve been aware of the container-based sanitation system, but not to the level of getting to understand how the waste product could be put to very good use,” he said, referring to using the waste product for fuel.

This knowledge “has put me in the position to lead the front and try to get some of these things implemented,” he said. “I think this is a big fight, and for us in Ghana, this is very important.”