Colorado’s seniors thrive on senior day in 80-76 win over UCLA. 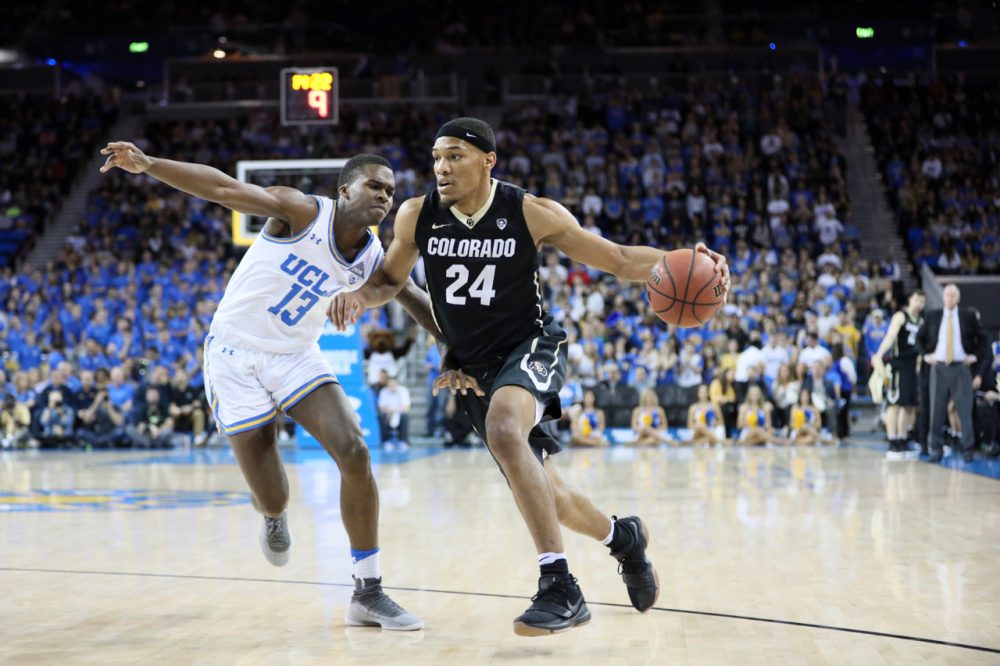 The Colorado Buffaloes claimed a crucial victory against the UCLA Bruins by the score of 80-76 Sunday afternoon. The win was thanks, in the largest part, to two seniors that weren’t only honored on senior day, but also delivered exceptional performances.

Dominique Collier and George King were the main culprits of the victory in their final game at Coors. Prior to the game on Sunday, both seniors gave lackluster performances in their last two games. In losses at Washington and at home to USC, Collier had a combined 15 points while King had a combined eight.

Both wanted to avenge their poor performances on their special day.

“I just wanted to come out here and win,” Collier said. “We were on a three-game losing streak and we wanted to have momentum going into Utah.”

Collier caught fire in the first half as he had 14 points on 4-of-5 shooting from beyond the arc. All of his field goal attempts were from downtown the entire half. The Denver native helped contribute in the distance shooting department as he made three straight threes late in the half.

He went on to finish the game with a team-high 19 points on 5-of-10 shooting and 5-of-9 from three-point range. It’s the most points he’s ever scored at the Coors Event Center.

“It really hit me that it’s the last time playing in this building,” Collier said. “I just wanted to come out here and play well and come out with a victory.”

King, on the other hand, needed half of the game to get in his groove. His first half consisted of six points on 2-of-6 shooting and claiming four rebounds.

At one point in the second half, the score was 57-56 in favor of Colorado. But King, alongside Collier, helped engineer a 17-1 run that ultimately separated the Buffs from the Bruins. King was able to contribute five points during that run and ended up with 16 points on 4-of-11 shooting, 3-of-9 from three-point range and four rebounds to go along with it.

“I’m a senior, [Collier’s] a senior. I was trying to let it go. [Collier] was letting it go. So we were just feeding off of each other for sure,” King said.

Collier’s career at CU wasn’t what many fans and critics thought it would turn out to be. Collier was one of the more highly touted prospects in the state of Colorado coming into CU and didn’t fulfill the expectations that were demanded. His contribution on Sunday, however, showed how much of an integral part he is to this team.

“It was heartwarming,” remarked Head Coach Tad Boyle on Collier’s performance. “As a coach, you want it so bad for him because he is such a good teammate and player. He has given his heart and soul to this program. Seeing him breakout today was a heartwarming thing.”

King, after this performance, moved into the top 20 in career scoring with 1,257 points and moved into 16th in rebounds with 662.

“I got extremely emotional when I came out and did the senior ceremony, which is rare,” King said. “It was an emotional game especially in the beginning, but when tip-off started, that was behind me. Leaving Coors Event Center in your last game with a loss as a senior would have been extremely tough to swallow.”

Colorado will try to finish the season off with a win against the Utah Utes next Saturday. The Buffs are currently 1-9 on the road this season. Tough as it has been, they’ll try to jump over that hurdle as they near postseason play.

The Buffs will take on the Utes next Saturday. Game time is scheduled for 5 p.m. and will be aired on Pac-12 Mountain.