The X Games Concert Series: A slippery slope into failure 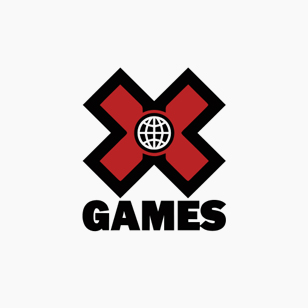 Frozen toes and not enough clothes were the biggest takeaways from this year’s disastrous X Games concerts. From disgusting, overcrowded buses to dangerous icy conditions, an otherwise great set of concerts were heavily affected by a lack of planning and decency across three uncomfortable days.

People from far and wide flocked in and around Buttermilk Mountain from January 26 through January 28 to attend the X Games sporting events and concert series. Since staying directly in Aspen for the weekend was not the most affordable option, neighboring towns including Basalt, Snowmass and Glenwood Springs also got their share of tourists. It was expected that there would be a smooth and efficient bus system that would take spectators to and from the festivities. Unfortunately, that expectation was a pretty big let down, because the bussing situation was an utter nightmare.

Waiting for a bus with a vacancy took an hour and a half at least. When a semi-empty bus finally pulled up, the scene upon boarding could have easily been pulled out from The Walking Dead. Hoards of eager, inebriated concert-goers funneled into a tight bottleneck with limbs flailing at the driver as they attempted to board the cramped bus. Remember this the next time the Buff Bus feels a little snug.

After a 45-minute ride, the bus pulled up to the snowy, mountainous venue. Outside the window, ski slopes and other windy terrains gleamed under the bright lights. The crowd squeezed into the security line, which was so relaxed that a nuclear warhead could have been brought into the venue without a single person turning their head.

Despite night one featuring the ever-so-talented Martin Garrix, the real fun started the following evening, when LCD Soundsystem took the stage.

The hike to the actual concert area offered a tremendous view of ski slopes, quaint apparel and food establishments offering overpriced merchandise and refreshments. Walking onto the scene 15 minutes before the concert started, there were already numerous barf stains oozing across the uneven icy floor. All of those components seemed pretty hunky-dory at the time, until the moment of no return.

Once one’s ticket was scanned, there was no re-entry to the venue. That meant giving up running water, pleasant and heated storefronts and clean bathrooms for the duration of the show.

The lack of even basic accommodations was shockingly evident. There was only one concession stand for the general public and an exclusive bar that required wristbands for service. All of this would have been manageable, except the concession stand quickly ran out of bottled water, and there was no other source. Understandably for the underage population of the audience, the edge couldn’t be taken off with an ice-cold brewski, so measures had to be taken. A security guard at the door of the bar had to be persuaded to take a crate of bottled water from inside and give it out to the angry, parched audience members. 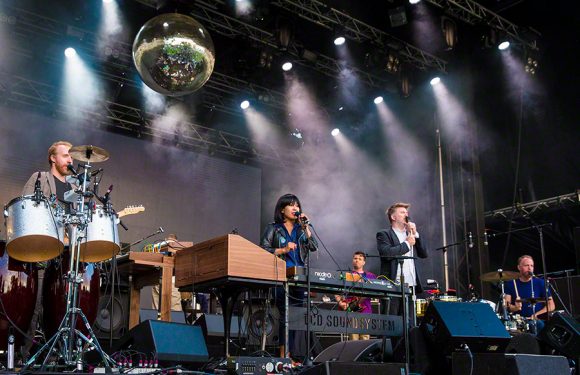 The LCD Soundsystem concert lacked the typical face-glitter, colorful fur-clad college crowd and instead boasted a host of flannel-wearing, bearded hipsters. The weather hovered around four degrees throughout the whole event which created a bone-numbing experience, especially for the toes. The immensely-enthusiastic LCD fans erotically thrashed their bodies to the zany yet captivating music. It felt as though being an average LCD fan was not enough. One man in a white hoodie nearby could be heard aggressively questioning people around him whether they even knew the name of the current song.

Despite some hostility brought to us in part by the hipster community, LCD Soundsystem lived up to just about everyone’s standards. The large venue surprisingly carried their sound well as they played some of their most famous songs such as “Daft Punk is Playing at My House,” and “Dance Yrself Clean.” It was understandable that the alternative rock reputation that LCD carries would ward off some of the younger X Games goers, but the group absolutely lit up Buttermilk and beyond. Their music went from a chilled out, low key groove to an out of nowhere spark that led into a mind-blowing head rush of fast-paced synthetic wonderlust. One of the most iconic moments was when lead singer, James Murphy, began singing the “Ahhhs” of “Dance Yrself Clean.” The whole crowd chimed in and created a wave of “Ahhhs” that shook the packed-down snow beneath our feet. After the chorus, the uplifting sounds of the beat drop composed of high-pitched beeps broke the aura causing the audience to go absolutely nuts.

As LCD bopped atop the elevated stage, it was evident they were feeling the wintery conditions. Steam billowed atop their heads as they enunciated the lyrics. Their attempts at slight dance moves resembled penguin waddles. However, towards the end, Murphy stripped off his blue parka as a sign of him putting his heart and soul into his music.

After LCD performed for a mere hour and a half, the whole venue just completely shut down. That meant it was time to make the crucial decision whether to attempt to call an Uber, or suffer through the whole bus experience yet again. Since the idea of counting buses like sheep seemed rather unappealing at the time, Uber seemed like the right choice. But a very bad one at that.

In order to get to the pick-up lot, X Games attendees had to exit the venue, cross the highway, hike up a steep flight of sketchy stairs, make their way across a sidewalk that could probably be mistaken for a giant ice rink and finally end up at a carpool circle. The circle was the biggest disaster of the whole experience. Other than the sprawled out figures of ear-muff wearing middle-aged women that did not take precautions during their slippery plight to reach their beloved car-service, crossing guards vigorously moved the cars along, taking their time to yell snarky remarks to the drivers and eagerly awaiting passengers-to-be.

The Uber option worsened as there were no Uber XL’s available, meaning groups with five or more had to split into two, and some drivers refused to take people farther than a few miles away. One driver, who agreed to drive to Basalt, explained that after a certain time, the price of their services would undergo a surge, so technically driving shorter distances, in and around Buttermilk and Aspen would be more profitable than accepting hour long trips.

The X Games brought more questionable experiences on night three, beginning with popular DJ, Marshmello, who was scheduled to perform at 4:30 p.m, an unusual time for a headlining act.

For one, not even 10 minutes into the concert, the porta-potties that lined the back edge of the concert area were already puke laden and one even had a fat piece of crap on the seat. Not to mention again that there was no access to the bathrooms (or trees) outside of the ticketed area.

The warmer weather allowed for the exception of wearing two pairs of socks instead of four and one sweater instead of three, yet it caused the snow-covered ground of the concert area to turn into a sheet of pure ice. It was quite confusing that the event staff did not see this coming because as Marshmello began whipping out some of his deepest, movement-inducing beats, a domino effect rippled through the entire floor space. One by one, face-painted, dilated-pupil eyed ravers went crashing down on the ice. Some even looked like they were doing an awkward version of the “the stanky leg,” with their legs disjointedly skidded around on the slick surface.

As the music blared on, colorfully dyed hair flailed around the crowd, it was surprisingly a nice contrast to the previous night’s more euphoric, alternative vibe. Marshmello’s introduction was by far the highlight of the whole X Games concert experience. A huge screen displayed Marshmello taking off his mask, only to reveal a video of actor Will Ferrell, who told the audience that he was secretly the DJ’s true identity. Ferrell added a comical twist, which hopefully everyone over the age of 20 got a nice kick out of (there was a handful of adolescent spectators that turned to each other and remarked how they did not realize Marshmello was that old).

Marshmello definitely knew how to put on a show. Strobe lights cut intensely through the daylight to the beat of the catchy EDM. He played some of his most beloved hits such as “You & Me” and (of course) “Silence.” It was not until the melody of “Sweet Child O’ Mine,” blasted through the speakers that there was anything that negative about his overall performance. The distinct high-pitch guitar riff cut through the dubstep, triggering literally everyone to stop what they were doing as they prepared to belt out that first infectious line: “she’s got a smile and it seems to me.” Even an older fellow dawning a black cowboy hat lit up to the sound of the classic Guns N’ Roses hit.

In that moment, the song abruptly changed into a dubstep version of some ditsy top forty track with “Sweet Child O’ Mine’s” guitar melody crammed in the background of the overwhelming, thumping bass. Other than that slightly major hiccup on Marshmello’s part, he gained the crowds respect back by playing the redeemable “Wonderwall versus Tremor remix,” a mix of two songs by Oasis and Martin Garrix. Girls frantically whipped out their phones preparing to record the initial, iconic beat drop on their Snapchat Stories, only to realize that the mosh got so wild that they probably weren’t even able to press the record button.

Sunday’s concert too, for some odd reason, lasted for only an hour and a half. Leaving a sea of intoxicated, revved up individuals to herd back towards downtown Aspen or to cluster around the remaining athletic events. Instead of dealing with Ubering again, the bussing system seemed like it deserved a second chance, which was another in a long series of inevitable and unfortunate mistakes. The busses that ran back to the neighboring towns required people to walk to a place that was in the relative vicinity of the Uber pick-up area.

Despite the buses coming from the games being a tad easier to catch, the scene within them was one for the books. At this point, even the spriteliest of fans were coming down from whatever substances they had consumed. The floors of the vehicle were decorated with an array of slimy, smelly barf. The mess traveled up and down the aisles as the bus driver jerked the breaks, causing sober passengers to squeal and make revolted faces at each other. Every few stops, the driver walked down the rows with a bottle of powder that he would sprinkle over the barf in order to keep it from running and reeking.

The bus drivers during this weekend really took one for the team. It was evident that the public bus system around the towns were improperly equipped for the mass exodus of blubbering, impatient and stumbling concert-goers.

To make something clear, this is by no means a bash on any of the athletes or the athletic events that were a part of the X Games. The X Games facilitated an exquisite environment for the athletes and their fans, which was something that should have been the highlight of the whole event.

If you are a fan of winter sports such as snowmobiling, skiing, snowboarding and snowbiking, attending the competitions is a fun and free way to spend your day. The concerts on the other hand, which cost $150 for three days, should not be anyone’s guiding factor in making the trek to Buttermilk, Colorado for the whole weekend.