Black Girl in a BlizzardColumnsOpinion 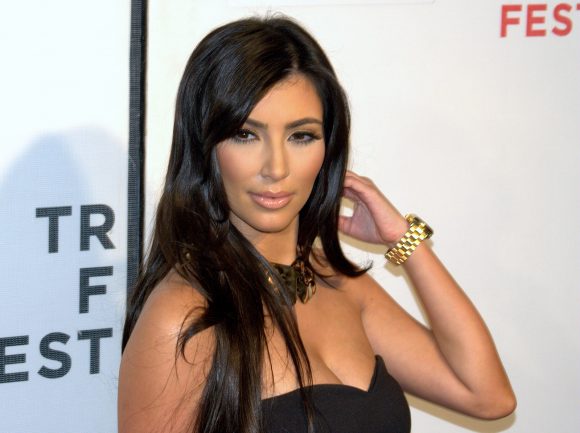 It looks like for once in my life I must defend Kim Kardashian.

Halloween was over two weeks ago, but social media is only just starting to die down concerning Kim Kardashian and her Aaliyah and Selena Quintanilla Perez costumes. Many people have argued that the black R&B legend and Latina icon costumes were offensive and were blatant examples of cultural appropriation.

While I have dedicated part of my writing career and my personal life to proving why the Kardashian Klan has capitalized off of stolen black and Latina culture, I have to disagree with the cultural appropriation allegations against her Halloween costumes.

I see no problem with the costumes she chose, as she dressed up as specific figures. That is the difference between her costume and racist costumes featuring gold chains, afro wigs or grills. She did not participate in stereotyping or reducing a culture to specific elements for the aesthetic.

It’s the difference between a character and a caricature. In the first instance, it’s celebrating Halloween by imitating a pre-existing character or a real person. In the second instance, it’s ignorantly impersonating a culture you don’t belong to for its aesthetic value or, often times, for the laughter it will elicit.

This doesn’t, however, give you a free pass to wear black, brown or yellow face because your character has a different skin tone than you. This also doesn’t mean you can dress up as religious figures or wear hijabs or headdresses without being offensive.

What’s the difference? Black, brown and yellow face has a nasty history of oppression and brutal racism that allowed white people to impersonate and make fun of people of color. Black face is another vehicle for reducing people of color to their skin tones to make certain implications through stereotypes that exist.

Religious figures and sacred artifacts are off limits because they have a deep meaning behind them that comes with history and, often times, worship. In some cultures, certain artifacts are only worn by specific people in their community, for specific purposes and/or at specific times. Wearing these things when you don’t belong to the culture and are ignorant of their history is wrong.

If you still don’t think it’s offensive to use sacred clothing or symbols because that’s what your character wears, think about it like this: many Christians would be offended if someone dressed up as Jesus or appropriated the cross for the sake of a Halloween costume.

However, this does not mean we have to be segregated to celebrating figures only if they are our same skin tone and racial or ethnic background. If you love a character that’s another race, celebrate them, but do it right.

Many parents argued over whether their white children could be Moana, the Polynesian Disney princess, for Halloween. Some called it a case of Kim Kardashian-type appropriation, but again, Moana is a specific character. She wears traditional clothing, but none of it is related to a sacred meaning.

Parents who refused to let their white children be Moana because of cultural appropriation did so out of compassion for the Polynesian culture, but that might be doing more harm than good.

To say that white children can only dress up as white princesses is to say they can only celebrate white images in media. We need more white children getting excited about princesses of color — particularly headstrong, unsexualized princesses like Moana — because it makes way for a society of white adults who see beauty in features other than those of European beauty standards. It makes way for white adults discriminating less against people of color.

It’s a small but significant step.

Yes, it can be a complicated issue with “rules” and exceptions, but race is often a gray area. It’s a gray area that’s important and must be navigated with caution because its treatment has the potential to hurt people.

Both effect and intention are important when talking about race. You shouldn’t intend to be offensive with your costume or intend to use a culture for its aesthetic. Conversely, you may not have intended to be offensive, but if harms a community of people that intent doesn’t matter much.

That may be the root of the reason Kim Kardashian has gotten a great deal of opposition to her Aaliyah costume when her sister, Kourtney, received praise for her Michael Jackson costume: Kim has a history of “unintentional” cultural appropriation that has been harming communities of color.

Kim Kardashian has been photographed with extremely faux tanned skin — a form of blackface. She has made hairstyles like cornrows and beauty “trends” like long nails “edgy,” despite the fact that black women and Latina women (in the case of long and/or acrylic nails) have been wearing them for decades and beyond.

Her family has been participating in cultural appropriation and has stolen designs from black designers. They have participated in black culture, dated black men and had black children without using their platform to speak out about racial oppression.

Then, in defense of her Aaliyah costume, Kim Kardashian said, “We don’t see color in our home.”

These issues and transgressions I cannot and will not defend. Though she says she does not intend to be offensive, she has been countless times. Because of that, it is unsurprising that people were quick to call her costume cultural appropriation.

Though in this case I don’t see anything wrong with the Kardashians dressing up as black figures without black face, their past does make me wonder if they are simply using these figures for another “edgy” aesthetic. That’s where much of the anger comes from — a possible violation of the intention prong of cultural appropriation.

My advice for next Halloween is to ask yourself three questions: Am I a character and not a caricature? Am I wearing anything sacred or of cultural significance that shouldn’t be worn by outside cultures? Am I dressing up as this character because I appreciate them or am I using them for aesthetic or effect?

Some people are angry at these growing restrictions and the fact that “you can’t do anything without offending people these days.” But these restrictions are not new. Stereotyping and cultural appropriation have always been wrong. With a history of legal and social oppression, we could not voice our objections to black face or people stealing black fashion or beauty trends. If we did, white people didn’t care.

Pick a costume that doesn’t offend, it’s as simple as that. If you read that sentence and objected, something else is wrong.

Lauren Arnold is our managing editor and our Black Girl in a Blizzard columnist, exploring black feminist issues. A Colorado native, Arnold is double majoring in creative writing and communication.