Jacob Banks appeals to the emotions at Larimer Lounge 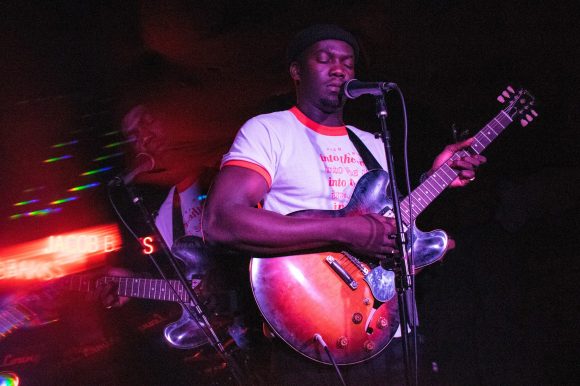 “I have a joke to tell you all,” English blues singer Jacob Banks exclaimed to a buzzed and cheering crowd.

“If you know it don’t say shit, ok? What do you call Batman when he skips church?” Silence fell over the Larimer Lounge Saturday night as the audience members truly gave the question thought. “Christian Bale.” Laughter erupted as the crowd acknowledged the cleverness of the joke.

Banks’ personality was comforting. His brief and casual interactions with the audience, and his confidence onstage, makes you feel like you’re there to support a friend. At the show, it was so impactful that one audience member was constantly shouting words of encouragement to the singer — “You’re doing great Jacob!” “Keep it up!”

Jacob Banks has found great success throughout his career. “Worthy” and “Next Hype,” off his debut EP, received airplay from notable British radio stations such as Zane Lowe’s BBC Radio 1, XFM and 1Xtra in 2013. Another song of his, “Move With You,” was featured in the FIFA 15 video game.

Around 10:30, the small neon sign at the back of the stage suddenly glowed Banks’ name in red as his band members came onstage and took their places. Banks followed wearing his own tour shirt, joggers and signature beanie. He greeted the crowd before opening his set with the hit that started it all, “Worthy.”

The song was followed by the opening track off his second EP, “Sink or Swim,” and then “Monster.” The piano chords during the chorus of “Monster” were replaced with a shoegaze sounding guitar, which made the track glisten with sound more vibrant than the original recording.

Banks closed with “Chainsmoking.” The song’s distinctive synths were played on a backtrack, while his guitarist mimicked the the epic chords. I got goosebumps from the flow of the song.

Throughout the show, I couldn’t stop thinking about how phenomenal Banks’ voice is. His soulful, soothing vocals — his tone, articulation and low register — sound like a blend of John Legend and B.B. King. But what ultimately makes his voice distinguishable is his John Mayer-like falsetto — which has probably taken years to achieve such fullness and chest-like power, yet still sounds raw and organic.

Banks’ voice is hypnotizing. When showcasing a new song, “Pilot,” for example, the audience was chatting as he strummed a solo on a beautiful sunburst Gibson hollowbody guitar. The second he started singing, the venue went silent and all eyes were on the Englishman, mesmerized by the authentic emotion in his voice. As I listened, I felt whatever pain inspired him to write the song.

When I first arrived at the Larimer Lounge I wasn’t in the best mood. I was tired and had a lot of work that was detracting from my focus. Being the only one at the venue without an alcohol wristband didn’t affect my mood positively, either. But watching Banks perform made me forget about all of that.

Banks is a natural performer, a talented songwriter and a God-gifted vocalist. When you have those three things, you impact anyone in just about any condition. 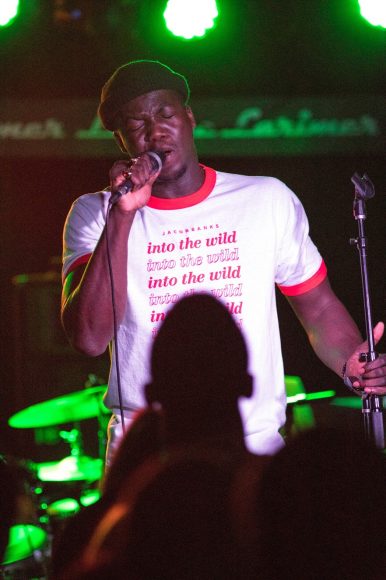 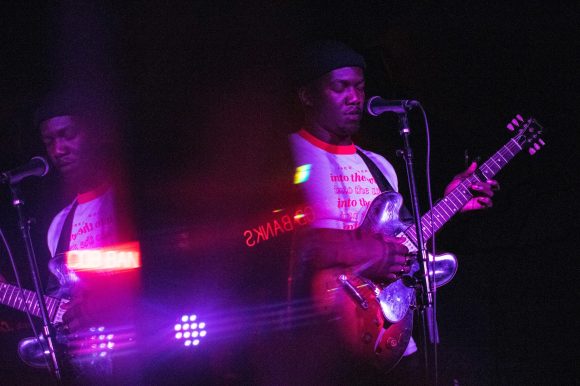 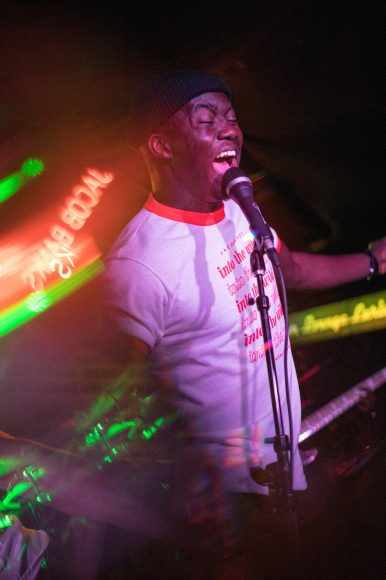