Concert review: together PANGEA at the Larimer Lounge 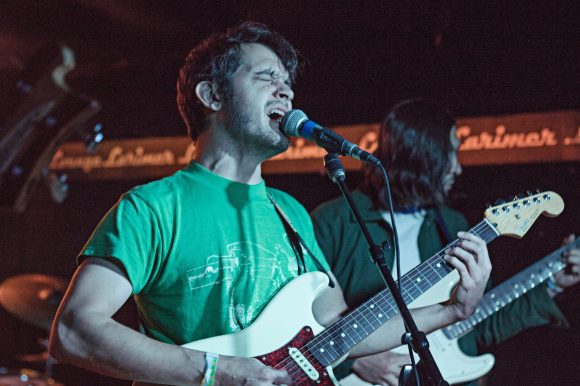 It is always nice to receive a reminder that punk isn’t dead. Together PANGEA provided one Friday night during their high-energy show at the Larimer Lounge that could’ve powered Denver for the next 10 years. Fans of the band packed into the back room of the venue to experience a punk show in full force. While these shows may not be for everyone, those who enjoy bruise-inducing moshing must see together PANGEA. 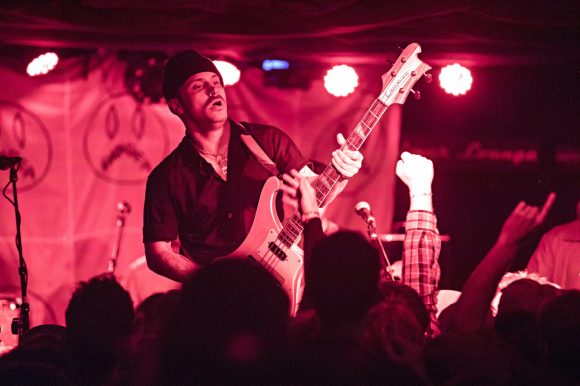 The second the band started performing their opening hit, “Alive,” the crowd went ballistic. Everyone threw themselves into each other and pushed the barrier to the stage off the ground. Throughout the show, stage monitors standing on the barrier were falling, and some onto the band’s pedal boards.

At one point, equipment pushed by fans accidentally knocked over the group’s beer and the show had to be stopped for a couple minutes to replace the damaged equipment. But the band didn’t appear to care, as this probably was a regular incident. One of the most interesting components of the show was the number of stage divers. There was never a second during the show that someone was not either flying above the crowd or standing on the barrier preparing to jump.

One thing that was disappointing, however, was that the vocal mics, even for a punk show, were far too quiet. While many punk rock fans know that guitars are usually the loudest element, it almost sounded as if the microphones were off.

Even for a band so successful as together PANGEA, they are still some of the most genuine and down to earth people. Not only did they perform two encore songs, they even hung out after to sign merchandise and talk to concert goers. Outside of the venue, fans were comparing bruises and stories of how they got clocked in the face or kicked in the head in what was one of the most lively performances recently in Denver.