Halftime Report: Colorado down against Arizona, 21-14 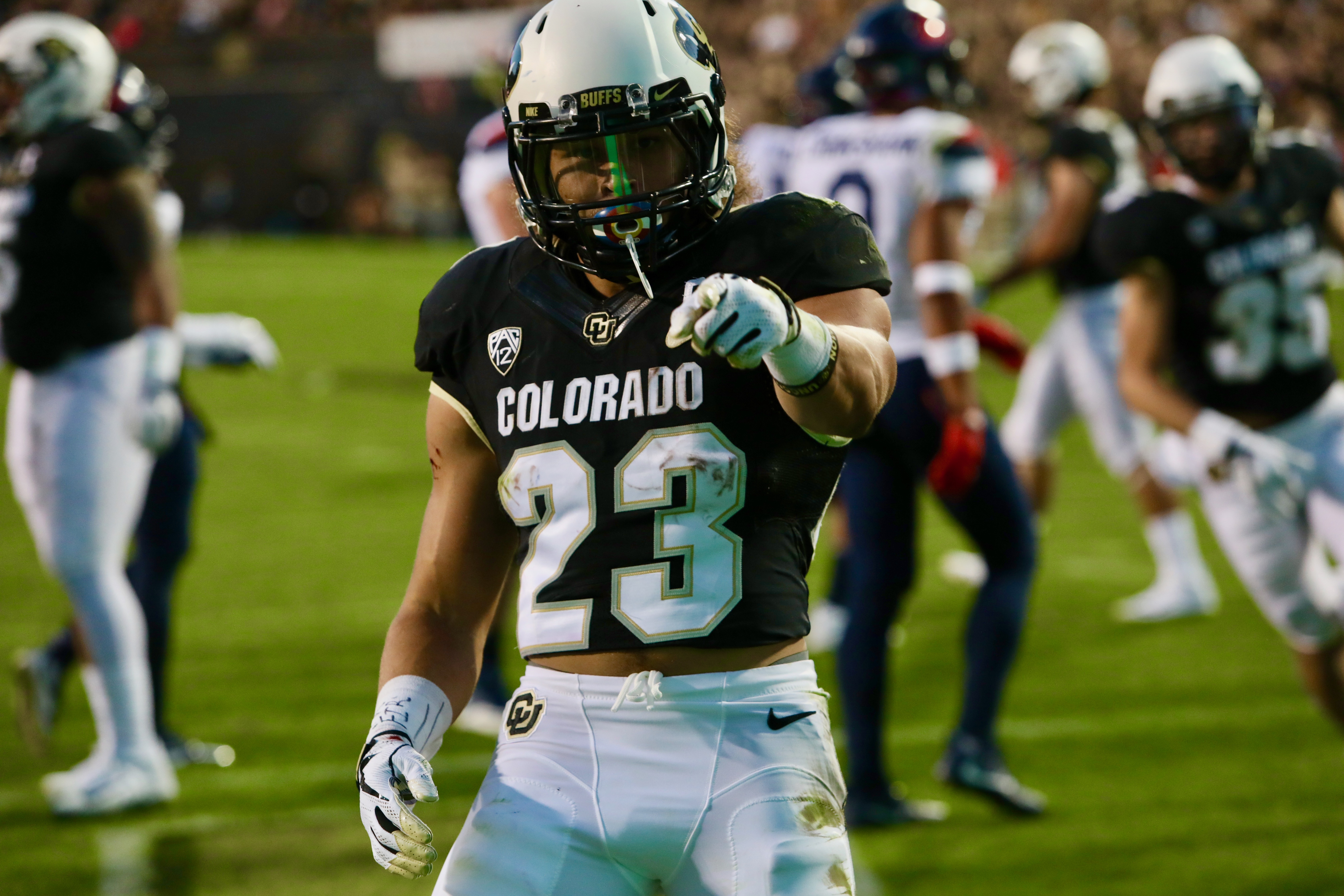 The Colorado Buffaloes are currently playing host to the Arizona Wildcats and after two quarters of play, the Buffs trail Arizona 21-14.

Colorado won the opening coin toss and deferred. On their first drive of the game, the Wildcats established a solid ground attack, as quarterback Brandon Dawkins scrambled out of the pocket multiple times for sizable gains.

Dawkins was hit out of bounds by Colorado junior linebacker Drew Lewis, which resulted in a 15-yard penalty and an extension of the Wildcats’ drive.

Colorado was unable to take advantage of the turnover, as sophomore quarterback Steven Montez was sacked for a loss of 16 yards on the Buffs’ first offensive play of the game, leading to a punt from deep inside their own territory.

Dawkins exited the game after being hit hard by Lewis, but his replacement, sophomore Khalil Tate, got to work quickly, faking out most of CU’s defense on a keeper which turned into a 58-yard touchdown run.

On the Buffs’ ensuing possession, a 39-yard reception by junior wideout Jay MacIntyre and smaller, nagging gains by senior tailback Phil Lindsay allowed Colorado to tie the game at 7. Lindsay was able to punch it in from the 5-yard line.

After Lindsay’s score, the Buffs got burnt by Tate again, as he found the endzone on another rush attempt, this time from 28 yards.

Montez has not throw the ball much, as Colorado’s offensive line had a hard time protecting him. Montez was rushed constantly and the Arizona defense sacked him four times in the first half.

Down 14-7, the Buffaloes mounted a counterattack that chewed up the majority of the second quarter. Colorado managed a 19-play, 85-yard touchdown drive that succeeded largely thanks to Lindsay, who again found the endzone for the Buffs.

Lindsay has run the ball 22 times for 111 yards thus far.

The Wildcats got the ball back with just over two minutes left in the half and Tate struck yet again, juking Moeller en route to a 37-yard gain. Tate was hit late out of bounds and the resulting penalty placed Arizona on CU’s 16-yard line.

Tate soon found Brown in the endzone and the Wildcats capitalized before halftime, taking a 21-14 lead.

The Buffs got the ball back with just under 90 seconds left in the half and Montez looked good through the air. But Colorado’s drive stalled and a 50-yard field goal attempt by freshman placekicker James Stefanou failed to make it between the crossbars.

Colorado will receive the ball to begin the second half.

The CU Independent will have a full report on the action between Arizona and Colorado after the game ends.