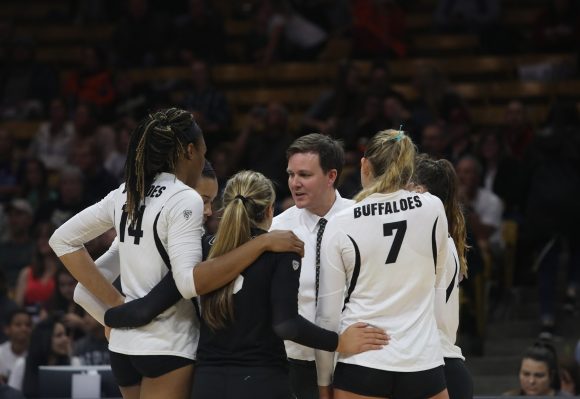 The first set started close, with both teams going back and forth early. But CU began to break away, scoring five straight points to go up 8-3.

Colorado would lead by as much as 10 in the first set. Stanford fought back though, going on an unanswered streak of its own, pulling with CU 24-20. But the Buffs finally got the game point, and won the first set, 25-20.

The Cardinal had trouble staying in bounds, as several attacks fell well over the line. Stanford also had trouble getting past Colorado’s blockers up front, who defended the net well.

The Cardinal came into the second set strong, going up 10-4 early after several aces. They wouldn’t let up, keeping a comfortable cushion over the Buffs all the way to a 25-13 win of the set.

The third set was the closest of the game, with neither team able to gain more than a 2-point lead. Every time Stanford came close to breaking away, junior outside hitter Alexa Smith stunned the Cardinal with an impressive kill. Junior middle blocker Naghede Abu also came up big, getting some crucial blocks and kills.

With Stanford up 24-23, The Buffs scored two straight to set up the match point, but Stanford responded with two straight of its own to go up 26-25. After some back and forth action, Colorado finally ended it with a kill courtesy of Smith, winning the set 29-27 and taking a 2-1 lead in the game.

Smith was the Buffs’ biggest Cardinal killer on Sunday, as she led all players in the match with 25 kills and added 12 digs in the loss.

The fourth set was a close one as well, but the Buffs refused to let the Cardinal run away with it, even after Stanford went up 21-17. Some great play again from Smith helped the Buffs claw back, tying it up at 21. After senior opposite Joslyn Hayes set up the match point on an excellent kill, Stanford stood tall, surviving several tough volleys and taking the set 29-27.

Hayes was next behind Smith on the Buffs, contributing 16 kills.

In the game’s final set, the Cardinal looked a lot like their usual selves, going up 12-7. But the Buffs refused to go quietly, fighting back to within three. It wouldn’t be enough, and Stanford won the set and game, 15-12. 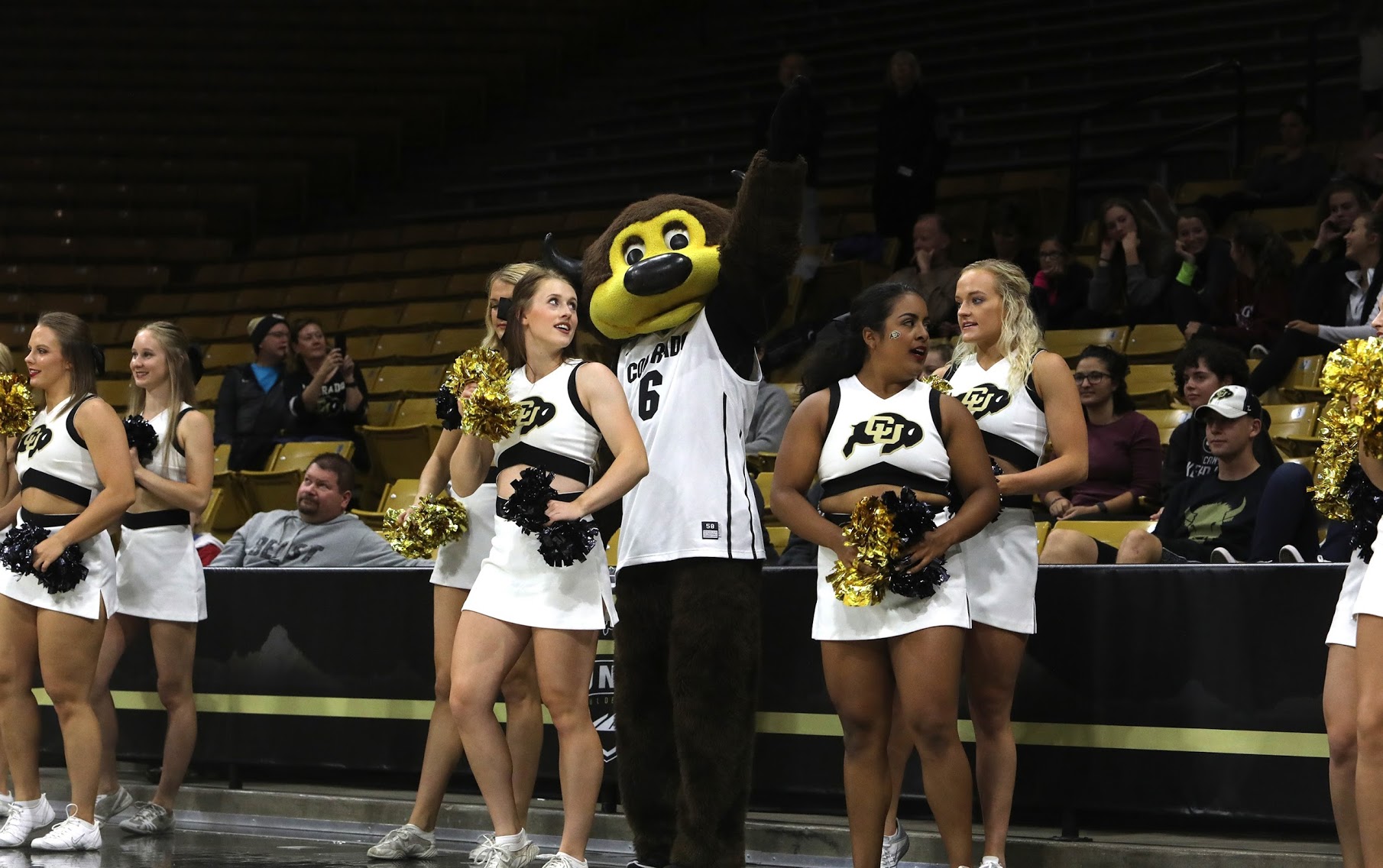 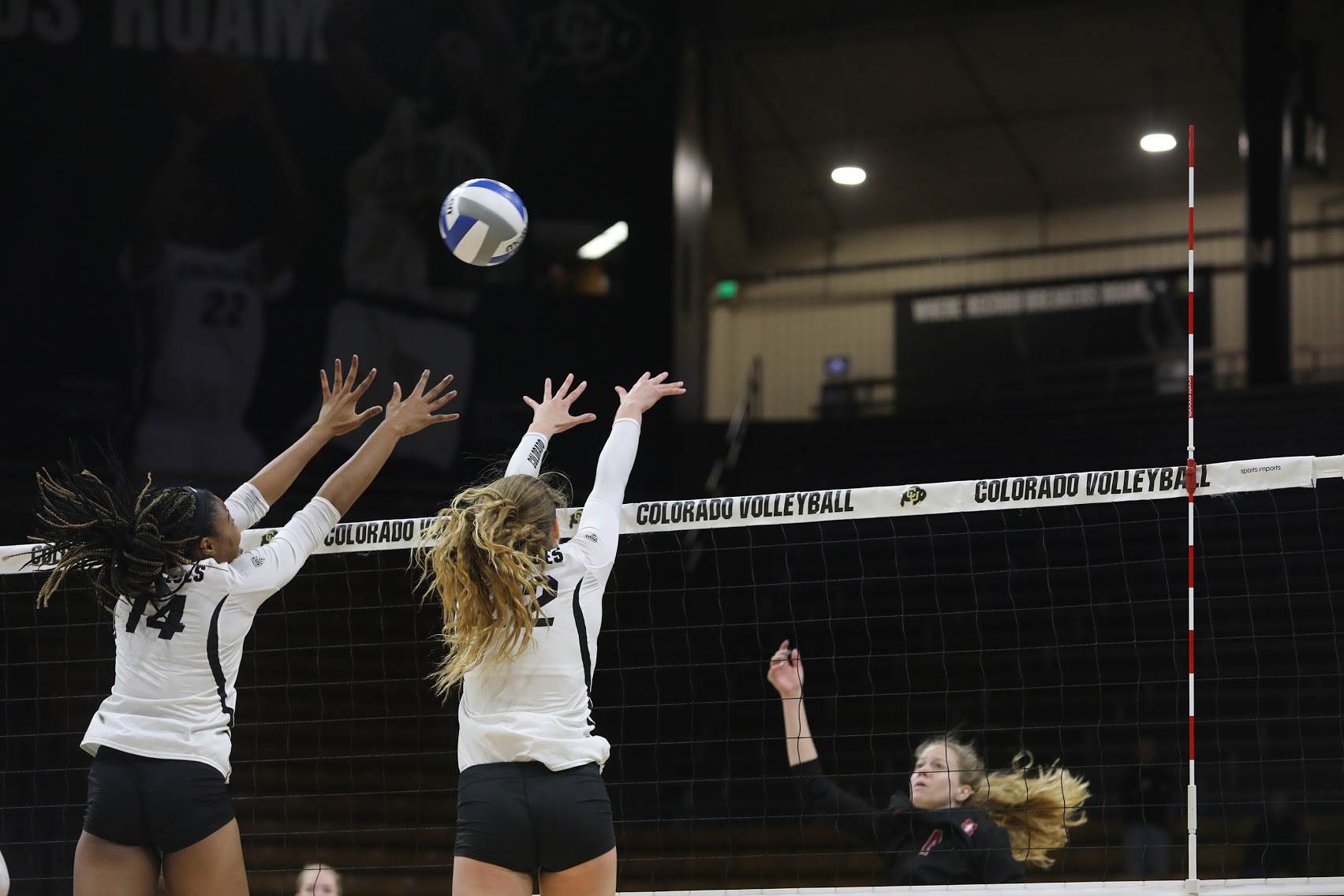 Naghede Abu and Rachel Whipple reach for the ball during the CU versus Stanford game. Sept. 24, 2017. (Bri Barnum/CU Independent) 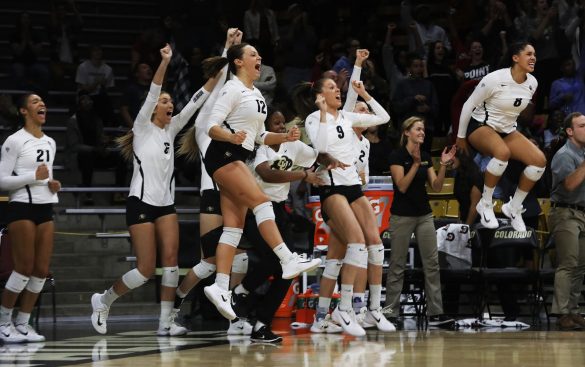 Members of the CU women’s volleyball team celebrate after winning a set during the CU versus Stanford game on September 24, 2017. They won their last game against Oregon State Sept. 30, 2017. (Bri Barnum/CU Independent) 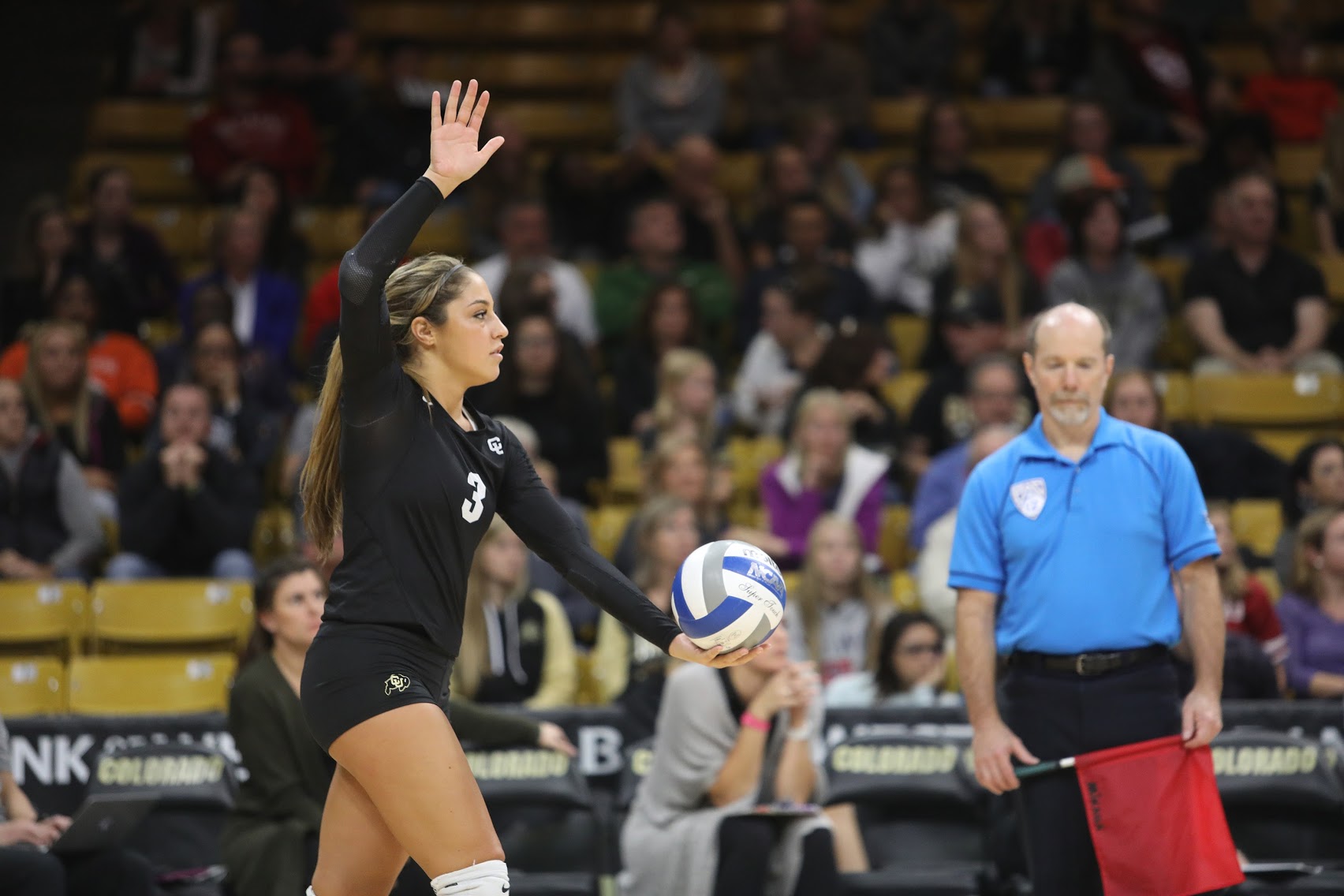 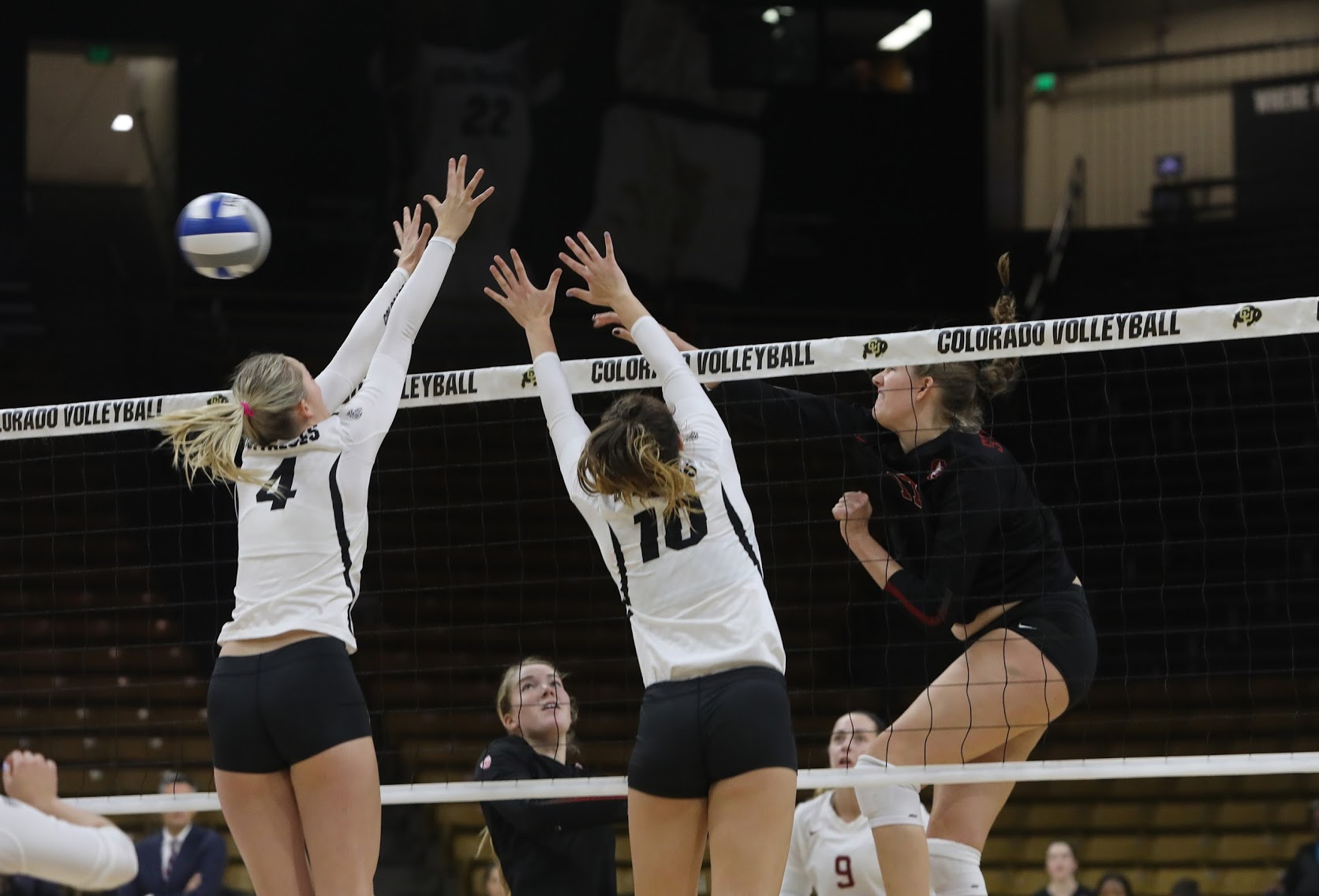 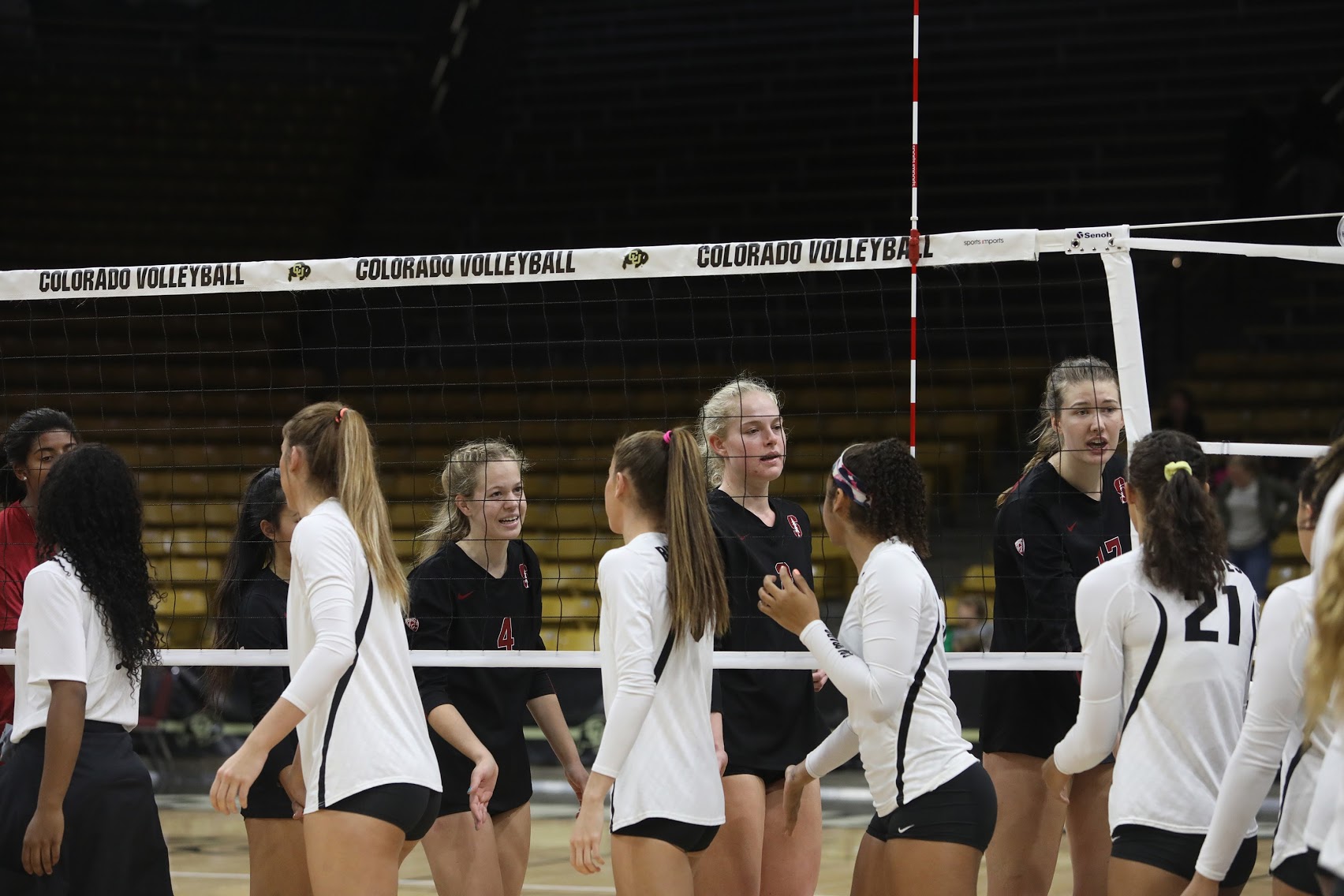