In their final nonconference game, the Colorado Buffaloes held on to defeat the Northern Colorado Bears 41-21 on Saturday. It was the closest CU has come to a complete game, but a strong passing attack from UNC and some blunders on the secondary still leave this team with some serious questions heading into Pac-12 play.

The Buffs fell behind 7-0 to start the game as the Bears went on a six-play, 70-yard drive topped off by a 33-yard touchdown pass from quarterback Jacob Knipp to receiver Alex Wesley. Sophomore quarterback Steven Montez and the CU offense responded, scoring 28 unanswered points to go up by three touchdowns in the second quarter. UNC would put together one more scoring drive before the half, as  Knipp connected with receiver Alex Wesley for a 52-yard touchdown, making the score 28-14.

After struggling in the first two games, the Colorado offense finally seemed to find its groove in the first half, as Montez piled up 215 yards and three touchdowns in the first two quarters. Montez was forced to make most of his throws on the run, but was able to connect with his star senior receivers Shay Fields Jr., Bryce Bobo and Devin Ross. Montez would finish the game with 357 yards, four touchdowns and an interception. He also picked up 68 yards on the ground.

Senior running back Phillip Lindsay didn’t see many touches, but he did well with the opportunities he got, gaining 151 yards on 26 attempts and scoring a touchdown early in the game.

The Buffs defense started poorly, allowing UNC to march up the field early in the game. While the unit would go on to force a couple turnovers and smother the run game, the D continued to struggle against the pass. This allowed Knipp to rack up 202 yards on 34 attempts and three touchdowns. Whenever it seemed like the Buffs were finally breaking away, Knipp was able to push the ball downfield and find an open receiver for a score. After not allowing a touchdown in their first two games, the Buffs defense gave up 21 points in a disappointing performance.

“We did not come out very hard today,” said Derek McCartney, senior linebacker. “Northern Colorado played really hard. That was one of the things that was just different between us.”

The Bears also caught a big break on special teams when punter Keifer Glau’s kick bounced of the leg of CU’s junior defensive back Daniel Talley. The Bears fell on the ball, earning another possession at midfield. However, they were forced to punt again three plays later.

The Bears came out of the half strong, scoring on their first possession with a 27-yard pass from Knipp to tight end Michael McCauley. CU would respond with a good drive of their own, but would have to settle for a field goal. Neither team would score again until the fourth quarter, when Montez fired a 14-yard bullet to junior receiver Jay MacIntyre in the end zone to go up 38-21. Another late field goal for the Buffs would put the final score at 41-21.

Penalties were a big problem on both sides of the ball for the Buffaloes, with offsides and holding calls slowing the momentum. Both senior safety Afolabi Laguda and junior defensive end Chris Mulumba were ejected for targeting in this game with big hits to receiver Hakeem Deggs and Knipp, respectively.

With the win, Colorado moves to 3-0 on the season, sweeping its nonconference opponents. Up next, CU will face No. 6 Washington in the Pac-12 opener for both teams. That game will kick off from Folsom Field on Saturday at 8 p.m. 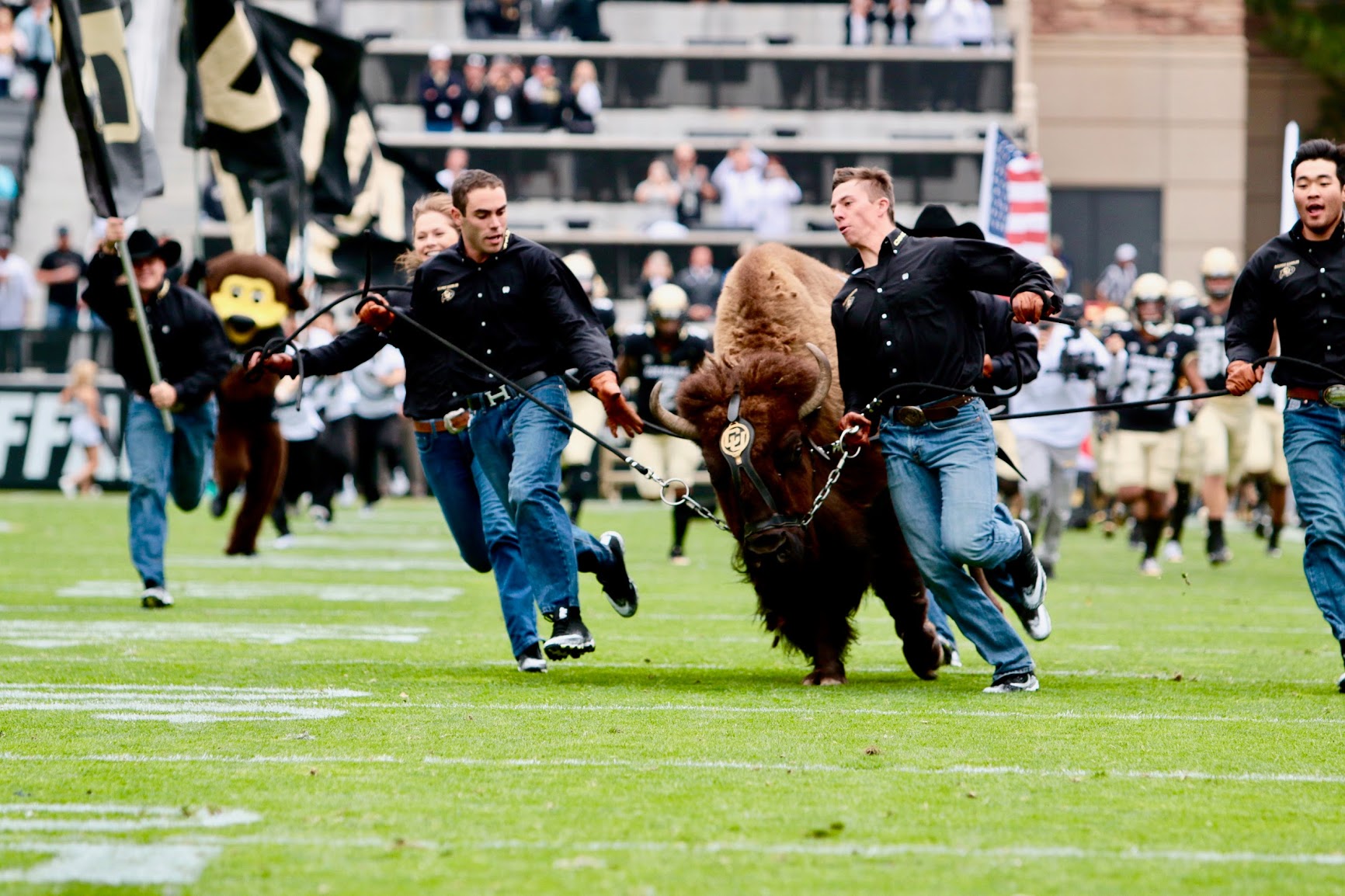 Ralphie runs along the field with the players following behind. Sept. 16, 2017. (Max Sassaman/CU Independent) 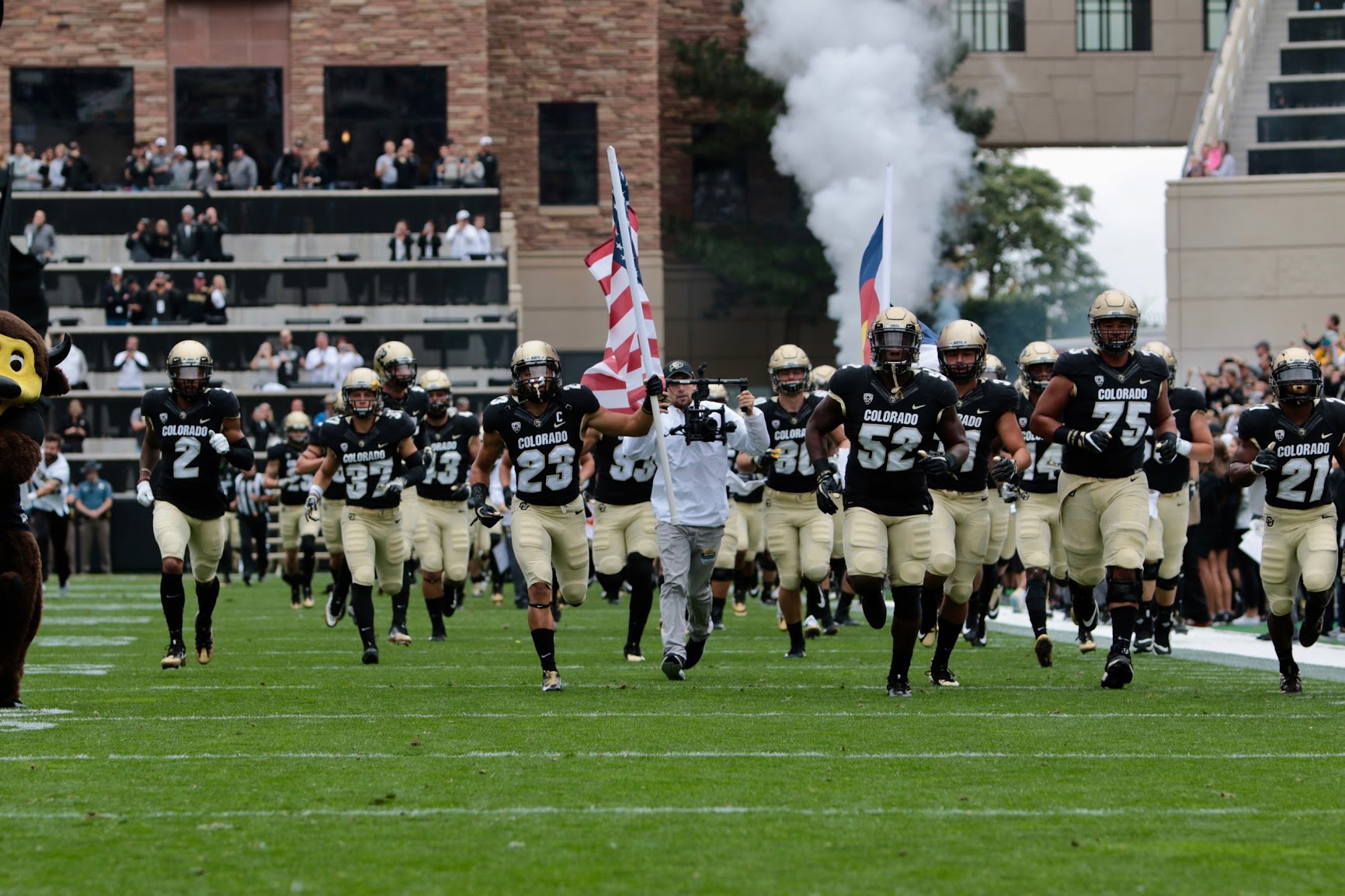 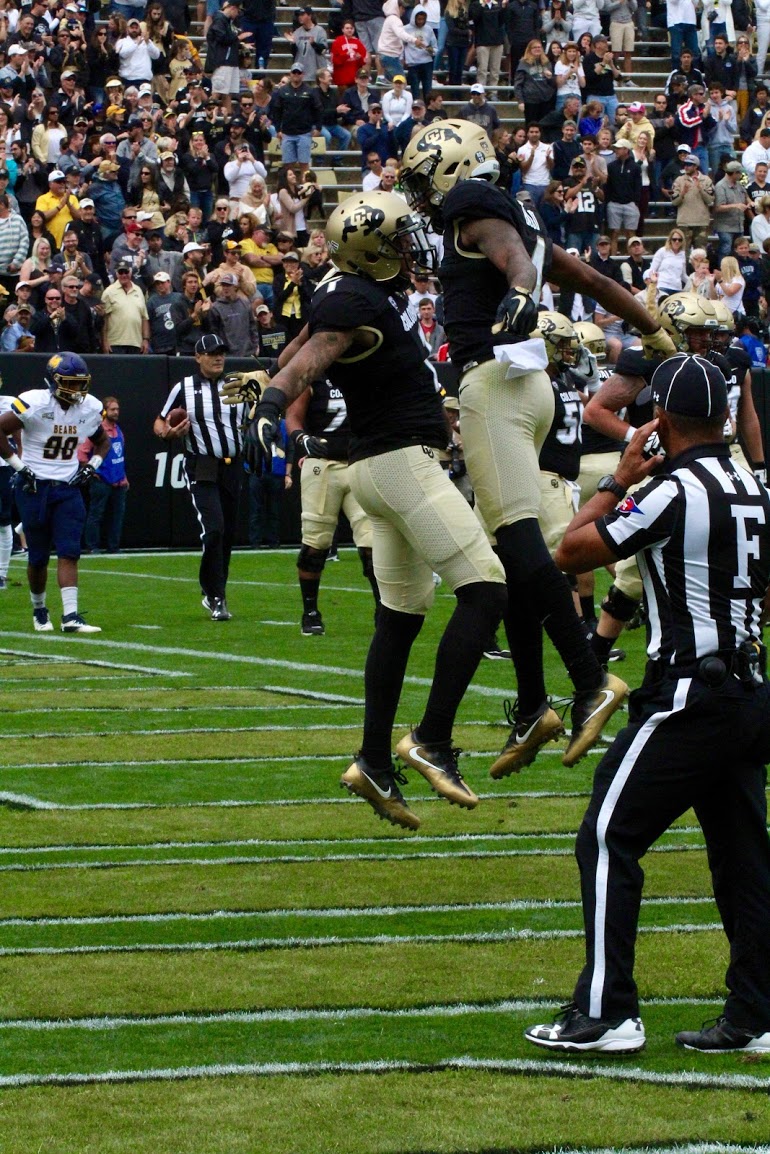 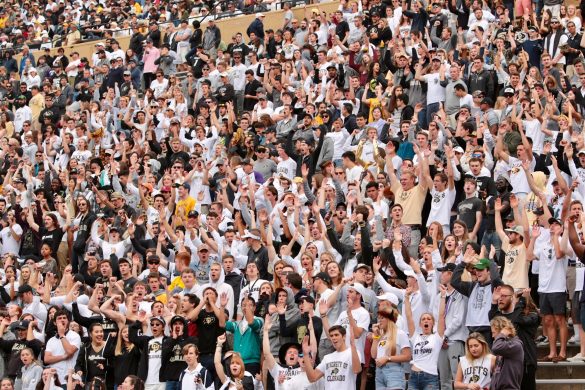 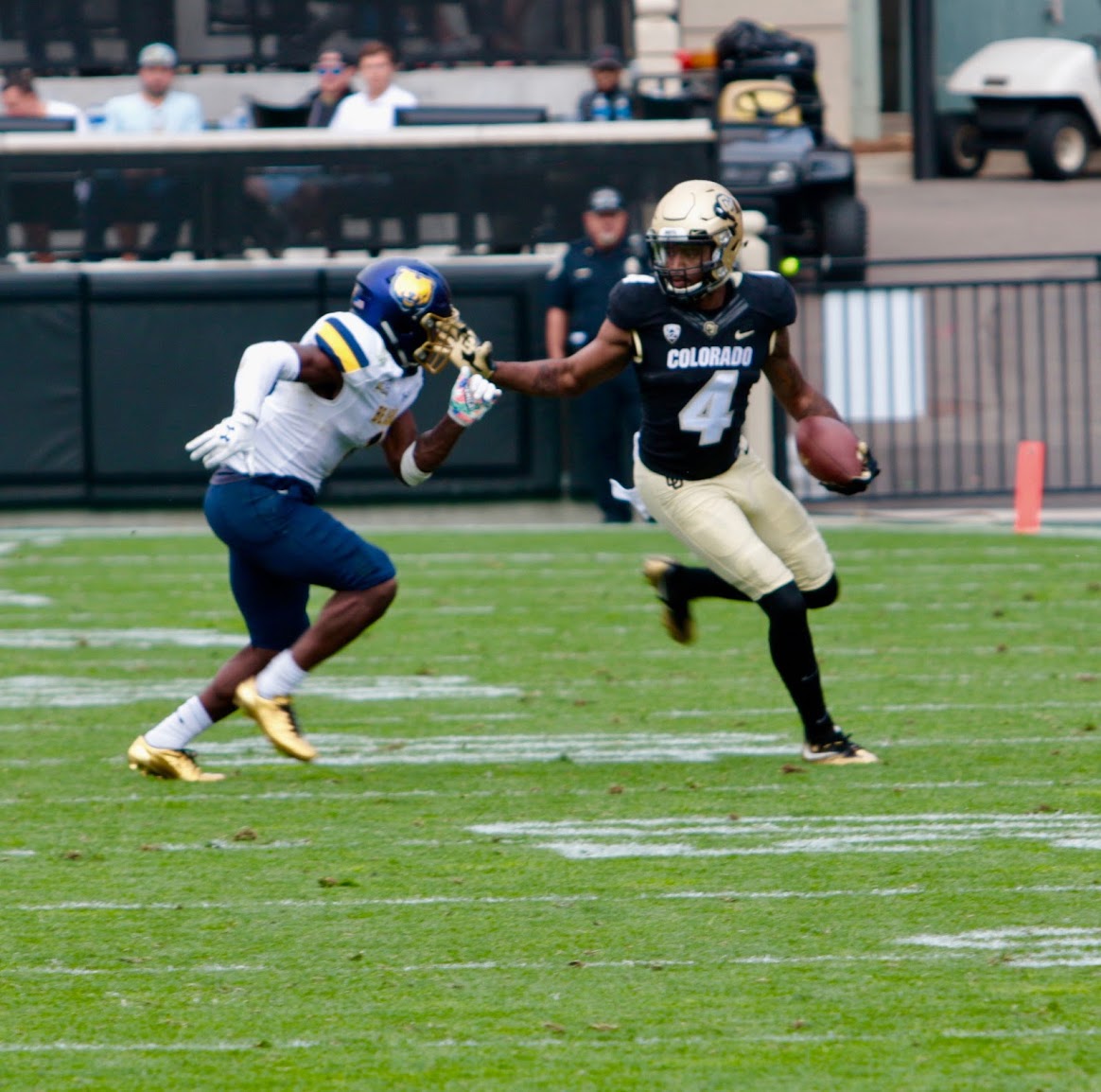 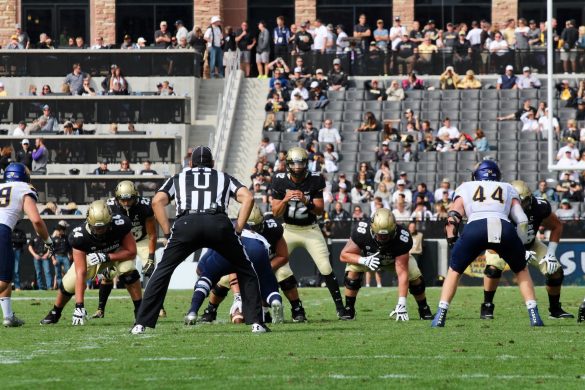 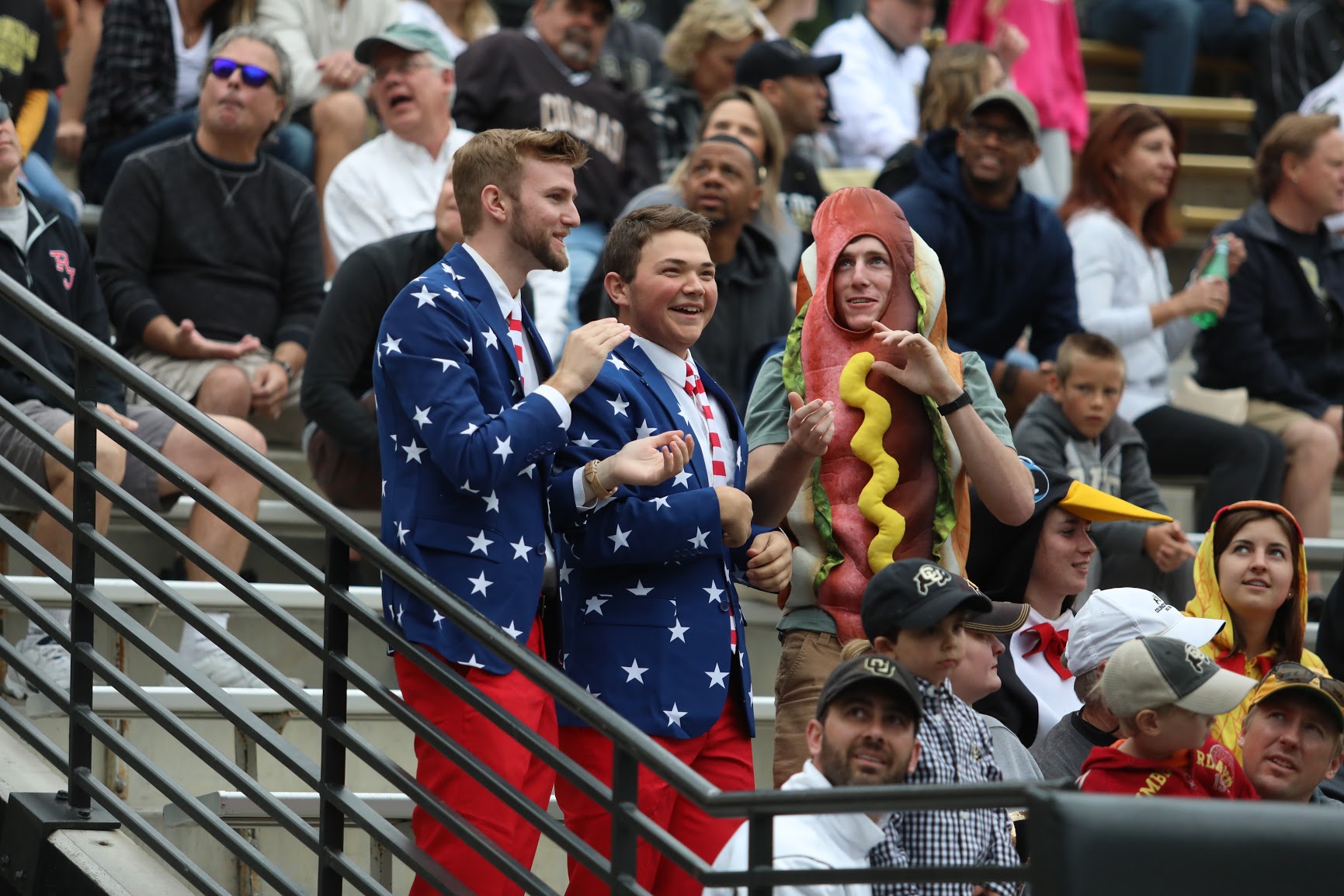 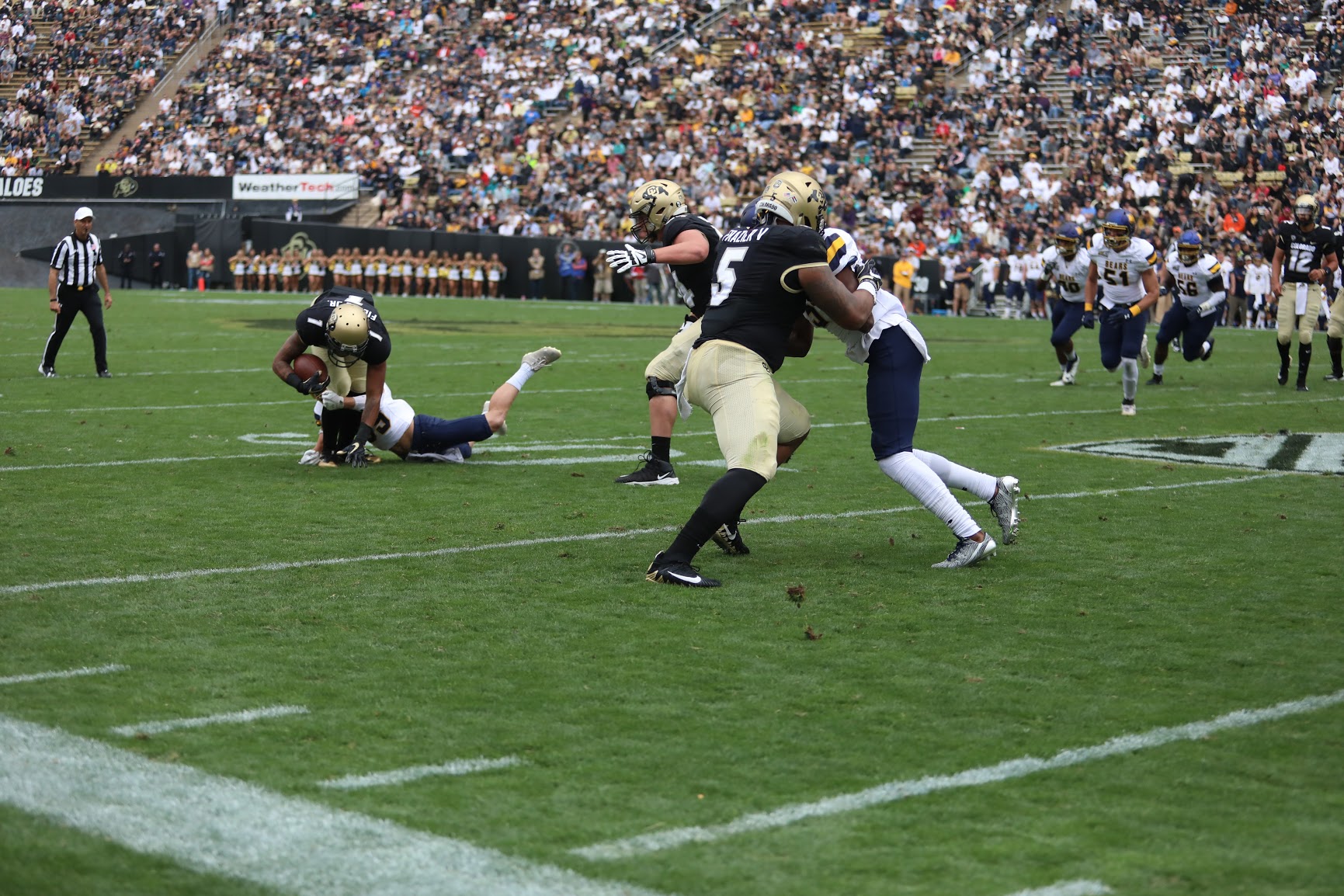 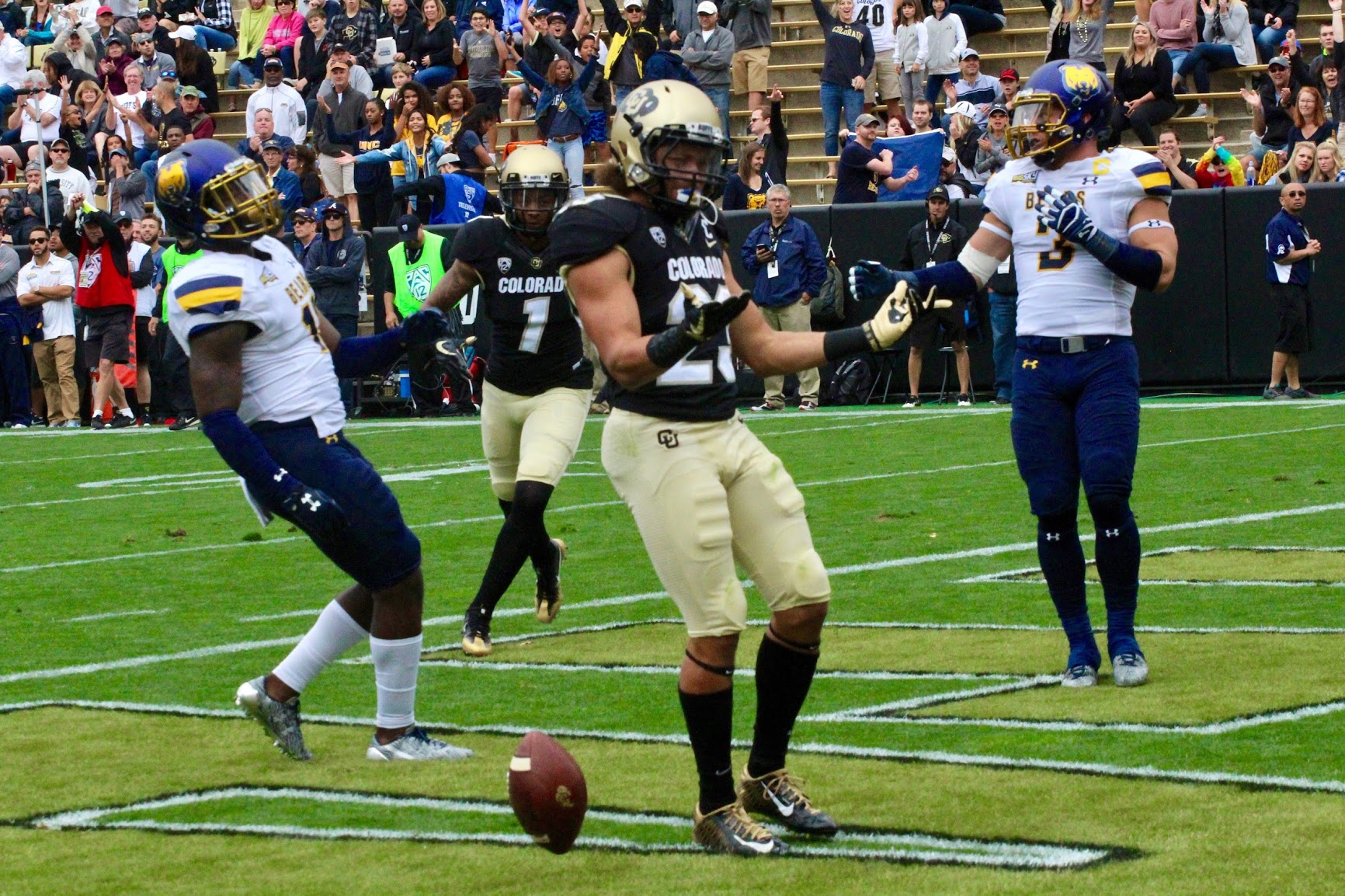 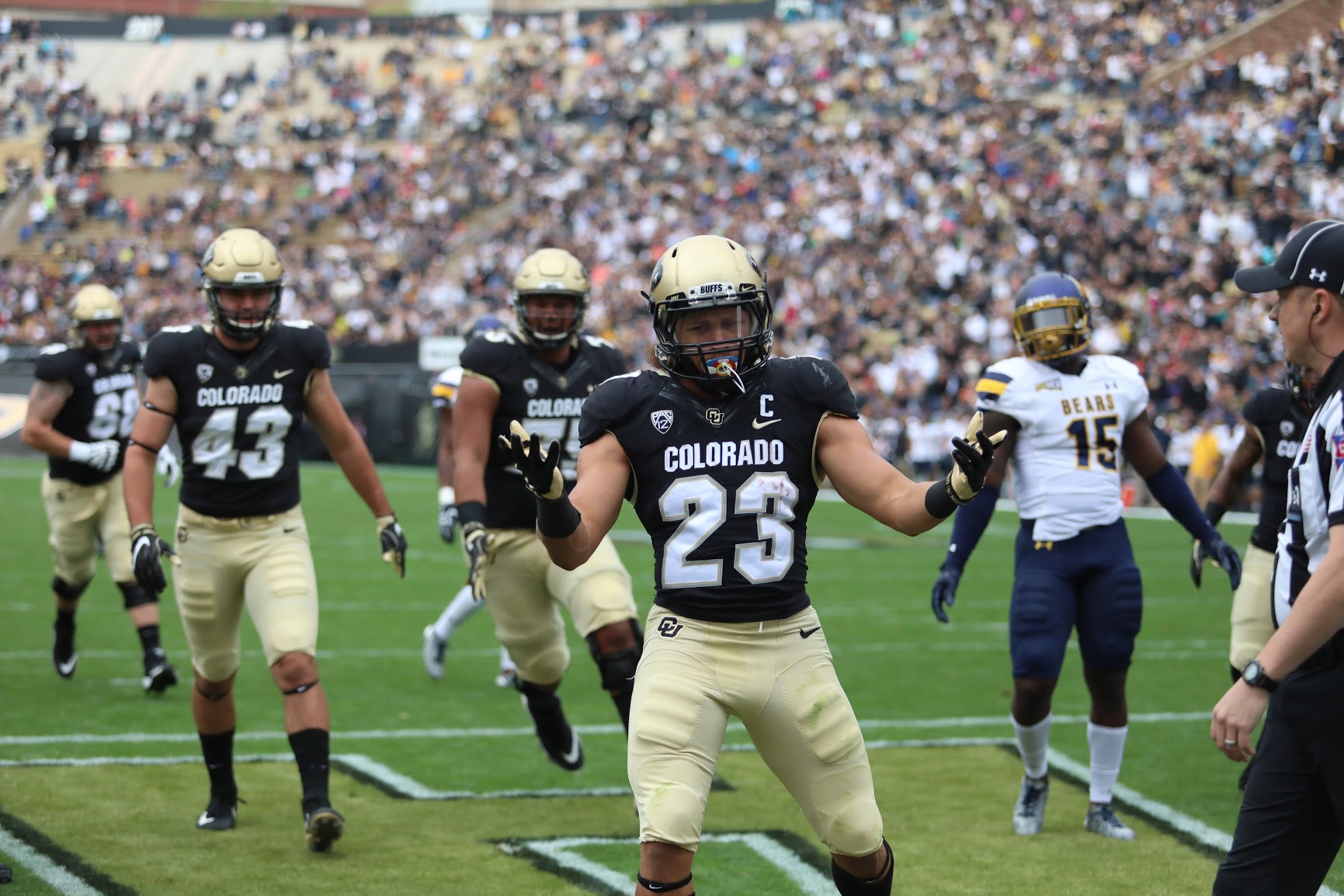 Phillip Lindsay poses for the camera after scoring a touchdown to put the Buffs in the lead. Sept. 16, 2017 (Kirra Cobb McGowin/CUIndependent) 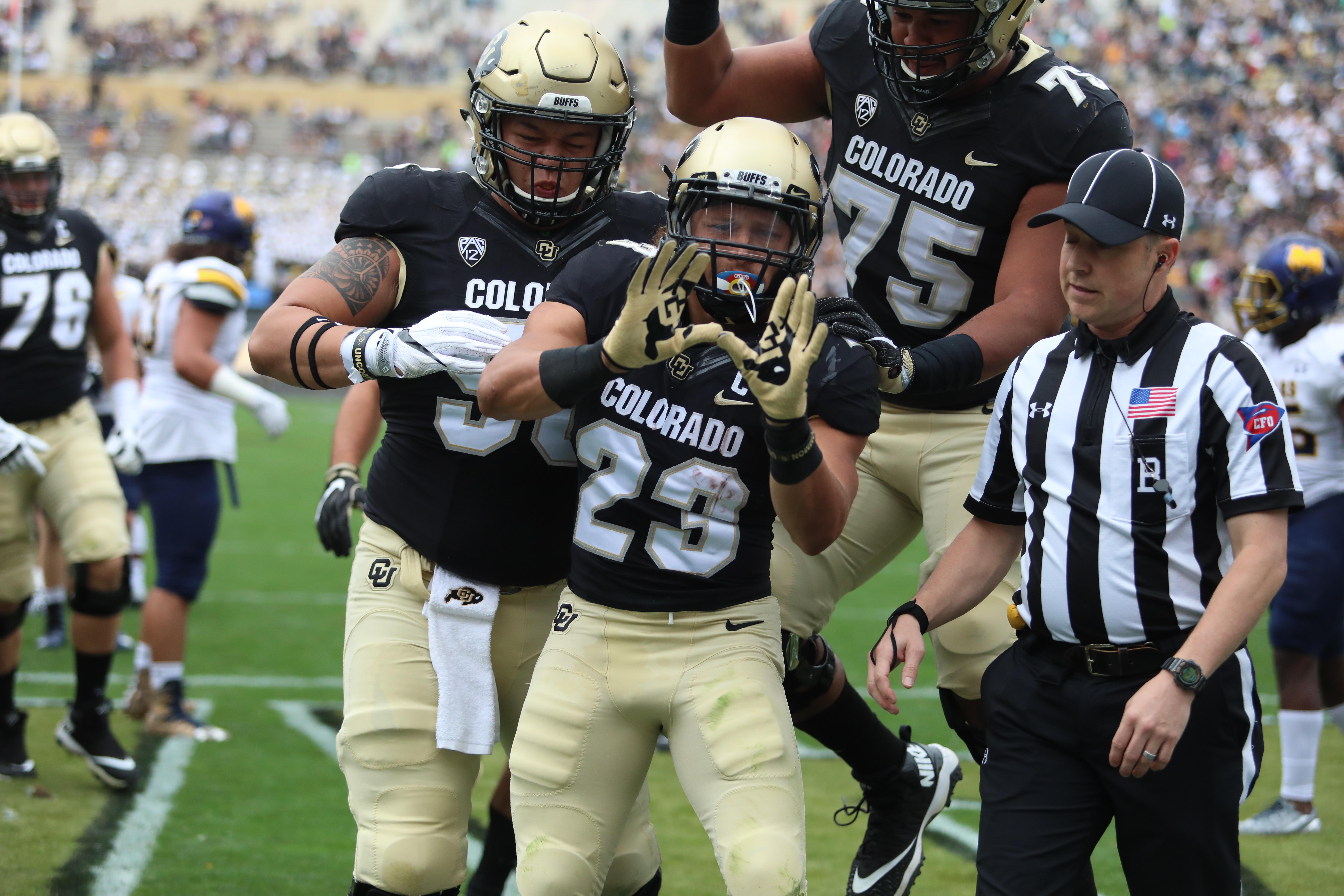 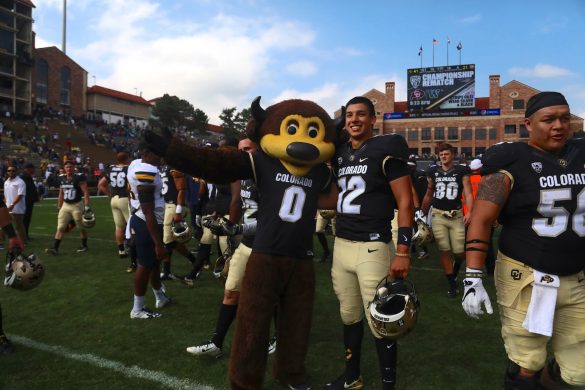