The Middle Eastern Student Association (MESA) and Dennis Small Cultural Center partnered together to host the first University of Colorado hijab fashion show Wednesday evening. Thirty-seven models displayed ensembles from 24 countries as far west as Morocco and as far east as Japan. To maintain authenticity, only countries which students could trace their heritage to were represented.

In an effort to dispel misconceptions surrounding the hijab and encourage multiculturalism, the show organizers emphasized the importance of not only tolerance, but acceptance and appreciation for those with cultural or religious differences. 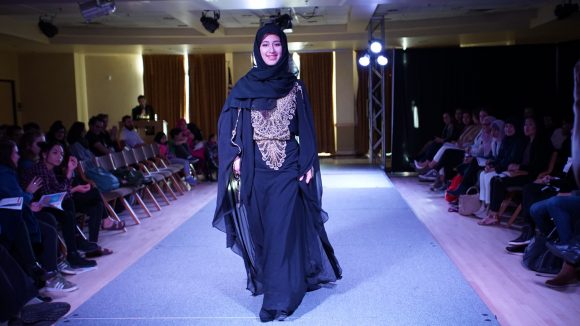 “We are conveying the message that the hijab is not a sign of oppression but a symbol of beauty, modesty and purity for Muslim women,” said Mercell Enayat, someone who helped coordinate the event and leads MESA.

While she does not wear a headscarf herself, Kuwaiti student Maysa Al-Mutawa chose to participate to promote an awareness for the unique customs and clothing of different regions.

“The hijab symbolizes us as a Muslim, it has nothing to do with what’s going on around the world,” Al-Mutawa said on the importance of distinguishing between Muslim identity and global politics. 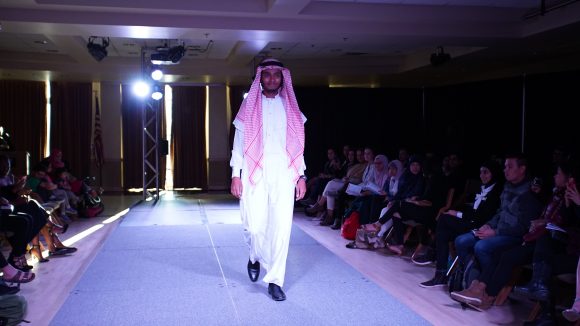 The show emphasized the idea that not all Middle Easterners are required to wear the hijab. It also stressed that the custom of wearing a headscarf is not unique to the Middle East, as Muslims are found in many world regions. Fashions from North Africa and East Asia were included to promote this understanding.

“I wanted to share my culture and learn about other cultures,” said Minori Muramatsu, Japanese exchange student and show model. She hopes to show the varying styles of a diverse U.S. population. 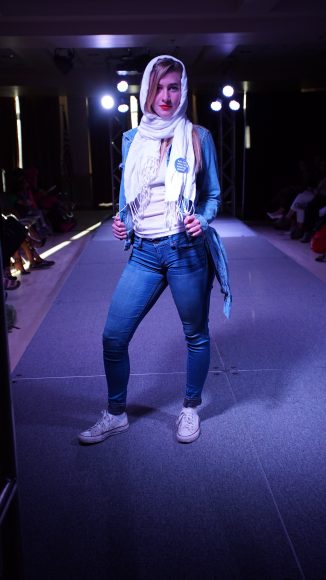 A short reception following the show saw Nashrah MohdReza, a Malaysian model at the show, present her video project depicting the everyday realities of being a Muslim woman in America. MohdReza, a high school sophomore, was introduced to the event by her older sister, who is a member of CUSG.

Her short film, titled “The World I Want to Live In,” became a finalist in last year’s White House Student Film Festival. 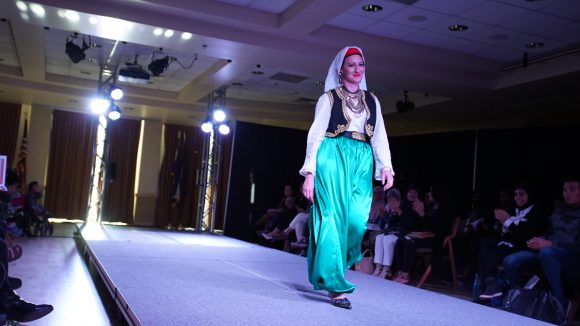 “By breaking the barriers of clothing or nationalities and realizing how each and every one of us is a representation of some part of the world, I think we can move towards acceptance,” MohdReza said.

MohdReza encouraged the use of social media platforms to promote positive messages and communicate with diverse audiences. By doing so, she said, society can accomplish more and establish better cross-cultural understanding. 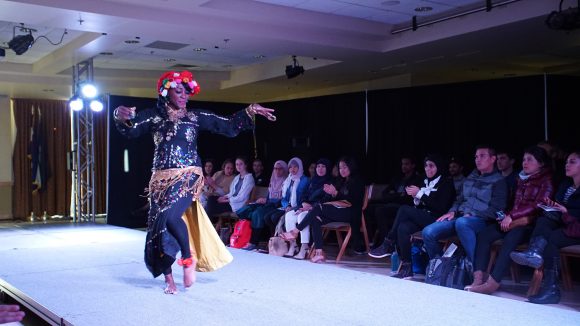 During the intermission, Kahdijah graced the crowd with a belly dancing performance. (Kirra Cobb McGowin/CU Independent)