It was a productive weekend in the otherwise frigid cold for the University of Colorado ski team. The Buffs came away with a huge win in the Rocky Mountain Intercollegiate Ski Association Championships last weekend at Beaver Creek and Minturn.

CU beat out dominant ski teams from the University of Denver, Utah and Montana State to take home the RMISA/NCAA West Regional Championships title a week and a half before the big show.

Racing kicked off on Friday with the men’s and women’s giant slalom. Freshman David Ketterer of Germany brought home the only solo victory of the weekend for the Buffs after tearing up the course. The win was Ketterer’s fifth win of the season, and first in giant slalom.

Sophomores Ola Johansen and Max Luukko finished in sixth and eighth, respectively, to round out Colorado’s top finishers. 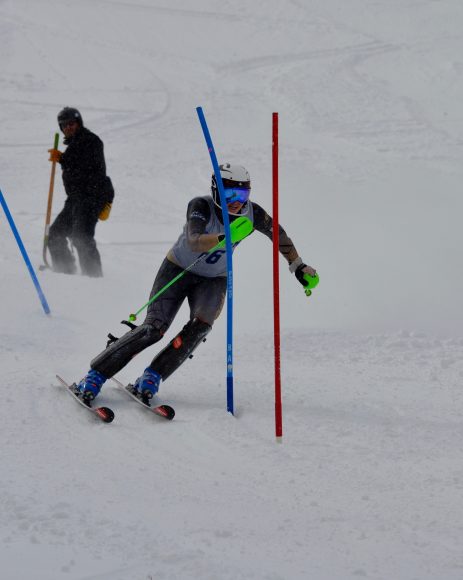 The Buffs had a productive second day on the Beaver Creek slopes as they raced the much more technical slalom course. With multiple wins this season, Ketterer was a heavy favorite to take home a second victory for CU, but a tumultuous first one took that chance away.

A slip up on the pitch of the hill caused Ketterer to lose precious time, which forced him into 16th after the first run. Despite the first-run hiccup, Ketterer posted the fastest second-run time and moved up 12 places into fourth.

“It’s a pretty fast course, and I took some risks, but finally everything went well and I did what I wanted to do,” Ketterer said after his outstanding second run.

Johansen’s solid two runs gave him the silver spot, edging out his teammate by six tenths of a second. Rounding out the top five was Luukko.

On the women’s side, Christensen led the Buffs with a solid third-place finish. Trulsrud followed with seventh place, and rounding out the top 10 for the Buffs was Fidjeland.

With the downhill races concluding on Saturday morning, the Nordic team hit the trail that afternoon to take their shot at clinching a CU victory.

The women’s Nordic team had an outstanding showing in the 5K Classic race, placing another three racers in the top ten. Freshman Anne Lervik recorded her first top-three finish after skiing her way into the bronze spot on the podium. Her teammates, junior Petra Hyncicova and senior Jesse Knori, finished right behind her in fifth and sixth place. 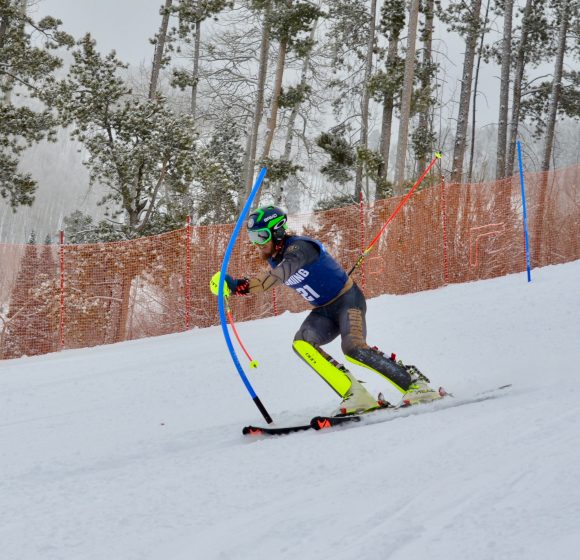 The Buffs led all teams with 499 points, edging out the Denver Pioneers (464.5) and Utah (447). Despite the cushion, CU’s lead would be tested in the final day of racing.

The final events of the championships kicked off with the men’s 20-kilometer freestyle. The men had another strong showing with Reistad skiing to a third place finish. Stroem also finished in fifth, and Hill rounded out Boulder’s top racers in 17th.

The pressure fell to the women to hold the lead over the Pioneers in the 15-kilometer freestyle, as DU had gained substantial ground on the Buffs lead after placing three racers in the top six on the men’s side.

With two DU racers placing number one and number two overall in the women’s race, it was crucial for three Buffs to place ahead of a third Pioneers racer, and in the top 10. Due to some extra effort in the final lap of the course, Hyncicova, Lervik and sophomore Christina Rolandsen placed in third, fourth and fifth, respectively.

The ability to secure consecutive places helped the Buffs maintain their lead over the Pioneers and win their 28th RMISA/NCAA West Regional Championship. Colorado topped Denver by only 7.5 points and Utah placed in third in the tourney.

Colorado heads to New Hampshire for the NCAA Championships on Wednesday, March 8. The Buffs are a heavy favorite for the title this year after winning a handful of meets prior to last weekend. Colorado was runner-up to Denver last year at the 2016 championships. If successful this time around, it will be CU’s 21st title in skiing and the school’s 29th national sports championship overall.

“We got second last year, and nobody thought that was any fun, so it’s about time we bring it back again, and I think we have a strong team that can make it happen,” Johansen said.