Ralphie led the Buffs onto Folsom Field for the first time in 2016, and both returning starters and new faces scrimmaged, giving fans their first look at the 2016 Colorado lineup. The team split into two squads that played against each other, an event that is part of many college football teams’ practice regimens every year.

“[There were] good plays on both sides. I was pleased with what I saw today,” head coach Mike MacIntyre said.

Redshirt freshman quarterback Stephen Montez took command of the offense for the first scrimmage. He and junior Jordan Gehrke rotated playing quarterback position throughout the day. It was sophomore Patrick Carr who did most of the heavy lifting on the first drive, even moving the offense on a few rushes.

“We have some running backs,” MacIntyre said. “I’m excited about these guys. There’s some great competition. They all made pretty good runs.”

In addition, junior tailback Phillip Lindsay broke out of the backfield en route to a 47-yard gain.

Gehrke, the Buffs’ senior quarterback from Scottsdale, Arizona, entered next and took the helm for the Buffs’ offense. Sophomore tailback Kyle Evans got some reps, but the drive was cut short as Gehrke tried to find junior wide receiver Shay Fields in the endzone but was picked off by freshman defensive back Lucas Cooper.

Montez would also get picked off in the end zone, as sophomore defensive back Isaiah Oliver forced his way into the path of the ball and made an impressive play.

The Buffs scored two through the air, both thrown by Gehrke, as he threw a bullet to Fields for a 29-yard touchdown and later found senior wide receiver Jaleel Awini for a nine-yard score.

The team was without 15 players due to various injuries, including linebackers Rick Gamboa and Addison Gillam. Junior quarterback Sefo Liufau was also kept off the field as he continues to recover from a Lisfranc fracture he suffered last season against USC.

“You want him here, but on the other side of it, Steven and Jordan got a lot of reps,” MacIntyre said. “Of course you always want your main guys.”

The Buffs will report to their summer training camp on Aug. 3 for a month of drills before their season opener on Sept. 2 against Colorado State at Sports Authority Field in Denver. 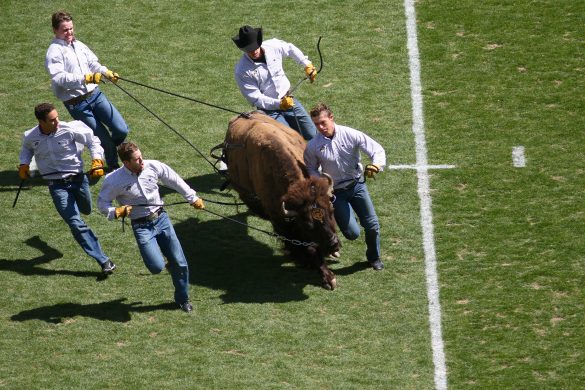 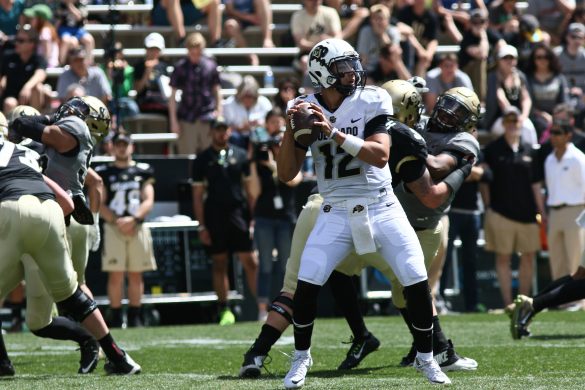 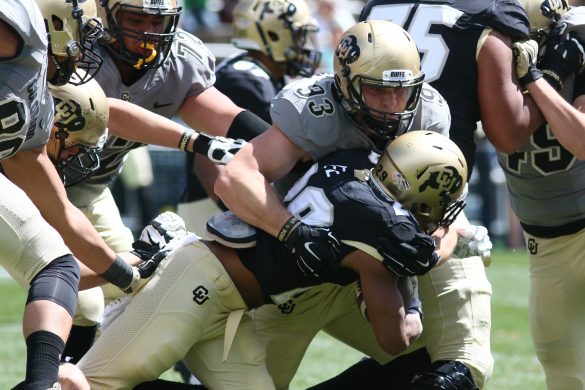 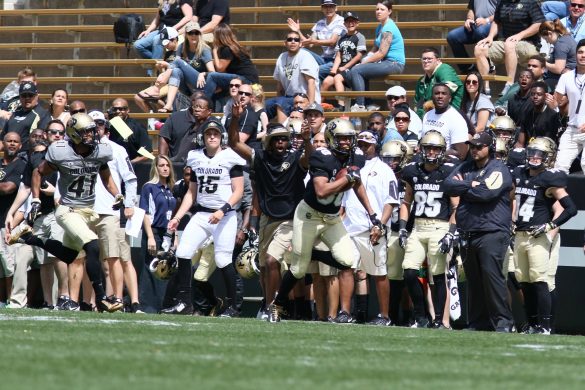 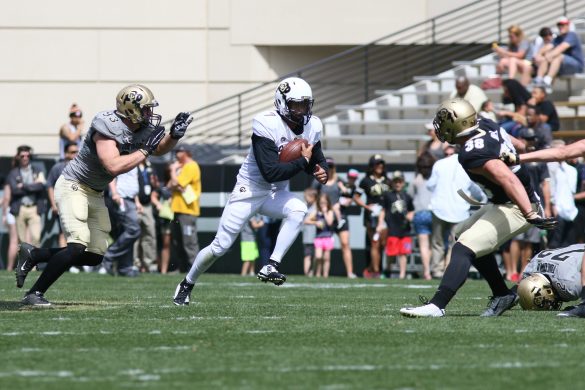 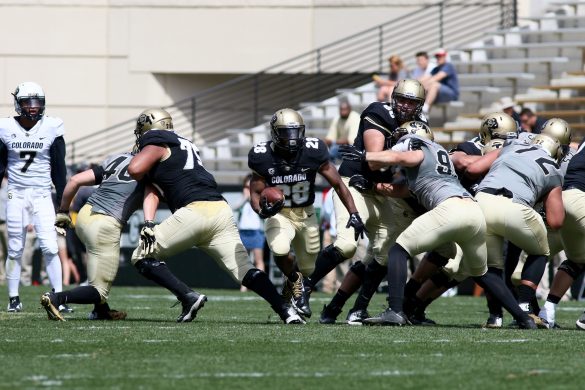 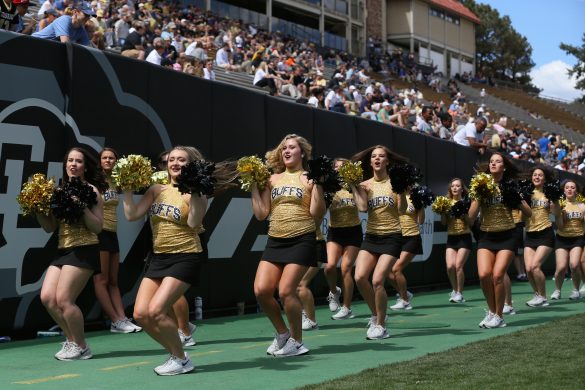 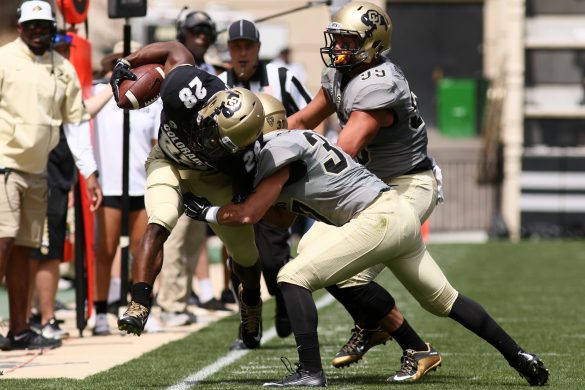 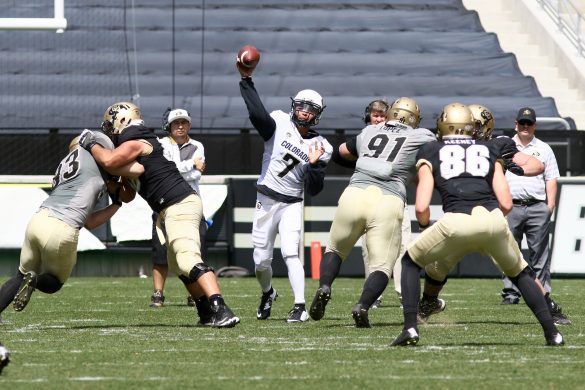 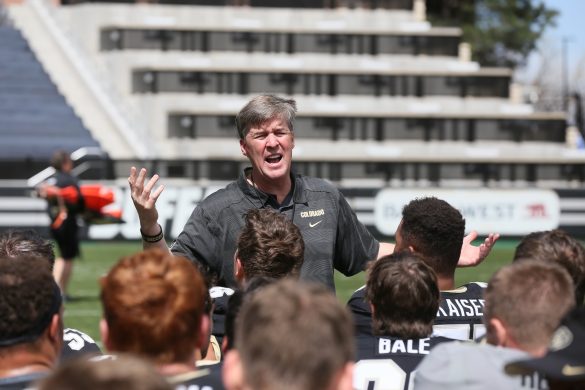 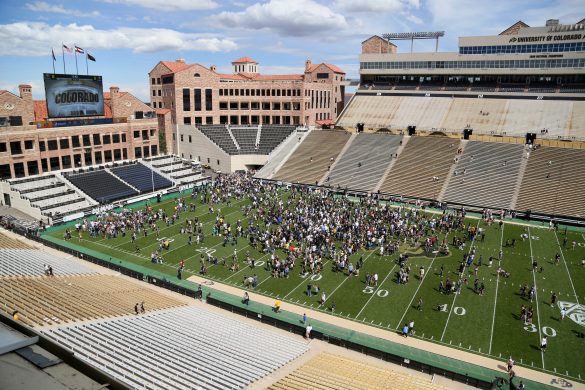