Commentary: Inside the new home of the Pac-12 tournament

Saturday afternoon, members of the media were afforded the opportunity to take a tour of the almost-complete T-Mobile Arena in Las Vegas. The arena, which is in the final stages of construction, will be the new home of the Pac-12 Tournament starting in 2017.

But what is it about this new stadium that makes a move away from the MGM Grand Garden Arena seem necessary?

The T-Mobile Arena, which opens officially on April 6, is essentially a pro-level facility, built to accommodate everything from boxing matches to concerts to professional hockey. In fact, looking from the top of press row down, the seating clearly looks configured for a rink. The jumbotron, still resting on the floor of the arena, is immense at 20 feet high and 26 feet long. But that doesn’t necessarily mean that it feels like a vast and empty pro arena. There is an intimacy to it, and a whole lot of VIP space. So much so that the facility seems to be the peak of the era of stadia not built for the average sports fan.

There are 44 luxury boxes, four under-the-bleacher “bunker” suites, opera boxes, tower terraces and grand opera boxes. Every single one has already been sold to various companies, businesses and individuals. Overlooking it all is the Hyde Lounge, a massive bar that includes two decks placed above the upper concourse. The most apt comparison would be at the Champions Center at the University of Colorado, where fans have the opportunity to stand on the top level and look out over Folsom Field. In the style of Las Vegas, where everything seems to be for sale in some way, shape or form — the lounge is split into tower areas, which can be rented out in pieces or altogether.

Developers said on the tour that the experience is mostly catered to these VIPs, but also gives others that aren’t the biggest spenders the chance to buy into different tiers of service. Normal fans will still enjoy themselves, though. The stadium is tight, almost stacked on top of itself in terms of seating and concourse levels. One of the main critiques of the Staples Center, the prior host of the Pac-12 tournament, was that it had too much open space, taking away some of that college environment. At the MGM, a smaller capacity and general size allows for that feeling. But T-Mobile, with its’ roughly 18,500 capacity, actually looks like it could be a hostile place to play if given the appropriate sport, meaning that when Arizona fans  pack the building in 2017, it will get loud.

And at the core of the hesitance to leave the MGM Garden is potentially losing the sound, the feeling and the general experience that it provides. It’s a completely understandable thought process. If it isn’t broken, don’t fix it. But Larry Scott counters that the experience won’t change, just the venue, and, if anything, give more fans the chance to be a part of it.

“This year we announced that we were sold out even before the first session took place,” explained Scott. “And moving to this new 18,500-seat, state-of-the-art venue will allow more fans to have the opportunity to experience the Pac-12 basketball tournament, as well as take advantage of really state-of-the-art amenities and exciting opportunities for fans to participate in.”

On April 6th, the T-Mobile Arena will officially open its’ doors, and give everyone the opportunity to take a full look at the new home of the Pac-12 Men’s Basketball Tournament. 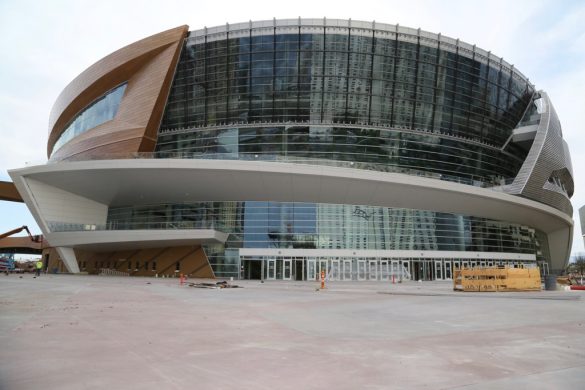 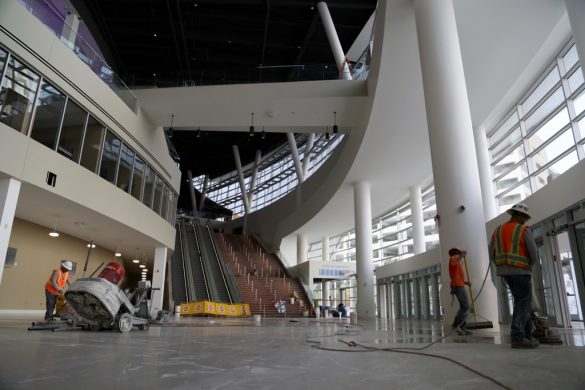 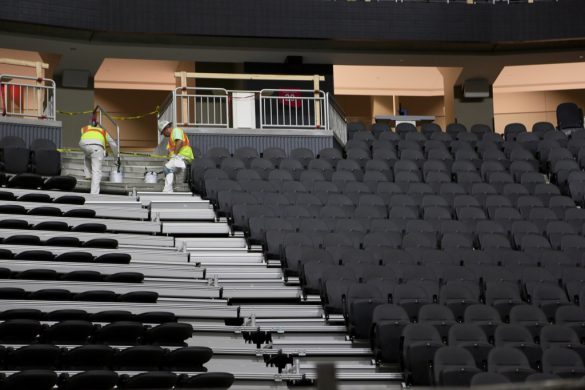 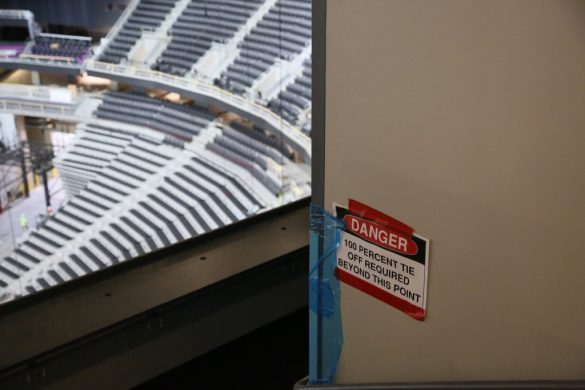 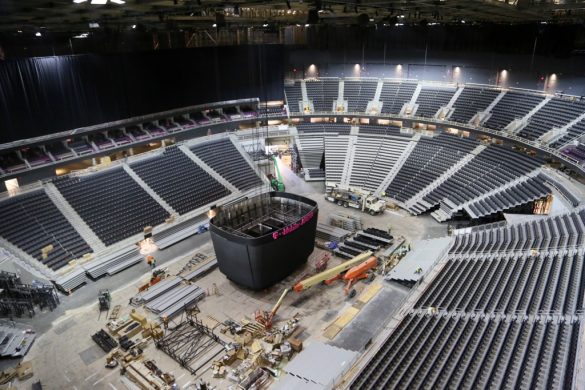 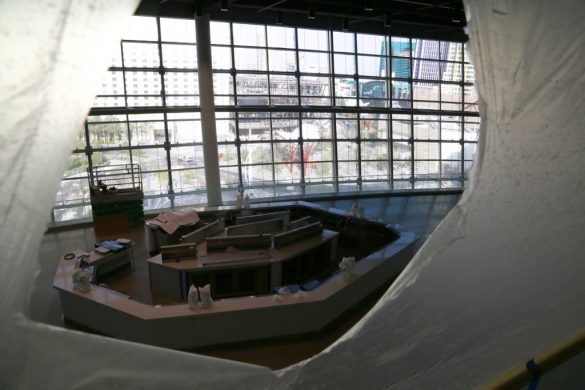