Although it’s been a tough stretch of basketball for the Buffs, the game against the Beavers could be a sign of optimism. The Colorado defense pulled through, as they forced the Beavers into difficult shots that resulted in the Beavers shooting 37 percent from the field — well below Oregon State’s season average of 45 percent.

The Buffs also forced 12 turnovers against the Beavers.

“We should be able to build on it,” head coach Linda Lappe said. “We have all the potential to build on this, and we just need to choose to maximize that potential.”

For all the good signs and progress Colorado made, it stayed dormant on offense. Consistent shooting continues to elude the Buffs. It was a 34.4 percent outing, including a 1-of-7 effort from three.

The offense has struggled during this losing streak. The Buffaloes seemed to get in their groove to start the game, scoring 12 points in the first six minutes. A timeout stopped the flow of play, and the lineup changed when the game resumed. From there, the team only scored two points the rest of the first quarter.

Junior forward Haley Smith was the only player to score in double digits for Colorado, as she led the team in both points and rebounds with 16 and eight, respectively.

Even though the team forced 12 turnovers, they only had seven points off those turnovers. Fouling also continues to be a problem. The Buffs attempted as many free throws as they did three pointers. They made four of their seven visits to the charity stripe. This is opposed to 26 attempts from OSU, who made 18. Five CU players had at least three fouls, including junior forward Zoe Beard-Fails, who had four fouls on the night.

The Beavers also had two players knocking on the double-digit door with nine-point and eight-point performances from junior guard Gabriella Hanson and sophomore center Marie Gulich.

Hamblin also had seven rebounds, which didn’t lead the team. That honor belongs to Gulich, who had 10. These two players helped the Beavers out rebound Colorado, 47-32.

More tough news for the Buffs came as junior forward Lauren Huggins left the game with an injury. She did not return, and there was no update on her status.

Colorado will look to bounce back against No. 20 UCLA on Friday, Jan. 29. Tipoff is scheduled for 7 p.m. (MST) at the Coors Event Center. 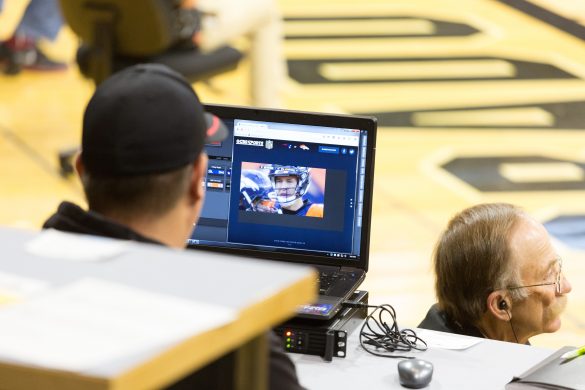 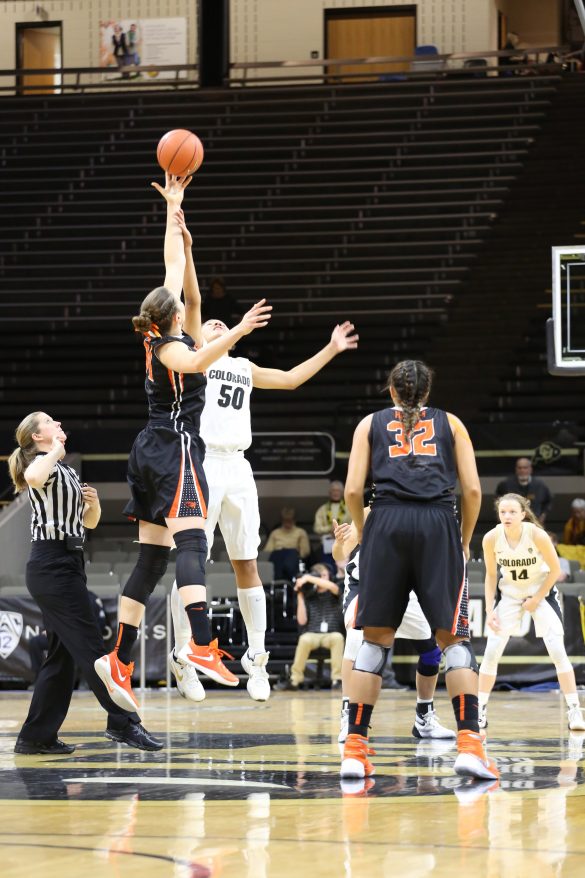 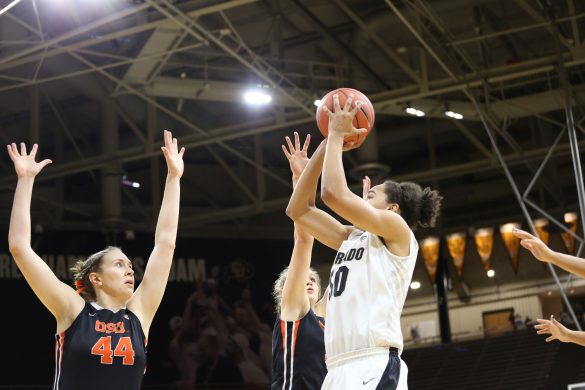 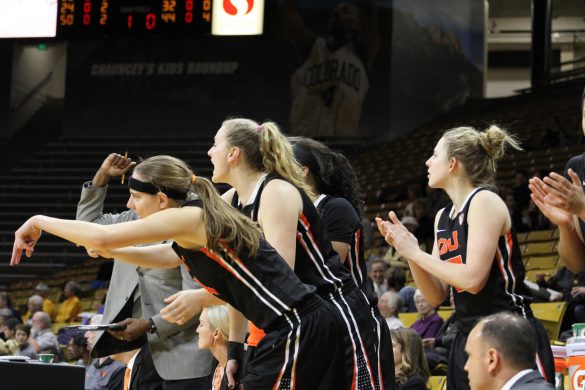 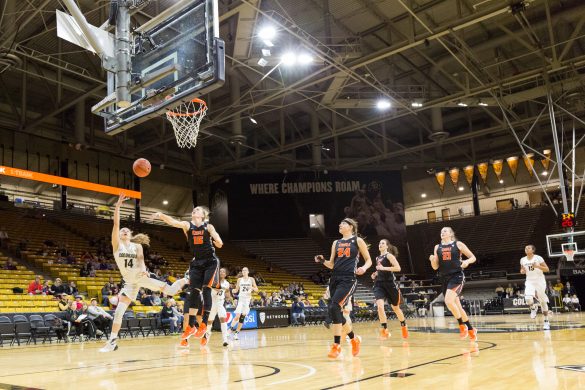 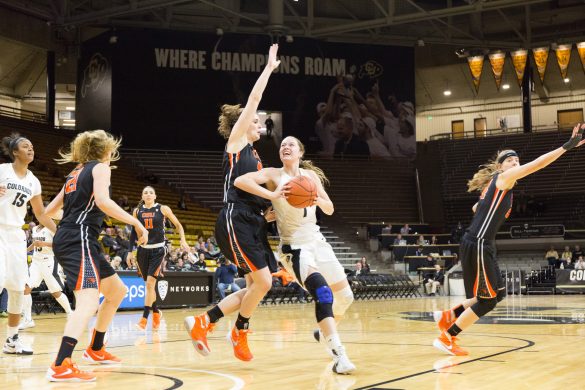 Makenzie Ellis (1) pushes through the defense for an attempt at a shot at Coors Events Center on Jan. 24, 2016. (Will McKay/CU Independent) 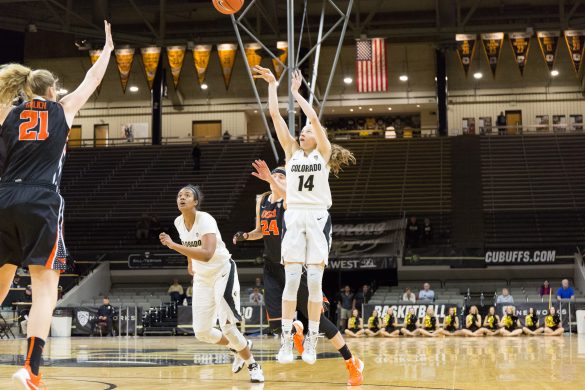 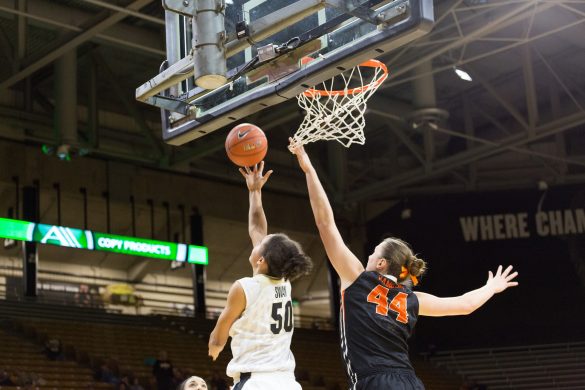