After coming off of two straight wins, the Buffs won in Boulder on Sunday, Nov. 22, against Nebraska-Omaha in a bit of a thriller, 87-82.

“Nebraska-Omaha I thought deserved to win this game,” head coach Tad Boyle said. “I think they outplayed us in a lot of different areas and we did what we had to do to win this thing. We really rebounded well, but without Josh Scott, without Wesley Gordon tonight, I think we lose by 20 to 25 points.”

“The feeling in the locker room was not satisfied,” junior guard forward Tre’Shaun Fletcher said. “We need to get a lot better at a lot of things Coach Boyle mentioned in there, and we just got to play from the jump.”

Although they improved their stock to 3-1 on the season, Colorado did not look good for much of the matchup as it went down by 13 points early into the second half.

Scott also finished the game with his 25th career double-double, adding 12 rebounds to his 14 points. He is now tied at 10th all-time with David Harrison in the double-double category.

For the game, the Buffs struggled with their offense and ball-handling, which allowed Omaha to stay in the game and even gain a double-digit lead on them at one point. Throughout the matchup, Colorado shot 38.7 percent from the field (24-62) and 27.8 percent from the three-point range (5-18). They also committed 12 turnovers.

The Buffs suffered a bit of a lackluster start on Sunday afternoon against their Nebraskan foes. Though the home boys led for much of the first nine minutes, they couldn’t shake the Mavericks, who obviously came to play.

With roughly ten minutes left in the half, the Mavericks regained the lead and never lost it until after the break. They went up by as much as much as eight points two separate times, with their last big lead coming at 48 seconds at 37-29.

Perhaps the biggest downfall for Colorado during the first half was their turnovers, which amounted to seven within a fairly short period of time. On the brighter side of things, Gordon and Talton, who up to this point in the season have struggled, combined for 15 points leading into the break.

The light at the end of the tunnel got a little dimmer for the Buffaloes in the opening minutes of the second half as they went down by as much as 13, 45-32.

That’s what it had to come to to finally get the Buffs to fight back.

Over the next seven minutes, the Buffs outscored the Mavericks 21-8 and tied up the score at 53 with just under 12 minutes remaining. At 9:51, the Buffs regained the lead for the first time in 20 minutes.

Three minutes later, the Buffs started to run away with the game with a 10-point lead, 67-57. George King put the final nail in an already-sealed coffin with a beautiful floater to compliment a three-pointer from Fletcher on the possession before.

That’s not to say the Mavericks didn’t give the Buffs a scare in the final minutes. With 29 seconds remaining, the Mavericks only trailed by three, 83-80.

But, foul as hard as they might, the Mavericks just couldn’t close the gap at the end. As time expired, Scott made a huge block from the three and grabbed the final rebound of the game, sending Omaha packing. The Buffs barely survived in Boulder, 87-82.

“In a way, I think it will be good for us to get used to playing those close games and finding a way to win,” Fletcher added.

The Buffs return to their home court on Wednesday, Nov. 25 at 7 p.m. to take on in-state rival Air Force in the hopes of going into Thanksgiving with their fourth-straight win and a great story to bring to the dinner table on Thursday.

“We snuck out of here with a win. I’m not sure we deserved it, we’ll take it, but we’re going to get better,” Boyle said. “I can promise you that. We’re going to use the next three days before Thanksgiving, we’ve got a lot to be thankful for. I’m thankful for the fact that they don’t have school this week and that we don’t have any NCAA time restrictions on practice and film watching. That’s what I’m thankful for.” 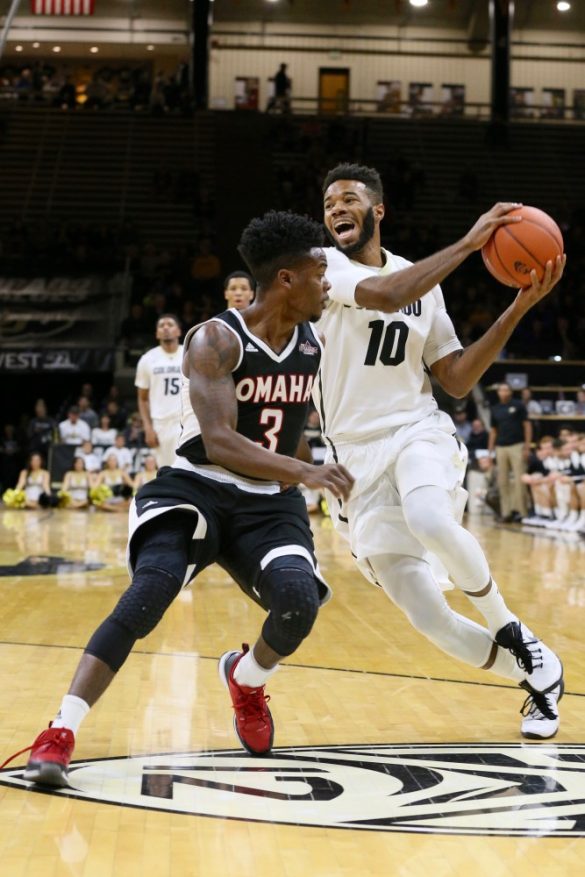 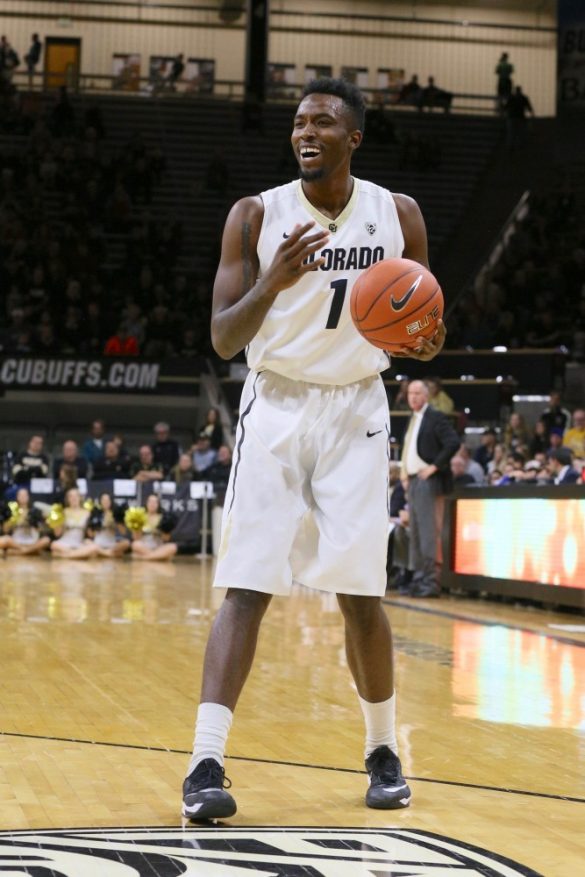 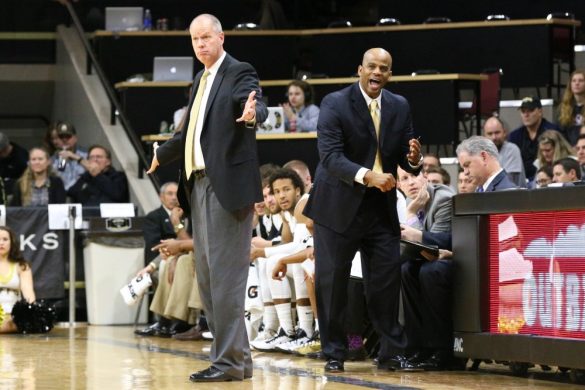 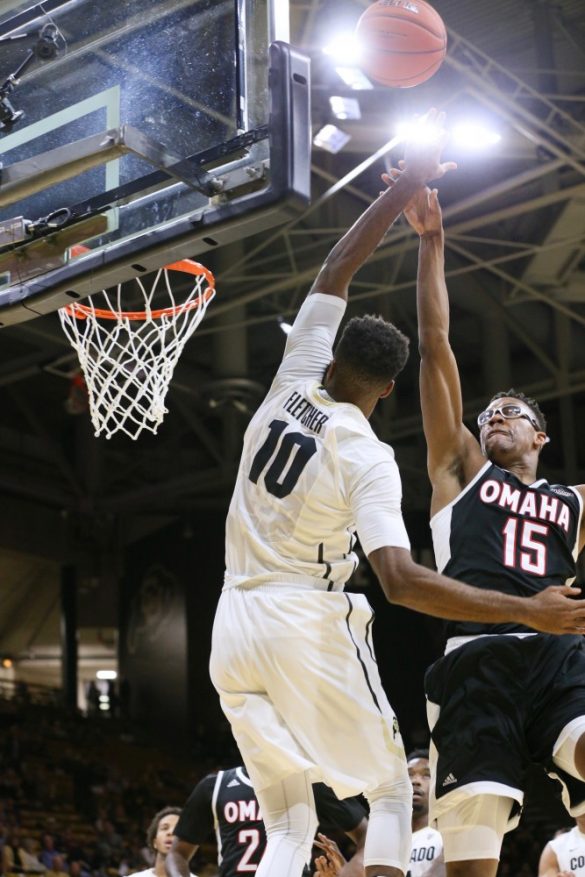 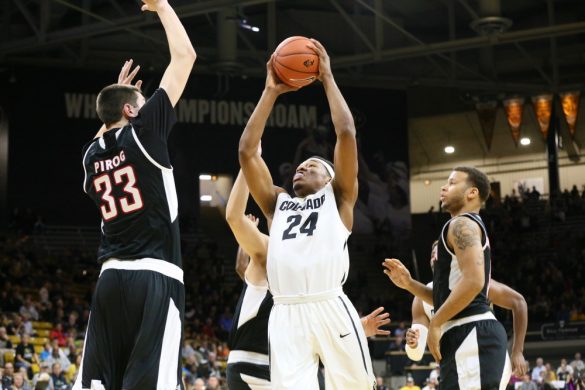 Sophomore guard George King elevates toward the basket during the first half of play at the Coors Events Center Nov. 22, 2015. (Nigel Amstock/CU Independent) 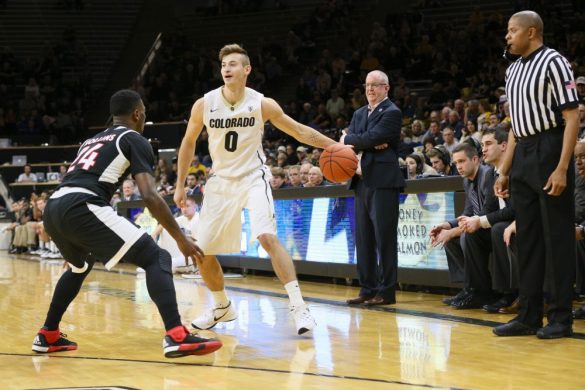 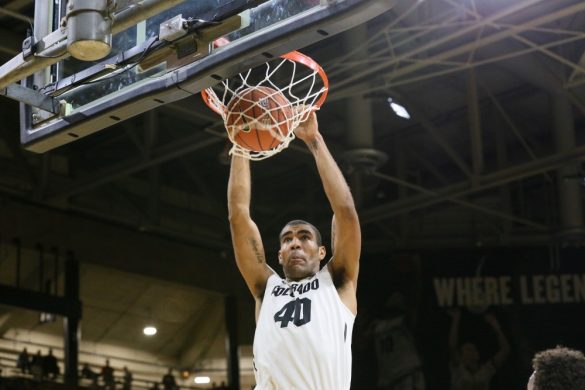 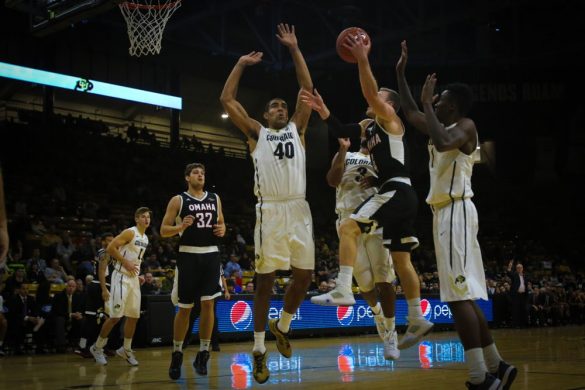 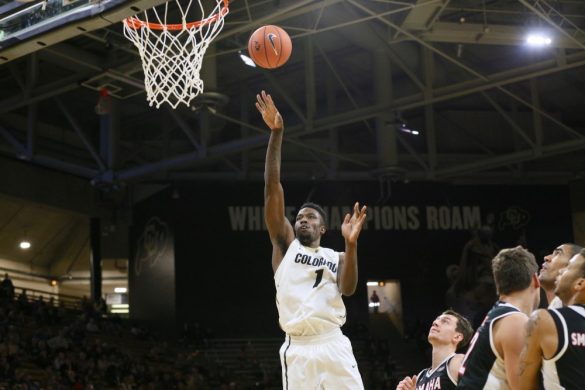 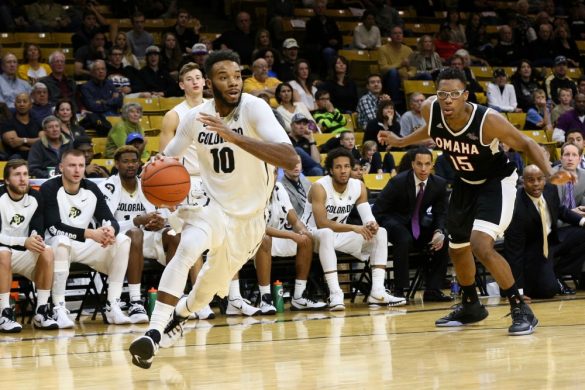 Junior guard Tre'Shaun Fletcher drives around an Omaha defender during the final minutes of the second half at Coors Events Center Nov. 22, 2015. (Nigel Amstock/CU Independent) 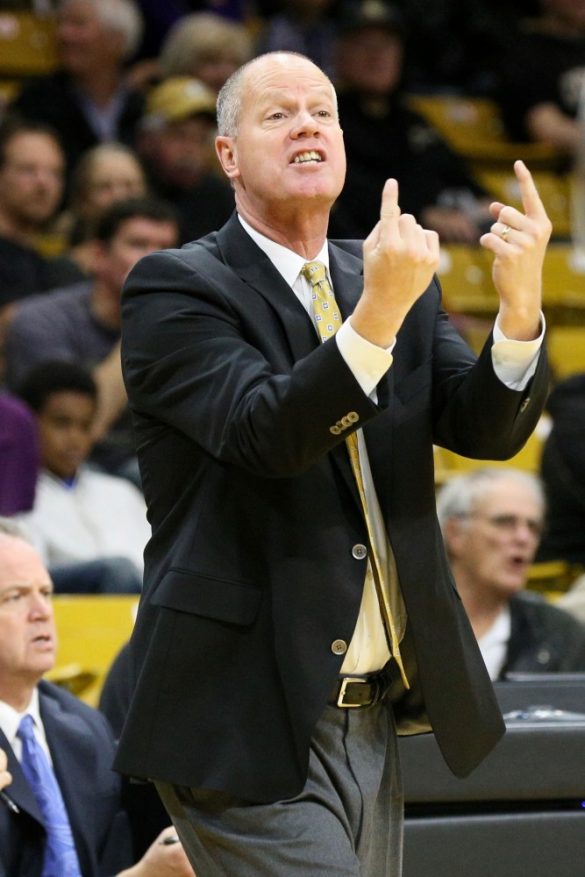 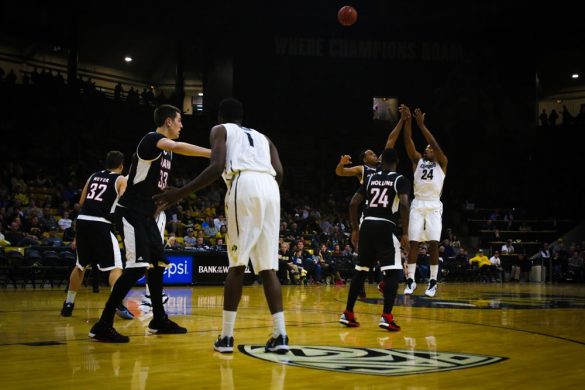 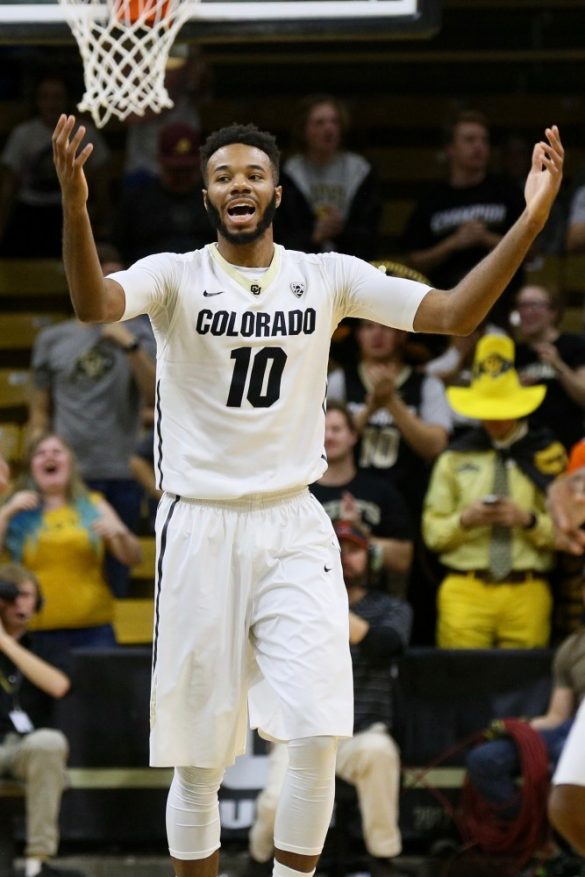 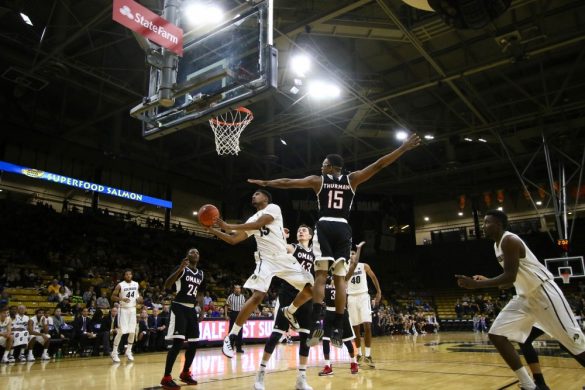 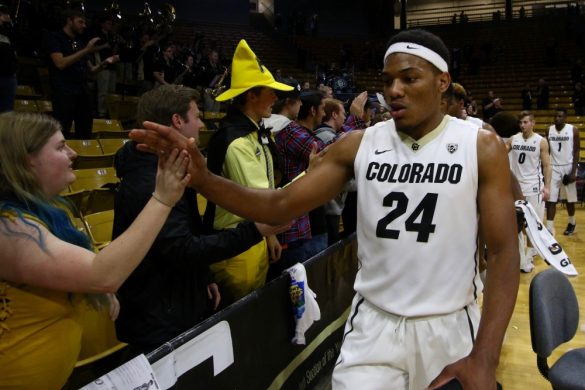