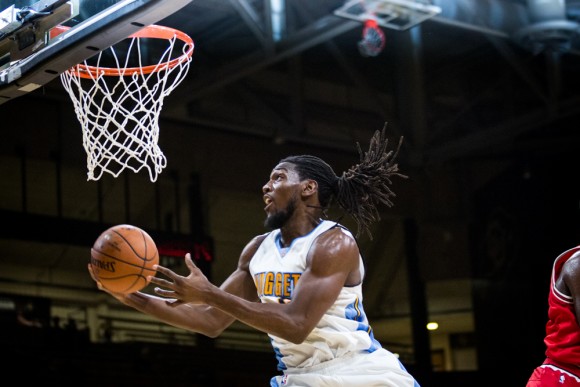 BOULDER — The Denver Nuggets (2-1) squared of against the Chicago Bulls (1-2) Thursday evening in a preseason matchup at Coors Events Center, hoping to create some positive memories at the University of Colorado after a bad loss to the Portland Trail Blazers last year in Boulder.

The Nuggets did not disappoint, as they dominated the Bulls, winning by a final score of 112-94. Forward Joffrey Lauvergne led the Nuggets with 18 points. In last Tuesday’s win at Dallas, he led the team with 12 rebounds. Tonight, King Joffrey again paced the Nuggets, with eight rebounds.

The game was preceded by Nuggets’ mascot Rocky paying tribute to Ralphie, by performing a Ralphie-esque lap of the basketball court.

The Bulls entered Thursday’s game without the services of key players Pau Gasol, Taj Gibson and Derrick Rose. The Bulls’ felt their absence; their starters shot only 33% from the field in the loss.

By contrast, the Nuggets’ starting five shot 48% for the night. They were led again by Lauvergne, who made six of seven shots from the floor.

Although Denver was out-rebounded by Chicago 59-42, the Nuggets produced points off of defensive stops. The Nuggets also managed 14 steals, compared to the Bulls’ four.

“When you play the kind of defense that we played, and the offense that the defense generated — that is in a nutshell the team we want to be,” said Nuggets’ new head coach Michael Malone after the game.

“Mike Malone is doing a great job. He’s got everybody playing confidently,” said forward Kenneth Faried. “It’s not just from the offensive end, he’s got us playing with confidence on the defensive side, too. We’re excited about it; we’re excited about playing defense, coming together, and doing the little things.”

Faried finished with seven points and six rebounds. Although he wasn’t dominant on offense, Faried was pleased with his performance, particularly on defense.

“I don’t base my game off of offense, I base it off the defense; just helping my teammates and helping us win,” Faried said.

Denver was also able to keep the Bulls’ stars at bay. Dynamic guard Jimmy Butler scored only six points in just over 19 minutes. The Nuggets’ defense forced him to be quick and take uncomfortable shots, and he made only two out of 10 attempted field goals.

The Bulls’ Joakim Noah was a non-factor tonight. He continued a unimpressive preseason with his four point performance in 14:35 of playing time.

The main issue for the Denver defense tonight was Chicago forward Nikola Mirotic, who led the team with 18 points, four rebounds and two steals. But Mirotic’s performance would prove to be irrelevant.

The Nuggets ended the first quarter trailing 21-20, but in the second quarter they erupted, outscoring the Bulls 37-13. The Bulls trailed by as many as 28 points tonight, and never recovered after a sloppy second quarter. Although he appreciated the win, Malone was not all smiles and high fives.

“One of the hardest things to do in the NBA is play with the lead,” Malone said. “In the third quarter we defended nobody, the fourth quarter we were a little bit better. Overall, great defensive effort. [I saw] a lot of positive things tonight.”

Perhaps most disappointing was Nuggets’ guard Emmanuel Mudiay. The 19-year-old from the Democratic Republic of Congo managed to make only two baskets out of 11 attempted shots. He finished with six points. But Mudiay tied for the team lead with seven assists, grabbed five rebounds and turned the ball over only twice.

Mudiay, who turned the ball over seven times in Dallas on Oct. 6, should take some solace in his improved ball security.

“Emmanuel got his turnovers down,” Malone said. “I challenged Emmanuel to rebound more and he did that tonight. It was a great effort, good spurts, but there’s a lot of room to grow.”

Room to grow indeed, as despite the Nuggets’ improved efforts in the turnover department, the Bulls still managed to score an alarming 28 points off of Denver turnovers.

Good defense seemed to be the main takeaway of tonight’s game for the Nuggets.

“[The defense] has been our focus since day one,” said forward Danilo Gallinari. “We know that we can be a very good defensive team.”

Gallinari, who started the game and played nearly 22 minutes, finished with 12 points.

There were certainly some unsung heroes in tonight’s game. Nuggets’ guard Will Barton played off the bench and was second on the team with 17 points. He also led the team with four steals and played a team-high 30:33 in the victory.

Perhaps the biggest tip of the cap should go to point guard Jameer Nelson. In his 17:59 on the court, Nelson was a general for the Nuggets, looking quick and agile while tying for the team lead with seven assists. He finished the night with seven points.

The Nuggets will leave Boulder with a good team win because many players contributed offensively and defensively.

“We’re all buying in, we’re working and we’re playing hard to get wins,” Faried said. “We’re doing that as a team.”

The Nuggets will look to win three straight as they prepare for a road game at the Golden State Warriors on Oct. 13. Tipoff is scheduled for 6:30 p.m. MST. 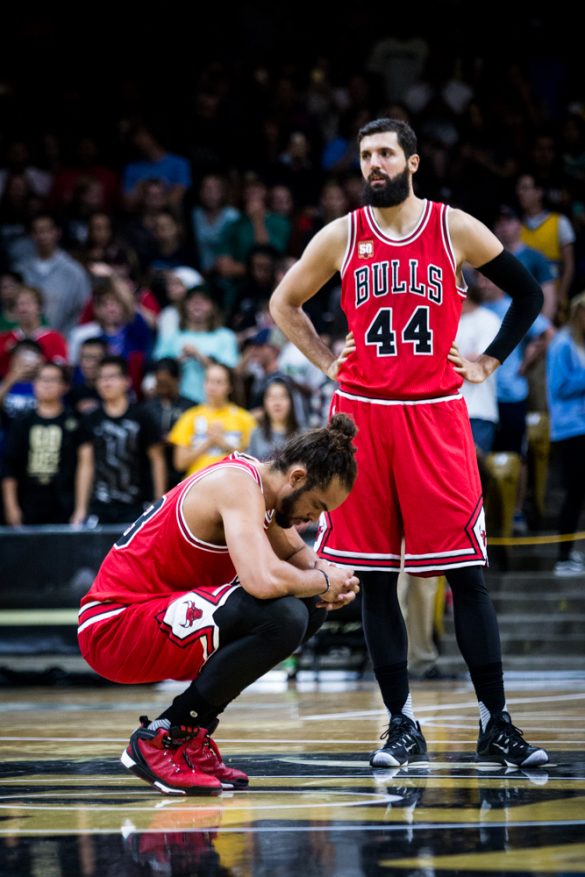 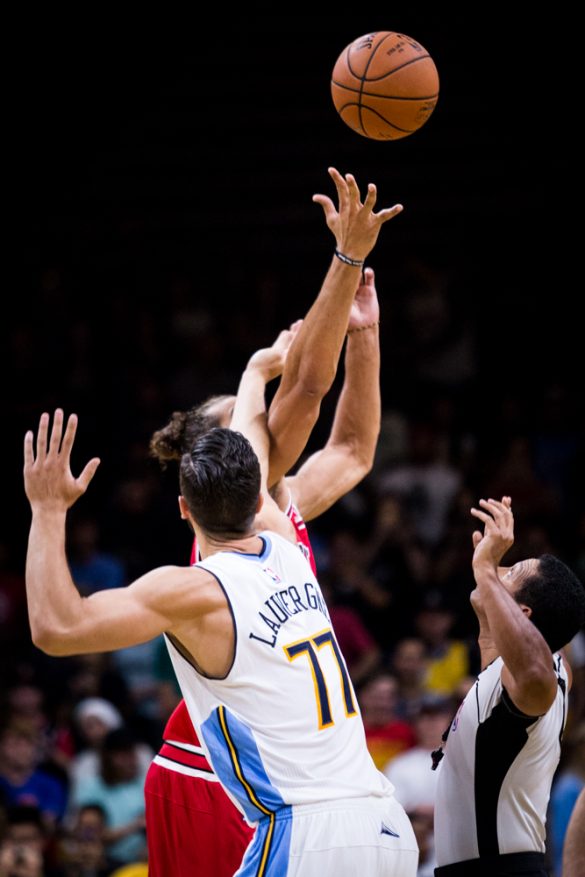 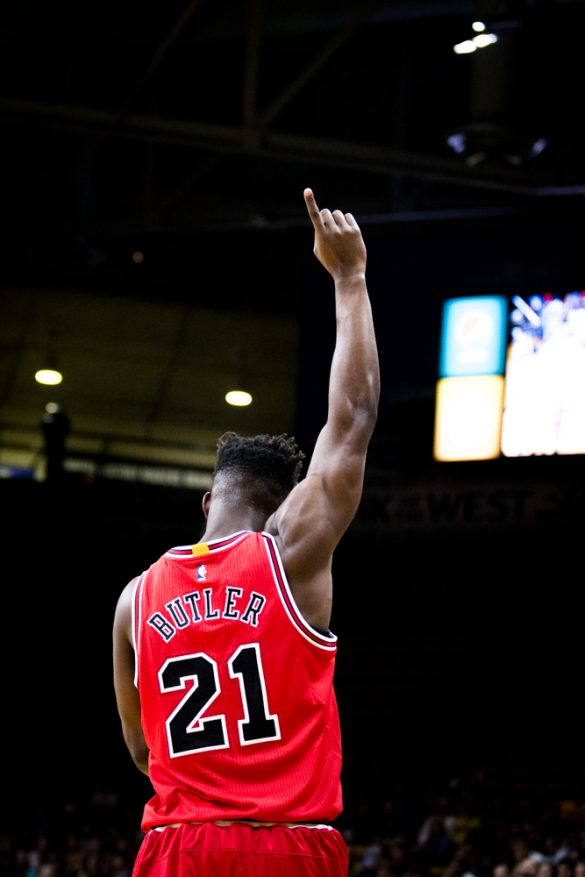 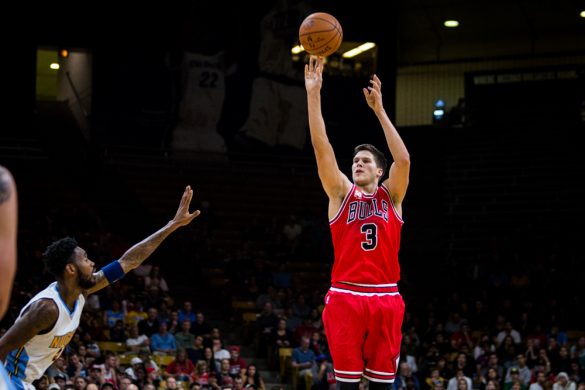 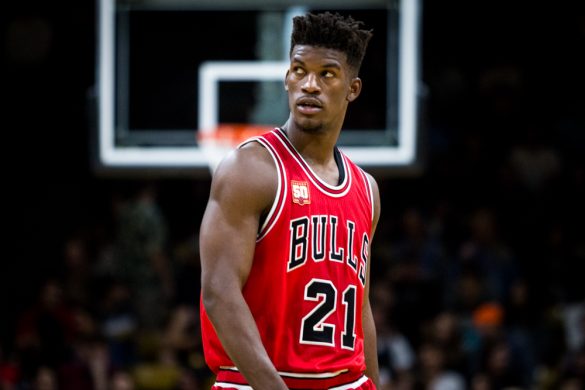 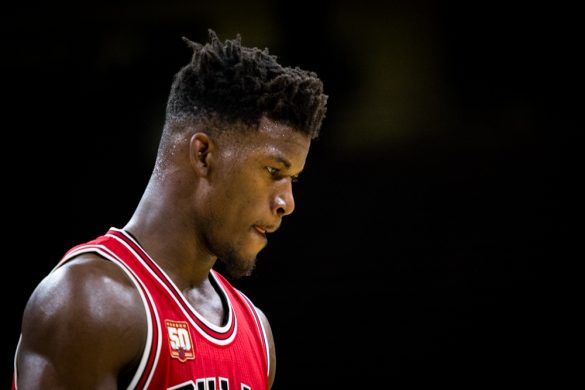 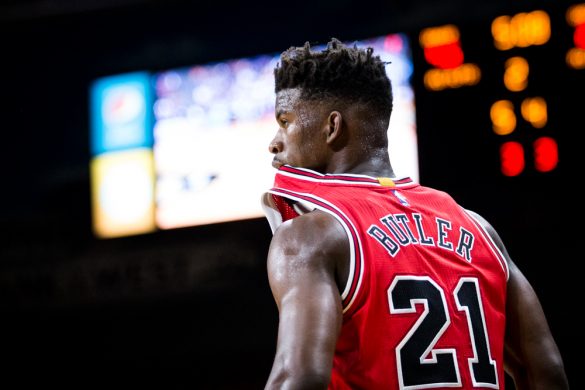 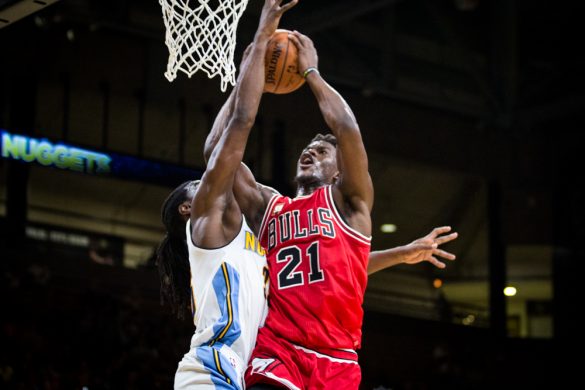 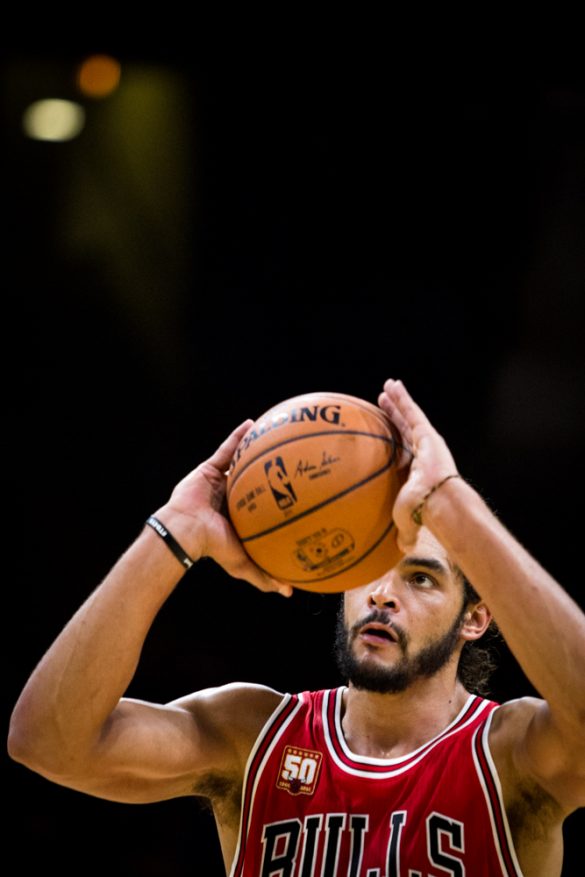 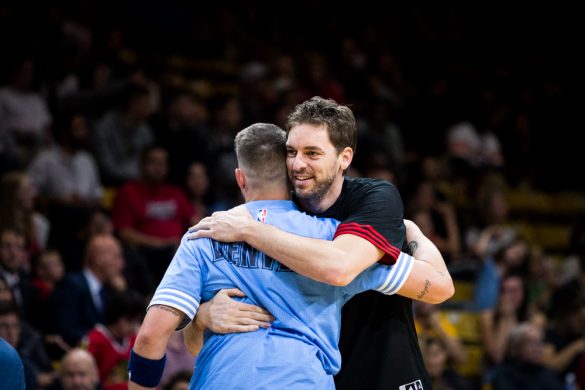 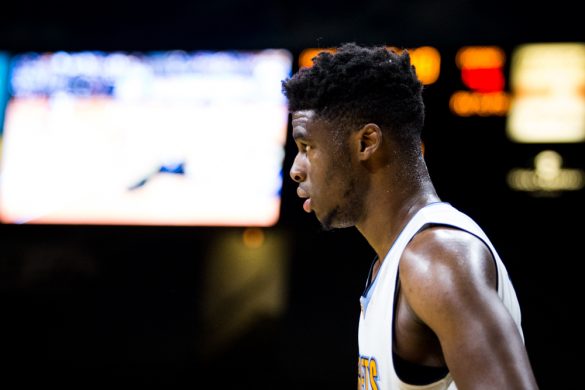 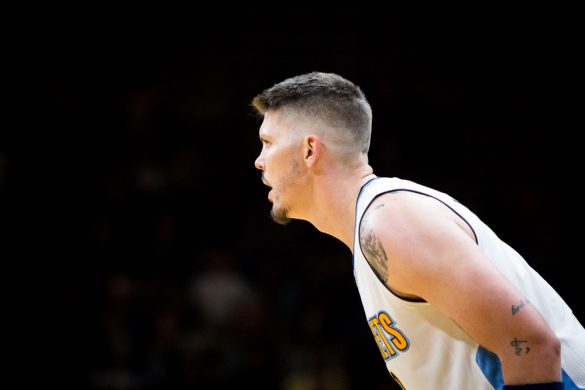 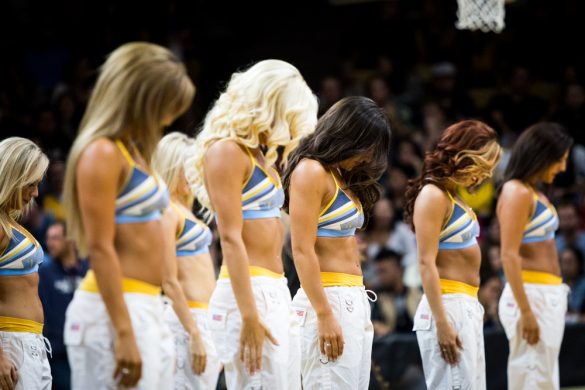 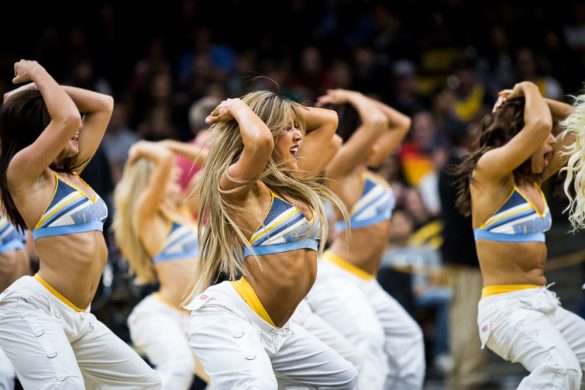 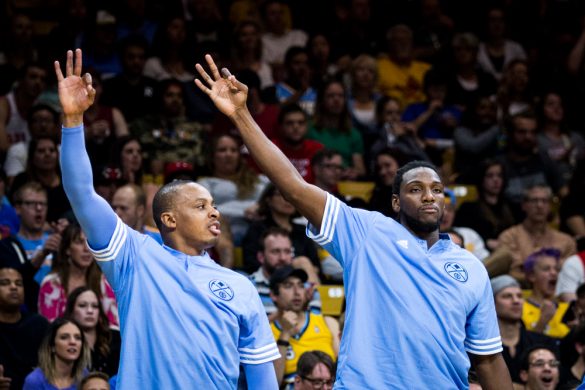 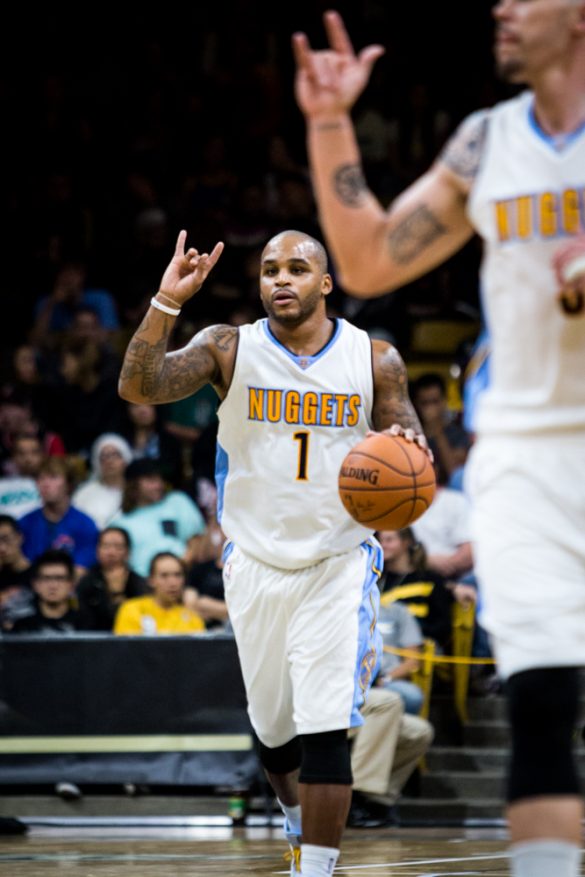 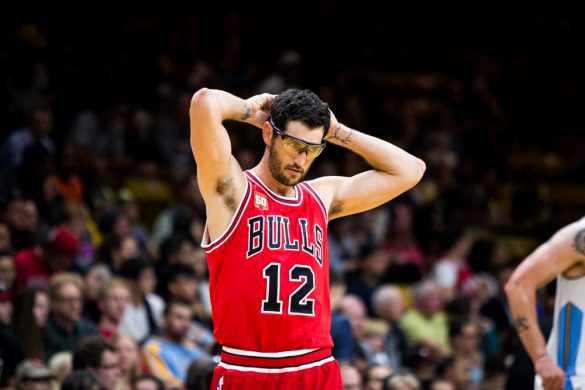 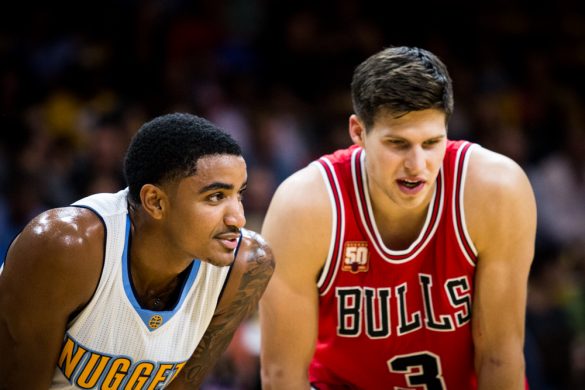 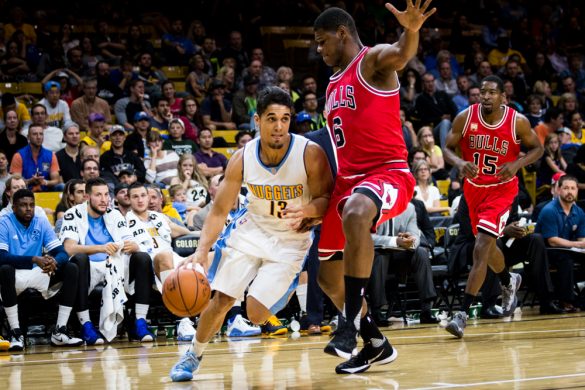 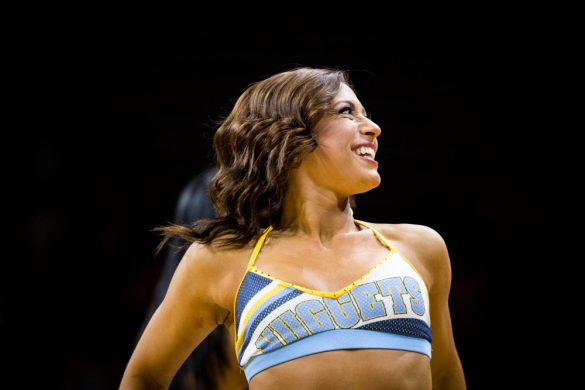 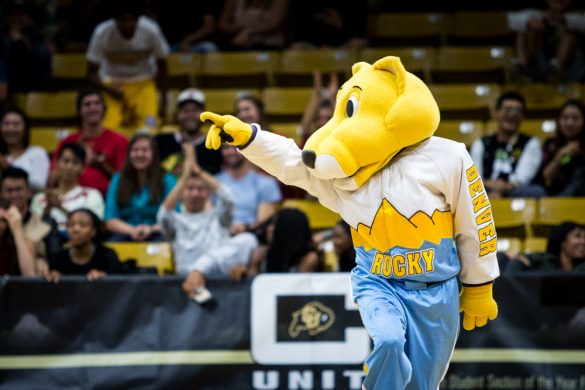 Nuggets mascot "Rocky" points to the crowd at the CU Events Center in 2015. (Matt Sisneros/CU Independent) 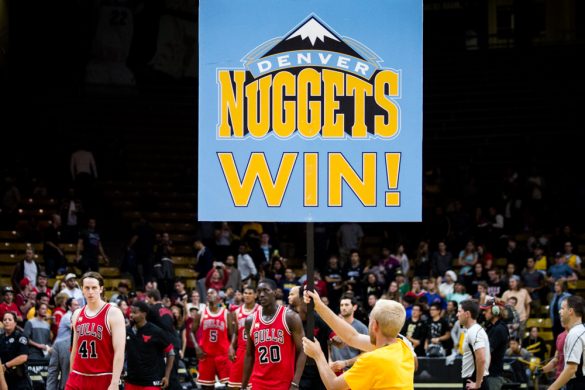