The Rockies in Review: The good, the bad and the ugly in 2015 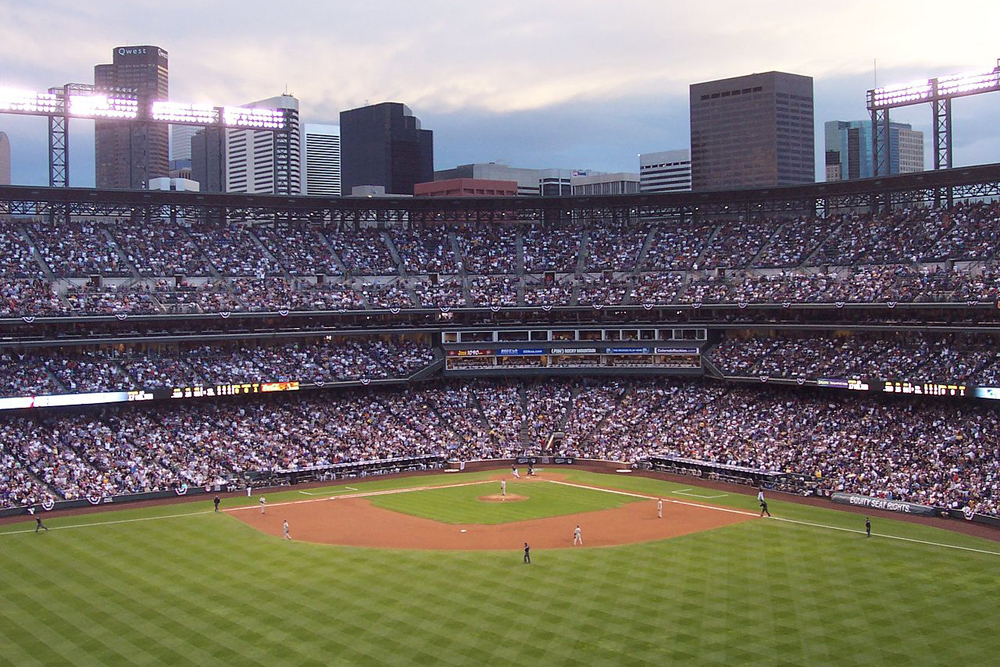 The Rockies finished 68-94 in 2015, good for last place in the NL West Division. The CUI’s Justin Guerriero breaks down their performance and assigns grades to various parts of the team’s game to shine some light on why the Rockies had such limited success this season.

The Rockies pitching was atrocious in 2014, and long story short, the players management brought in to bolster the roster for 2015 did not have a noticeable impact. Pitchers David Hale and Gus Schlosser were acquired from the Atlanta Braves this past January. Hale was a disappointment, posting a 6.09 ERA and a 1.47 WHIP in a Rockies uniform this season. As for Schlosser, he did not throw a pitch at the major league level in 2015. He now plays in the Atlantic League of Professional Baseball, an independent baseball league not affiliated with the MLB.

It pains me to write again that the biggest move that the Rockies made in the offseason was signing pitcher Kyle Kendrick to a one-year deal in February. In 2014, with the Phillies, Kendrick went 10-13 with a 4.61 ERA. The prior year, he was 10-13 with a 4.70 ERA. It came as no surprise watching Kendrick’s ERA soar above six this year, considering he had trouble pitching at sea level.

One great move — and yes, I would describe the move as great — was signing catcher Nick Hundley, who was inked to a two-year, $6 million contract this past January. Hundley was a major leader in the clubhouse until he was shut down in mid-September with a neck injury. Despite his season ending prematurely, Hundley posted brilliant offensive numbers compared to his career stats. In 103 games, he batted .301, hit ten home runs and had 43 RBIs. Defensively, Hundley held a respectable .993 fielding percentage. But Hundley’s greatest contribution does not show up on the stat sheets. He was tasked with working with a young and inexperienced starting pitching staff and without his presence behind the plate, things would have been a lot worse, especially for the Rockies’ young pitchers.

The signing of utility man Daniel Descalso was not negative, but Descalso did not have a real impact on the team.

Bad pitching proved once again to be Colorado’s handicap in 2015. For the second consecutive year, the Rockies had the highest team ERA in Major League Baseball. The Rox used 12 different starters in 2015, which is something fans have become used to in recent years.

The Rockies went into the 2015 regular season with a game plan that called for young pitchers to carry a lot of the slack for the team. It simply did not work. Guys like Eddie Butler, Tyler Matzek and Jordan Lyles did not survive the storm. None of them proved that they could be genuine contributors for the Rockies.

All three pitchers struggled with their control, and as a result, elevated pitch counts and short outings seemed to linger over their heads more often than not. Don’t fully give up on the trio though. One bad season shouldn’t close the book on them.

Take the Cubs’ Jake Arrieta for example. This season, he’s likely going to win the Cubs’ Team MVP award, and will be at the top of the list when the NL’s Cy Young award and MVP awards are distributed. But before going 22-6 with a 1.77 ERA in 2015, Arrieta was 3-9 with a 6.20 ERA with the Orioles in 2012. Don’t underestimate a pitcher’s ability to find their stride. I hope Butler, Matzek and Lyles find theirs.

I’ve already touched on Kendrick’s performance this year and quite frankly, any more time spent talking about his disastrous season would only further depress Rockies fans out there.

There were a few positives for Colorado’s starting rotation. Rockies’ veteran Jorge De La Rosa fought through a hamstring injury that plagued him for most of spring training and the first month of the season to bounce back with a 9-7 record and 4.17 ERA to end the season. The 34-year-old was especially good toward the end, posting a 2.87 ERA in August and a 2.70 ERA in September.

One more shining star for the Rockies’ starters was Chad Bettis. Despite a rocky month of July, when he posted an 8.55 ERA over four starts, Bettis was a rare pitcher who Rox fans could expect to perform on a regular basis. He throws a good hard fastball with a slower, hooking curveball. Management is excited to see what 2016 holds for the 26-year-old righty from Lubbock, Texas.

I understand that starting pitching and relief pitching is complementary. In the Rockies’ case, their starters were so bad and often lasted so few innings that the bullpen was called on quite a bit for extended work. Despite the troubles of the starters, the bullpen earned their D grade. They took a losing decision in 32 games this season, which was third worst in professional baseball. With runners in scoring position, Colorado pitchers had a collective 13.05 ERA, good for second worst. Finally, with the score tied in a game, the bullpen had a 5.39 ERA and a laughable 1.63 WHIP.

Make no mistake: This bullpen was constantly overworked and had to do much heavy lifting in terms of extended relief outings, but the bottom line is that the Rockies’ relievers failed badly in 2015. Keep an eye out for Gonzalez Germen and Justin Miller in 2016. Fans were not given a large sample size of the two (Germen pitched only 32.2 innings while Miller worked 33.1). But in light of such a disastrous season in regards to relief pitching, expect to see them competing for increased roles during spring training next year.

But when I think of the Rockies’ defense this season, I remember the countless flashy plays made by third baseman Nolan Arenado. The two-time Rawlings Gold Glove winner will likely be up for the award again for the 2015 season. Second baseman DJ LeMahieu also impressed me defensively with his .988 fielding percentage. He will also look to win his second consecutive Gold Glove. Don’t expect too many defensive tweakings headed into next season — in strict terms of defense, the Rockies were pretty sound in 2015.

By far the best aspect of the Rockies this season, and the most fun to watch. Once the season became meaningless, the offensive production battle between Arenado and outfielder Carlos Gonzalez was entertaining to see. Colorado was fifth in the MLB with a team batting average of .265. It also was fourth in hitting with runners in scoring position, averaging .279 as a team. More impressive, Rockies batters had the fourth-highest average when trailing in the count.

The Rox can hit, and hit well for that matter. In games that they lost, the Rockies were first in the league with a .237 batting average. Even when they lost, the bats still contributed. The Rockies’ lineup was pretty solid top to bottom in 2015; there were less blatant weak spots than a lot of other teams. But as fans witnessed, great hitting does not ensure victory. The impressive showing by the Rockies’ offense was once again overshadowed by its awful pitching.

Same story, different season: good hitting, bad pitching, no real offseason help brought in. This is the layout of the Rockies that has remained unchanged since the team last went to the playoffs in 2009.

This team will continue to lose as long as its pitching is so bad. But keep in mind, getting a decent pitching staff isn’t impossible. In fact, the Rockies have proven that they don’t even really need a good pitching staff to win. During the memorable 2007 season, the Rockies had a team ERA of 4.32. The day Colorado can pitch decently as a staff will be the day that this team regains its relevance in baseball.