Coin Toss: Will CU soccer or volleyball have a better season? 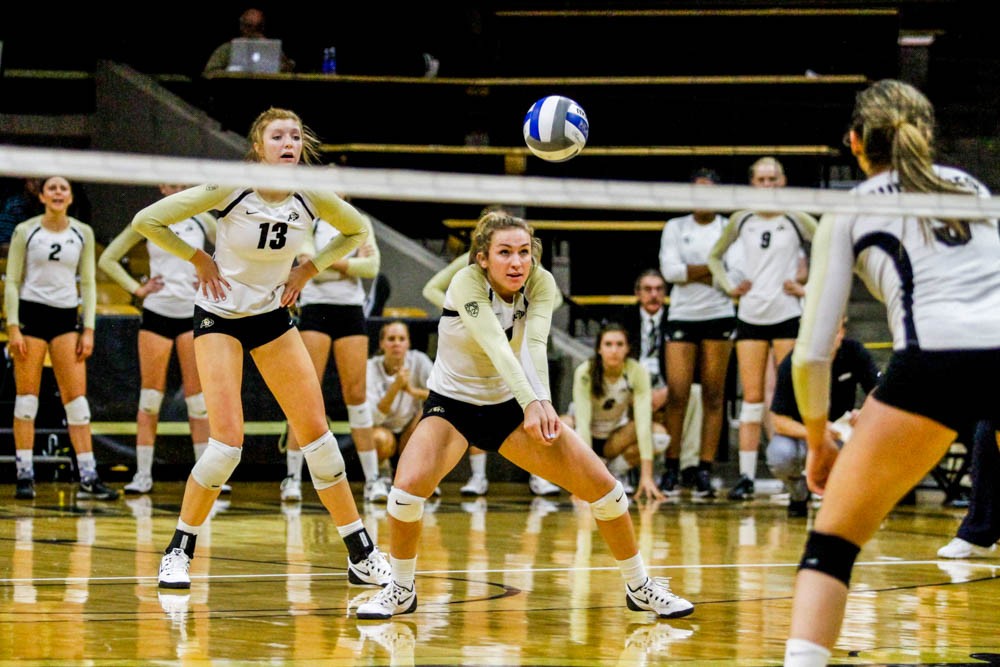 With teams in both sports riding momentum so far this season, CUI sports co-editors Sam Routhier and Jared Funk-Breay debate: which team will have a more impressive year?

Jared Funk-Breay: Volleyball has a ton to be excited about this year, and it will have a world of opportunities to pick up quality conference wins with the Pac-12 placing seven of the top 18 teams in the AVCA Coaches poll.

After a rocky start to the season, the Buffs have improved to 8-5 on the year and have a signature win against No. 17 Florida State.

The team is gaining steam heading into conference play this week; it rattled off four wins in a row, and Gabby Simpson was named the Pac-12 Player of the Week. She had a career-high 21 kills against Montana State and averaged 4.71 kills per set in last week’s Omni Invitational tournament.

While Colorado isn’t currently ranked in the top 25, it is receiving votes in the coaches poll. It should only take a win or two against a top-ranked Pac-12 opponent to catapult the Buffs into the rankings. They fell to Utah in its conference opener, but it has a huge chance to rebound against No. 6 Washington on Saturday. 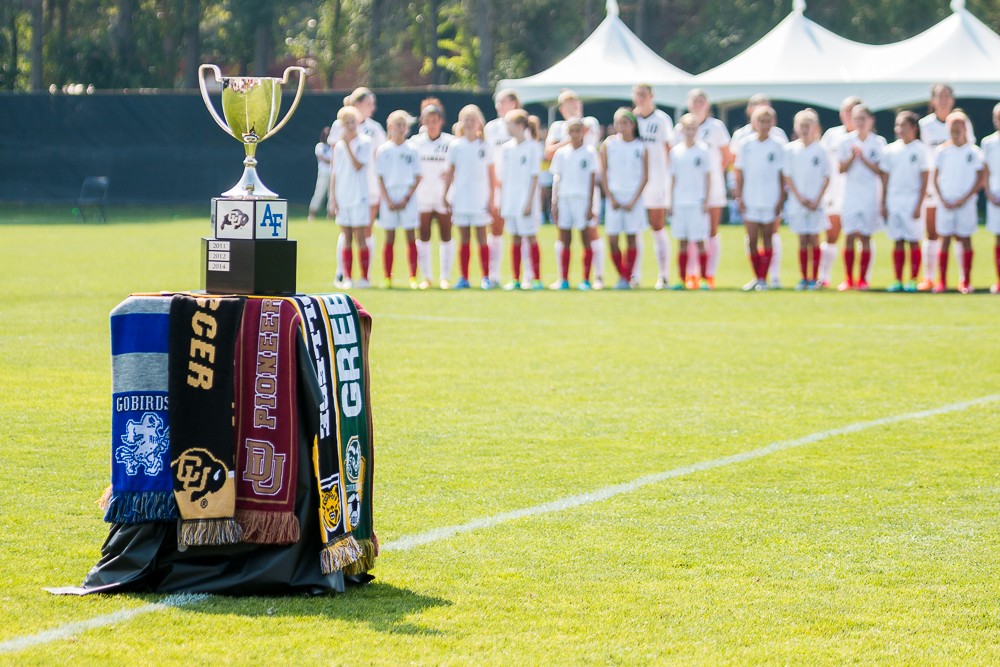 The Colorado Cup stands on the field during introductions of the CU soccer team in their match against Colorado College. (Matt Sisneros/CU Independent)

Sam Routhier: The Pac-12 may be stacked in volleyball, but the conference is no slouch in soccer, either.

Four Pac-12 teams sit in the NCAA Top 25 coaches’ poll, including the Buffaloes’ opponent this upcoming Sunday, No. 14 California, and four other Pac-12 teams received votes this past week. Colorado isn’t among those eight yet, but coming off of a non-conference schedule with a 6-2-1 record and impressive wins against New Mexico and Villanova, the Buffs are picking up speed as Pac-12 play approaches.

Colorado’s starting 11 features impact players on both ends: Senior goalkeeper Kate Scheele and junior forward Brie Hooks. Scheele has five shutouts to her name, and has only allowed five goals through the team’s first nine games. Meanwhile, Hooks has been Colorado’s most dangerous weapon yet again this season, as she leads the team in both goals and assists with four each.

The Pac-12 may not boast cream-of-the-crop talent in soccer the way it does in volleyball, but there is enough there that Colorado could find itself receiving votes for the top 25 as early as next week, should the Buffaloes upset California on Sunday.

Jared Funk-Breay: Don’t get me wrong — I think soccer is going to have more than a fine season.

But Colorado volleyball will more prepared for success this season and ready to face that competition. Last year, the Buffs only played one ranked team before conference play, and this season they’ve played three teams that were in the top 10 at the time.

Senior setter Nicole Edelman is someone to really get excited about. Last year, she totalled 844 assists, and this year she already has 418. Her senior leadership will be huge.

Alexis Austin is the only other senior on the volleyball roster, and she has been making plays, with 179 kills (3.81 kills per set) so far this season.

Last year, the team lost a close match against No. 9 Colorado State in the second round of the NCAA Tournament. With a bit of improvement, I think the Buffs can make it even further this year.

Sam Routhier: Volleyball undoubtedly has experience and proven success, but the way I see it, our soccer team is more primed for a playoff push.

Last year, Buffs volleyball made that early exit after facing a tough in-state draw against CSU in the postseason. Soccer, meanwhile, turned heads when Colorado vanquished No. 15 BYU in the first round, and only fell in the second round after a hard fought 1-0 overtime battle against No. 6 North Carolina.

And by the way, Colorado’s goal scorers in their 2-0 win over BYU were then-juniors midfielder Olivia Pappalardo and defender Madison Krauser — both of whom lead an experienced starting lineup for Colorado that, while peppered with youngsters like the volleyball squad, features nine upperclassmen.

Volleyball may be closer to its respective top 25 right now, but something tells me that playoff experience and a roster stacked with veterans will show through when Colorado soccer makes its march through the NCAA tournament this November.