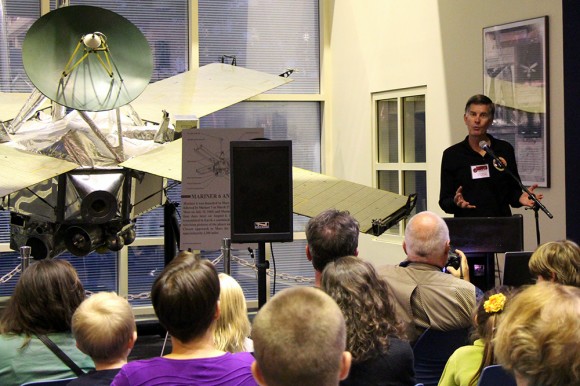 Students, professors, researchers and space enthusiasts gathered Sunday night at the LASP (Laboratory for Atmospheric and Space Physics) building on East Campus to watch a NASA broadcast of the orbital insertion of the MAVEN spacecraft into the Martian atmosphere after a 442 million mile flight through space.

CU is the lead institution in the mission, with collaboration from NASA, Cal-Berkeley, United Launch Alliance and Lockheed Martin. CU professor Bruce Jakosky is the principle investigator for the mission, and two of the nine scientific instruments on board the spacecraft were designed and built at CU. With the spacecraft in orbit, the Science Operations Center at LASP will now monitor and control the MAVEN spacecraft.

The spacecraft launched on November 18th, 2013, from Cape Canaveral Air Force Station in Florida. It will continue operation for the next year, although it is possible that NASA will grant funding to extend the operation of MAVEN. 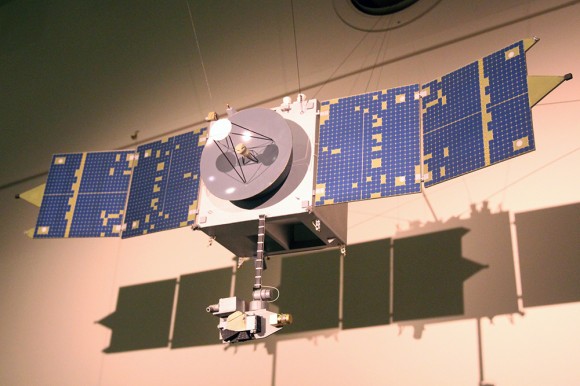 “We’d like to learn about the Martian atmosphere,” said David Brain, an investigator on the MAVEN science team, while giving a presentation at the event. “MAVEN is going to measure gas escaping from the atmosphere away to space, like watching the steam escape from a pot of water.”

This is important data to collect because researchers believe billions of years ago Mars had an atmosphere very similar to our own.

Today, scientists know almost nothing about the processes that drive the loss of Martian atmosphere.

“That’s why we have a whole space mission to study this,” said Brain. “What’s giving enough energy to the upper atmosphere to allow gasses to escape from Martian gravity?”

This research will provide insights into what has happened to the Martian atmosphere, and what could happen to our own atmosphere.

The spacecraft used an automated system to turn on its thrusters and slow down to be trapped in orbit at 7:50 p.m. Sunday, and was officially trapped in an elliptical orbit of Mars at 8:25 p.m.

The entry of the spacecraft into orbit signals the end of the engineering work at Lockheed Martin, where the spacecraft was built, and the beginning of scientific work to be done by the MAVEN Science Operations Center at LASP.

“This is it, it’s crunch time,” said Science Data Center manager Alex DeWolfe, who is in charge of distributing data to the instrument teams, which developed the two CU instruments on board MAVEN.

CU has an extensive history in space, LASP has been building space hardware since 1949 and CU is the only public educational institution to send experiments to every planet in the solar system – and Pluto.

“It’s cool to go to a school that is so involved in space exploration, I had no idea until now how much work CU did with NASA,” said Tyler Schad, a film studies major who attended Sunday’s launch party. “How many people can say their school has made it to Mars?”

MAVEN will now enter a six-week transition period, which will involve system deployment and collaboration, and will then begin its atmospheric experimentation. 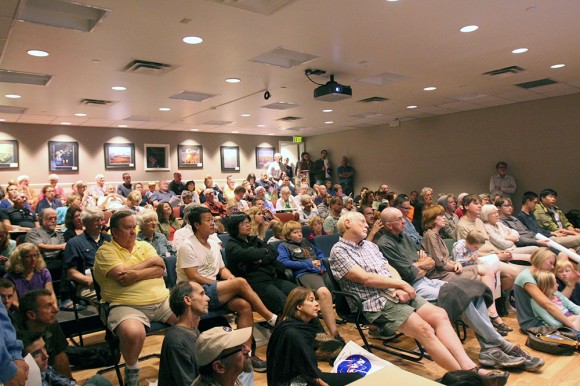 Large crowds of people packed both the main conference room and the lobby of the Laboratory for Atmospheric and Space Physics on Friday to watch NASA’s live video covering the MAVEN Spacecraft entering Mars’ orbit. (Gray Bender/CU Independent)