CU football squeaks past UMass for first victory of 2014 season 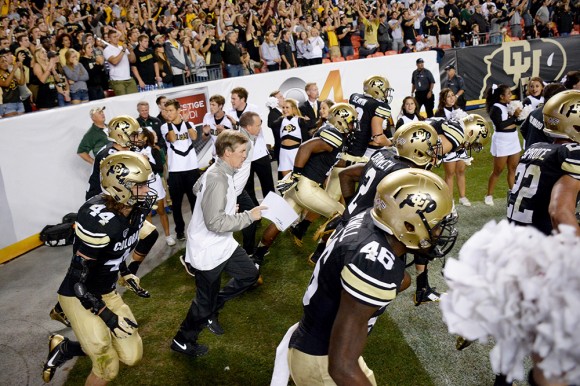 Head coach Mike MacIntyre and the Colorado Buffaloes make their way onto the field to start the second half of the 2014 Rocky Mountain Showdown on Friday, August 29. (James Bradbury/CU Independent)

The Colorado Buffaloes captured their first win of the year Saturday, beating the University of Massachusetts in Foxborough, 41-38. It wasn’t an easy victory, and the Buffs were down as many as 11 points in the third quarter. CU went on to score 21 consecutive points and didn’t relinquish the lead.