Lady Buffs take down UCLA, sail to second round of Pac-12 tournament 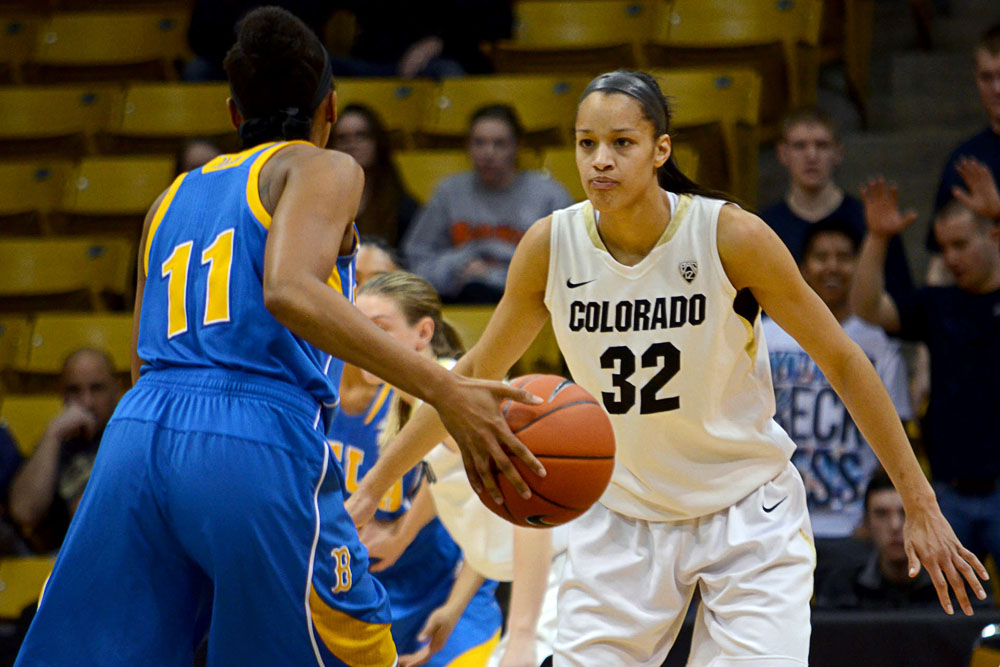 After an up-and-down year and the loss of junior forward Jen Reese in their penultimate regular season game against UCLA, the University of Colorado women’s basketball team stepped up in the opening round of the Pac-12 Women’s Basketball Tournament when they played the Bruins again, beating UCLA 76-65.

Double trouble for the Bruins came in the form of a dynamic pair of Lady Buffs from Long Beach, Calif. Senior sisters Brittany and Ashley Wilson combined for 33 points, while the rest of the team provided support in the wake of Reese’s injury. Sophomore forward Arielle Roberson said great teams were the ones that had players who could step up if a situation such as Reese’s arose.

Junior guard Lexy Kresl contributed 14 points and was perfect from the free throw line, shooting 6-6. For the Bruins, sophomore guard Nirra Fields led the way with 24 points on 8-19 shooting, but she had trouble from beyond the arc, missing all six of her 3-point attempts.

It wasn’t all smooth sailing for the Buffs, who trailed by as many as eight late in the second half. But after a quick layup by Ashley Wilson to cut the lead to six, it became the Brittany Wilson show for the next couple of minutes. A steal, a critical three pointer and an assist to freshman forward Lauren Huggins tied the game up at 46.

The 10-point run gave CU the momentum to pull away, and the Bruins never got closer than three points to the Buffs for the rest of the game. This was the third matchup between CU and UCLA this year, and the victory gave Colorado the sweep over the Bruins for the 2013-2014 season.

The Lady Buffs advance to the second round of the Pac-12 tournament and face No. 1 seed Stanford University, who is also ranked No. 4 in the NCAA. That game will be televised on the Pac-12 network Friday, March 7 at 1 p.m. MST.