Legislative Council wants to declare support for CU South, with some conditions 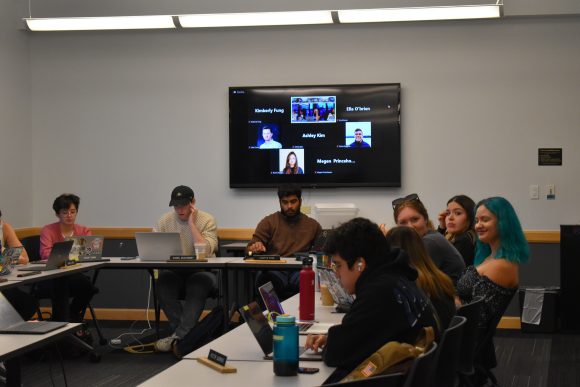 On Thursday evening, the University of Colorado Boulder Student Government Legislative Council heard arguments for a resolution supporting the annexation of CU South.

CU South is a 308-acre property south of U.S. Route 36 and Table Mesa that the university has owned since 1996. On Sept. 21, 2021, the city of Boulder annexed the land. The agreement outlined the type of development and flood mitigation that the university should perform, purportedly based on the needs of CU Boulder and the Boulder community. 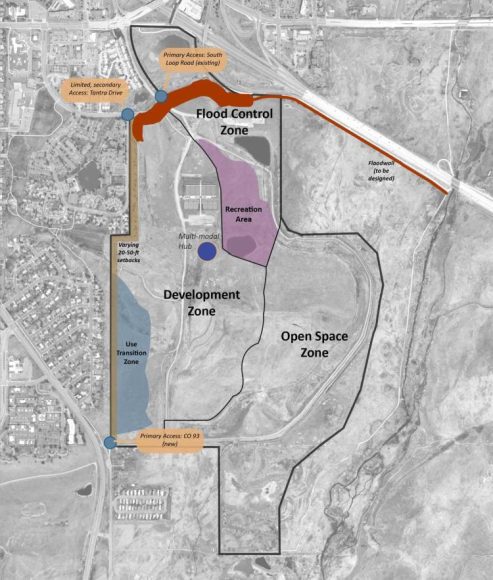 Map of the plans for CU South development. (Courtesy of the University of Colorado Boulder CU Boulder South website)

CU South’s development plans include a 100-year flood mitigation project to protect over 2,000 residents from floods. The plans also assign 129 acres in the development zone as primarily university housing for faculty, staff and graduate and non-freshman students.

Since CU South’s annexation, many city residents have come out in strict opposition to developing the land. A local campaign, called Repeal CU South, successfully gathered enough signatures to include a referendum to repeal the annexation on Nov. 8 in Boulder’s municipal election. The campaign claims that the loss of open space and the increase of traffic from expansion are among many reasons to repeal.

“It’s really critical that this project happens and that this annexation proceeds,” said Chase Cromwell, CUSG’s director of legislative affairs, referring to the flood mitigation and housing development plans. He said the issues Boulder community members are concerned about, such as the loss of open space, could be discussed in the planning phases of developing the land rather than scrapping the project altogether.

The referendum will appear as Ballot Question 2F, which will allow Boulder residents to vote on whether or not to repeal the annexation of CU South. Cromwell authored Legislative Council’s resolution 97 LCR 03 in response. The resolution would declare CUSG’s support for the annexation.

However, the resolution is not an unconditional vow of support. While CUSG would begin plans for student and community outreach on this issue, the resolution also calls for more sustainability efforts and to prioritize the CU Boulder community over the profitability of the annexation.

Cromwell said he wants to see the university pursue lowering housing costs, developing more high-density housing and going beyond basic university sustainability policy requirements, in areas like transportation. However, the university is not obligated to consider any of these requests.

The development of CU South, if it is not repealed, will likely take years. This means that the university can wait out CUSG term limits, which makes it difficult for CUSG to maintain consistent pressure on this issue.

“I think it’s important that we establish the role of CUSG and the role of leg [legislative] council in things that happen in Boulder moving forward,” said Legislative Council President Aaditya Pore in support of the resolution.

Pore also said that he’d like to meet with university officials on this issue before next week’s reading of the resolution to solidify CUSG’s position on the issue.

The resolution was unanimously approved for second reading, where it will be voted on for final passage at the next legislative council meeting on Sept. 22.