Before home finale against Washington, the Buffs have several positives to reflect upon 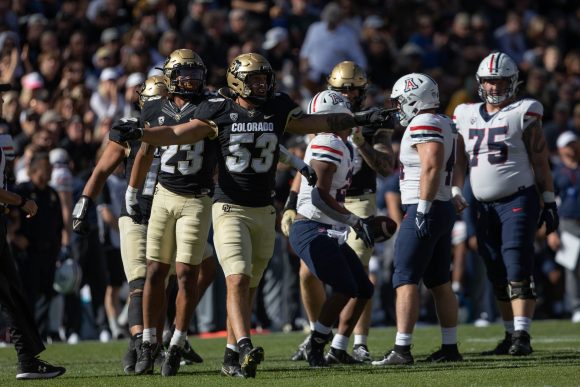 Head coach Karl Dorrell mentioned how this game marks the last time some seniors will ever play at Folsom Field, making it an emotional contest.

“It’s always a difficult week, particularly when it’s their last time playing at Folsom Field,” Dorrell said. “It’ll be pretty emotional, but hopefully, it’s a great thing that they’ll be able to feel throughout the experience of the day. That’s our goal, to play a really good football game against a very good team and play well, send these guys off the right way.”

Although this has not been the most winningest season for CU, the Buffaloes have set several impressive records so far in 2021. Sophomore tailback Jarek Broussard is the fastest Buffalo to 1,000 career rushing yards as it took the former Pac-12 Offensive Player of the Year just nine games to reach that mark.

Defensively, the Buffaloes have set a team record for most games without a turnover in a single season with a total of five. Senior linebacker Nate Landman has unsurprisingly set three school records, as he has the most third-down stops (51), the most fourth-down stops (9), and the most tackles for zero yards or less (30) throughout his entire career in a Colorado uniform (2017-2021). Although Landman is currently injured, Dorrell noted that there is a possibility of him returning against Washington.  Dorrell reflected on the impact that Landman and his legacy have left in Boulder, Colorado.

“I believe he’s such a popular player because he has such humble qualities,” Dorrell said. “He has all of his ducks in a row in the right places. He has a great perspective about life, about the game. He doesn’t take anything for granted. He knows that there’s going to be a point in time where he won’t be able to play this great game again. So his approach at practice is as if it is his last practice. I wish I had 120 guys that had that attitude. But his whole purpose, and how he plays the game and why he plays, is because he doesn’t want it to be taken away. He values it that much, and I’d pick him on any team in the NFL, no question. This guy is the fabric of our team.”

Despite the achievements, Colorado still ranks as one of the worst offenses in the Pac-12 and the NCAA. Out of the 130 teams in the Football Bowl Subdivision (FBS), Colorado ranks 125th in passing offense, 126th in total offense, 122nd in third-down efficiency, and 119th in scoring offense. Out of the 12 Pac-12 teams, the Buffs rank 12th in passing offense, 12th in total offense, 12th in third-down efficiency, 11th in scoring offense, and 12th in a time of possession. Dorrell explained how the team needs more players to step up and make big plays in crucial moments rather than relying on the next guy to do it.

“Sometimes, when you have an inexperienced team, everyone feels that they have to do their job better,” Dorrell said. “Instead of just saying you have to do your job better, we need some of these guys to say: I’m going to make this play to stop this, or to start something special for a drive offensively, or to create a big turnover on the defensive, or to get great coverage on a kickoff or punt return, those types of things. So the training that we’re trying to establish within our team is not waiting on someone else to do it. Why not you? Why not you and your role be the catalyst to stop something and to swing the momentum change.”

Dorrell discussed how his players continue to work hard to finish the season strong.

“Their attitudes are still pretty good about competing and getting better,” Dorrell said. “They know that they want to finish this season on a positive note, and we’re gonna work hard to do that.”

The Colorado Buffaloes will play their eighth conference game against the Washington Huskies Saturday, Nov. 20 at 1:00 p.m. MST.