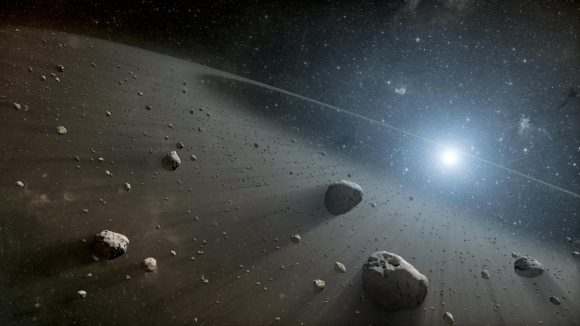 The United Arab Emirates Space agency has partnered with the University of Colorado Boulder’s Laboratory for Atmospheric and Space Physics (LASP) to build an unmanned spacecraft that will visit the asteroid belt, the university announced in early October.

The Mars mission laid the groundwork for future cooperation between the UAE and LASP, which paved the way for this new mission.

“The purpose of the scientific part of the mission is to explore the asteroid belt,” said Pete Withnell, project manager at LASP for the UAE Asteroid Mission. “It is composed of literally 1 million-plus asteroids mostly located between Mars and Jupiter. They were formed at the same time as the solar system around 4.5 billion years ago and offer clues as to the formation of the solar system.”

LASP at CU Boulder is a research institute that has worked on dozens of interplanetary missions. It was founded 10 years before NASA and is the only institution in the world to have sent missions to all eight planets, as well as Pluto.

Asteroids are sheddings of planets that are too small to be categorized as dwarf planets. Some are made up of iron and nickel and some appear to be covered in ice. Although there are increasingly more advanced measures being used to observe the asteroids from Earth every day, astronomers are still unsure of the complicated elemental makeup of many of these asteroids.

“The soft side of this mission is the relationships that are built both sector to sector, institution to institution and individual to individual,” said Sarah Al Amiri, Minister of State for Advanced Technology within the UAE and chair of the UAE Space Agency.

“What people see is the end product; a launch vehicle or certain instruments, but what’s really behind all of that is this international collaboration. What we have here is truly a unique way of forming a collaboration where we have U.S. and Emirati scientists and engineers working side by side,” Al Amiri said.

The team behind the project is planning to build a technological instrument to collect specimens from these ancient rock bodies. Since this project has only been in the works for a few months, the STEM community can look forward to watching the project unfold and blossom into something more tangible as time goes on.