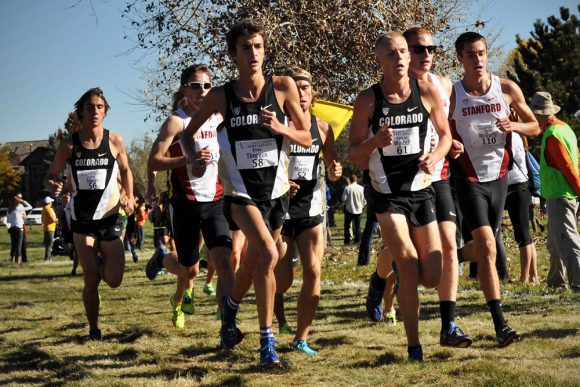 Friday was a memorable day for the University of Colorado Buffaloes cross country team at the 2021 Pac-12 Championships at the windy Chambers Creek Park in Washington. On the men’s side, senior Eduardo ‘Lalo’ Herrera took home the individual title and led the No. 9 Buffs to a second-place finish. Senior Rachel McArthur led the No. 6 CU women’s team to a second-place finish as well.

The Pac-12 once again proved to be one of the top conferences in cross country as three ranked men’s teams, No. 4 Stanford, No. 6 Colorado and No. 8 Washington, battled it out for the top three places, respectively. Herrera’s win gave the Buffs back-to-back individual champions on the men’s team after Joe Klecker and CU as a whole placed first a year ago. Head coach Mark Wetmore did not understate how impressive Herrera’s win was in such a unique season and tough competition.

“This is annually one of the best, if not the best, cross country conference in the country,” Wetmore said. “It’s hard to win as a team and it’s hard to win it as an individual… To have Lalo win this year is rewarding. He had the best training of his life since we all got shut down in March. He did very good work alone, which distance winners have to do, and it paid off today.”

Herrera raced from the front for much of the race pacing with Stanford’s lead runner, Charles Hicks. After both runners hit the 4k mark, Herrera made his move and opened up a significant lead over Hicks that he never gave back.

“I’ve been working really hard over the summer and I was confident with my strength so I wouldn’t have a problem with taking off after 4k to go,” Herrera said. “I just wanted to keep pushing the tempo. I was trying in surges to see if he was going to hang on. I just made it a strong race, an honest one.”

Aside from Herrera and fellow senior Alec Hornecker, the Colorado men’s team reared its youth and did not race at their highest level according to Wetmore. Two runners that did stand out were sophomore Austin Vancil and junior Ethan Powell who finished in 13th and 16th place respectively. Both runners ran an impressive last 2k where they passed Washington runners to take back second place for CU.

“After Lalo, we weren’t brilliant,” Wetmore. “There were a couple of pretty good races. It was a very nice race for Ethan Powell, but this was not their A-game by any means.”

On the women’s side, the Buffs finished with two top-10 runners in McArthur (fifth place) and senior Abby Nichols (eighth). Like the men, the women were unable to break through Stanford’s dominance of three top-5 runners. It was a significant improvement for CU, which finished fourth as a group in last year’s conference championships.

“I’m pleased with the people that are improving,” Wetmore said. “The women’s team ran pretty well for where we are. I’ll give them a good grade for today, particularly where we were back in October. They made a lot of progress. They still have a lot of room to go. We can make some steps in 10 days at the NCAA (Championships), but we have to make big steps by six months from now.”

Colorado will now look ahead to the NCAA Championships which begin on March 15. Both the men’s and women’s teams are expected to compete, but the field will be selected on Sunday. Herrera will look to challenge the nation’s best runners and hope to run a competitive race.