‘I never even considered myself essential’: Grocery employees step up to the front lines in battle against COVID-19 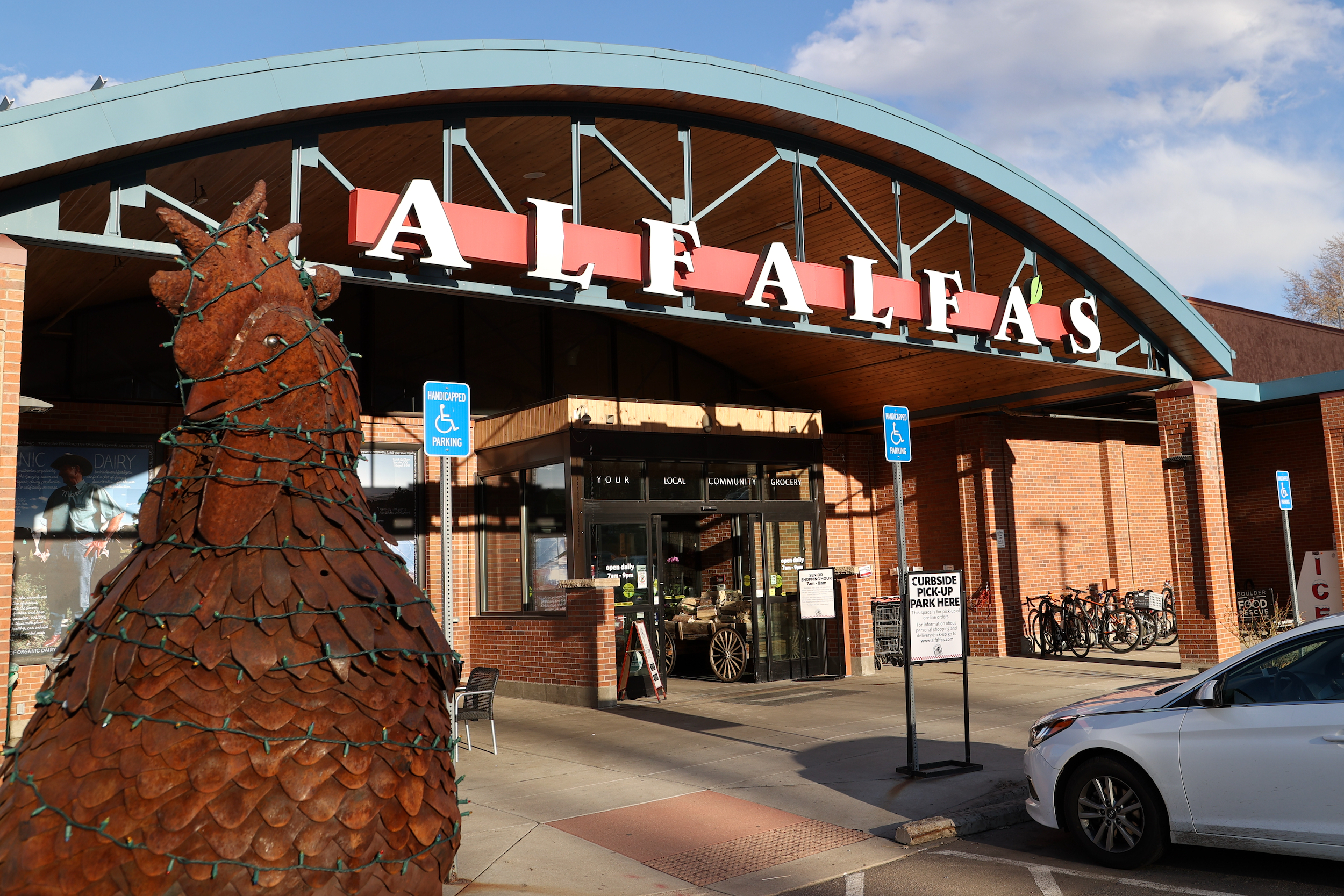 Posted near the time clock on a wall in Boulder’s Alfalfa’s Market is a note that reads, “Who would have thought that doctors, nurses and grocery store workers would become more popular than musicians and actors.”

The novel coronavirus, in its unrelenting spread, has forced grocery store employees to the front lines in the battle against the highly-contagious disease. For many, its been a chaotic experience.

“Never at any point did I think that the entire world would be locked down, but I would have to work,” said Will Sorensen, store director of Alfalfa’s. “I never even considered myself essential. I never thought, ‘hey there’s going to be a time when you’re needed.’”

For many, the past two weeks have been a whirlwind.

“When the mayhem hit, with people starting to stockpile, some departments saw a crazy jump,” said Sorensen regarding the shop’s grocery department, meats and produce. “But prepared foods like the coffee bar and juice bar, the bakery, things that are handled final products took a dive.”

“I never even considered myself essential. I never thought, ‘hey there’s going to be a time when you’re needed.'”

Sasha Price, a prep cook at Ideal Market, has experienced this first hand, as customers stray from prepared foods. With a waning demand for his department, his work mostly consists of deep cleaning and filling the gaps where needed. Still, Price’s opportunities have taken a slight turn for the better, a drastic contrast to local businesses, especially restaurants, that have lamented their reduced hours and temporary closures.

But Price said that since limiting the number of customers allowed in the store sales have dropped.

“When everyone went panic crazy, our store had more sales than it’s ever had in its entire career,” he said. “But now, we are definitely decreasing.”

Sagun Shrestha, a cashier at Ideal Market said his biggest adjustment has been increased cleaning protocol and having to limit the number of customers allowed in the store at a time.

“Before it was just a job, but now we’re here so all these people can get food,” Shrestha said. “We have to stay open, so we have to stay clean essentially.”

Employees know every day they come to work they are putting themselves at an increased risk of contracting the virus. Stocking shelves and cleaning frequently touched surfaces, a task that was as common as it was expected, has now begun to feel more dangerous.

“I am a little scared that I will get it, just because I don’t want to pass it along to anyone,” Shrestha said. Before the outbreak, he lived with his parents but has since decided to sleep at his friend’s house to avoid the risk of spreading it to his family.

Despite the frantic nature of the past several days, Sorensen, the Alfalfa’s store director feels that there is a heightened sense of community. Even as shoppers continue to snatch up produce and cleaning supplies, their gratitude seems more on display.

“There’s a good chunk of people that have an entitled nature to them and can be rude to all of us,” Sorensen said. “But I feel like they’re far less than ever before.”