Concerts, theater and more: Check out these at-home shows 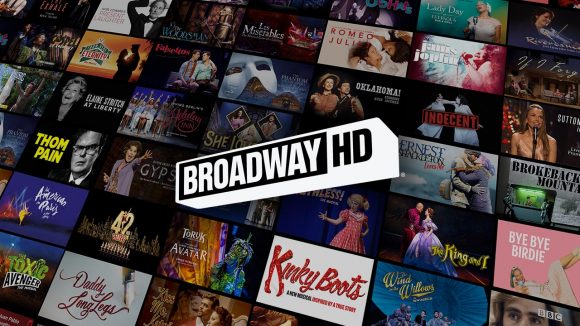 As we battle the spread of COVID-19 by kicking up our feet, grabbing the remote and staying inside, it can be easy to feel that the simple pleasures of the world outside are no longer possible. But just because you’re in self-quarantine doesn’t mean you can’t still enjoy some live entertainment. You may set up your own home theatre to better enjoy live concerts and newly released movies.

We’ve compiled a list of upcoming live concerts as well as recorded shows and streaming performances.

Garth Brooks announced on Facebook that he will be performing a live concert  Monday at 7 p.m. EST. This will continue every week at the same time. Find it here or with #studiog on Facebook.

On Instagram, the band Deal Casino created a live concert series with smaller alternative rock bands. This concert will last a week starting beginning with the Shoobies on Monday at 7:30 p.m. EST. It will continue every day of the week at the same time with bands Stillhungry, Skyline, The Happy Fits and Sonic Blume.

Live shows for artists can also be found here at StageIt. This paid, live streaming service allows fans from all over to connect with, watch and support their favorite artists. The site offers a wide range of artists from Sara Bareilles to Jimmy Buffet to smaller performers.

Check out #TogetherAtHome, a live stream concert series sponsored by Global Citizen, an organization that fights poverty and world hunger. The series can be found on this YouTube playlist. The amount of live streams increases every day and now includes nine famous artists such as John Legend, Shawn Mendes and Chris Martin of Coldplay.

Rob Thomas created his own #socialdistancingsessions, and encouraged fellow pop singers to do the same. You can check out his first post from March 16 here.

BroadwayHD offers a seven-day free trial for unlimited access to filmed Broadway productions. Since all Broadway shows have closed and been canceled, this streaminbog service offers a look at past productions that have played the stages before.

Go to the movies:

If you are a University of Colorado Boulder student, you can use free movie streaming site Kanopy. All you need is a student email to create an account. Featuring Oscar-winning films like “Moonlight” to indie films and documentaries, the platform provides something for everyone.

Disney+ also has a seven-day free trial, and its membership is $6.99 per month. A special offer right now is $12.99 per month, which gives you access to Hulu, ESPN+ and Disney+. You can watch the animated classics as well as Star Wars, Marvel and National Geographic. And in case you’re wondering, Disney released the new “Frozen 2” on the streaming service as well.