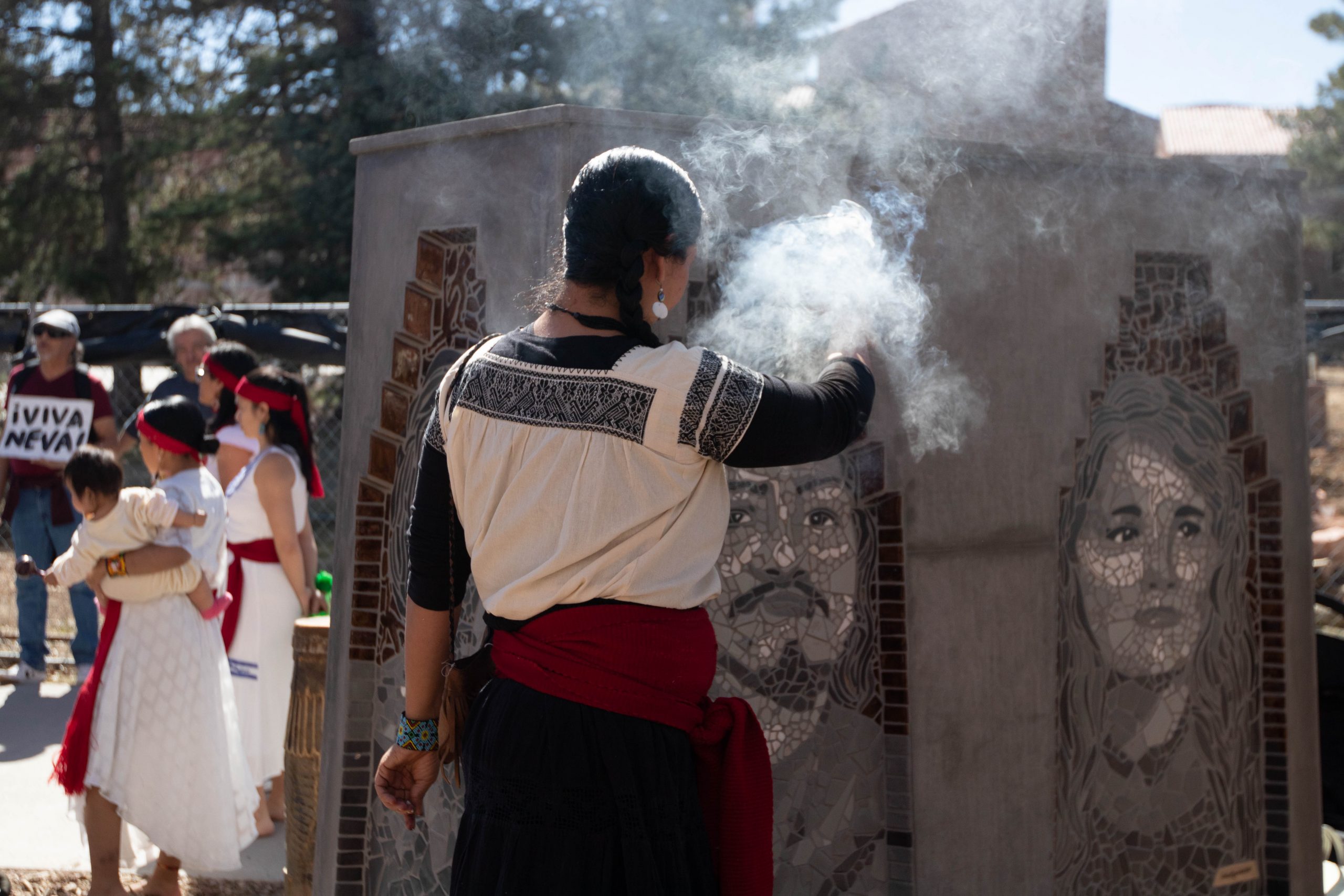 Nearly 100 University of Colorado Boulder students, faculty and community members gathered on campus Wednesday to protest the temporary status of the Los Seis sculpture erected in August. Protestors hoped the sculpture would be granted permanence due to its cultural and historical importance but a recent announcement from CU Boulder Chancellor Philip DiStefano that the installation’s temporary permit would be extended falls short of the desired outcome for some.

“It was one of the biggest projects of last year,” said CU Boulder student Rosa Ramirez a member of UMAS y MEXA, a  student coalition between the United Mexican American Students and Movimiento Estudiantil Chicanx de Aztlán.

Dedicated to the lives of six Chicano CU students and activists who were killed in car bombings in Boulder in the 1970s, the sculpture stands as a symbol of Chicano activism and legacy.

Its location outside Temporary Building No. 1 also bears significance as it is the building Chicano students occupied for 18 days as part of a protest against the university’s budget cuts to their financial aid. The occupation coincided with the deaths. 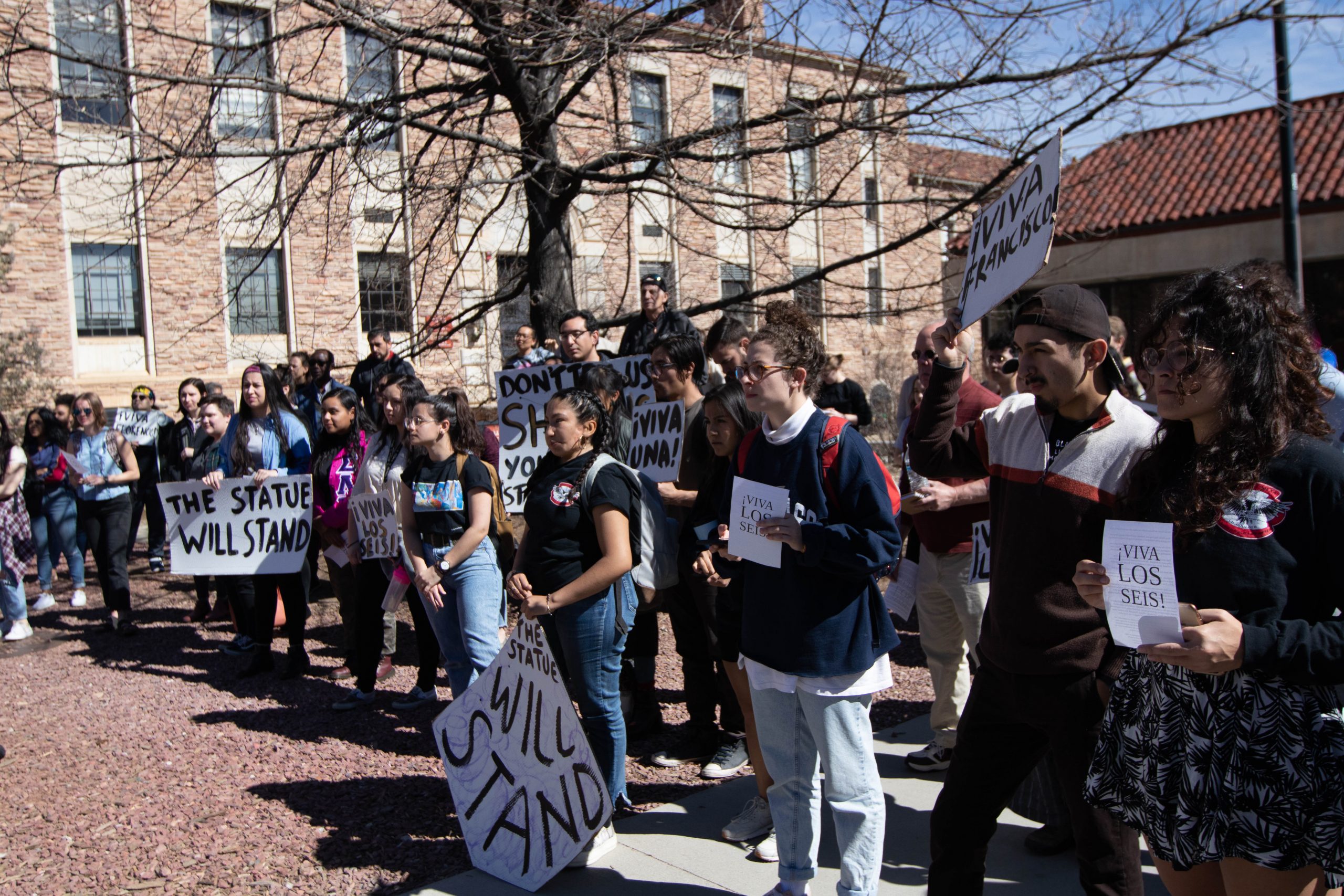 The sculpture had already expired its 180-day temporary permit in February, but DiStefano decided to extend that deadline to early March. During that time, a committee, known as the CU Boulder History Project, was formed to evaluate the potential for student artwork to remain permanent on campus. The committee’s members are not currently known and it has yet to put forward a timeline for when it will come to a decision about the Los Seis sculpture.

“It sends a message not just about accountability from the past but what CU thinks now,” said CU Boulder student and UMAS y MEXA member Mariana Galez Seminario.

“It is very likely we will have to be out here again, we will have to do this again,” said Mateo Manuel Vela, co-chair of UMAS y MEXA. He said the school needs to “open the dialogue” about the sculpture’s permanence and criticized an apparent “lack of transparency” around the decision making process.

One protestor included former CU assistant professor Lupita Montoya who claimed she faced a discriminatory tenure review process in the College of Engineering and Applied Sciences. Montoya, who was one of the few Latina women in the college and was denied both tenure and a chance to re-open her case, garnered attention in February when students protested the college’s decision.

“Most institutions have pride knowing they have helped make things better,” Montoya said. “Maybe their mothers will tell them what the right thing is …. you do not erase history.”