The King’s Singers create unity in their album ‘Finding Harmony’ 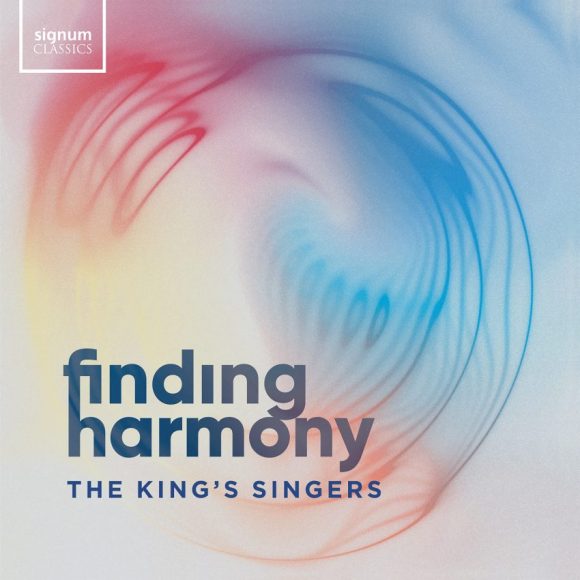 “One day the sky will be bluer,” The King’s Singers intone, their harmonies cascading like a waterfall. “One day a child full of wonder won’t feel the dark sound of thunder.” The track, titled “One Day” by French composer Michel Legrand, opens The King’s Singers’ newest album “Finding Harmony” with rich harmonies and messages of hope.

“Finding Harmony,” which was released Friday, Jan. 29, 2020, is one of The King’s Singers’ more diverse albums. To celebrate the group’s 50th anniversary, The King’s Singers said they wanted to use music to “find unity in a world which is more divided than it has been in a long time,” thus aiming for both musical and cultural harmony. The group pushes conventions in this album, juxtaposing folk songs from Georgia, Scotland, Estonia and Mexico with traditional repertoire from Bach and Byrd, as well as pop covers of Kesha and Ariana Grande.

Formed at King’s College, Cambridge, in 1968, The King’s Singers boast a long career of international success with countless albums and performances. The a capella sextet always includes two countertenors, a tenor, two baritones and a bass, although the group has seen 28 different singers total over the years. Despite the turnover, their distinctive style has remained with a flawless vocal blend, known as their “pyramid of sound,” and stylistic versatility, ranging from Bach’s baroque oratorios to Gyorgy Ligeti’s contemporary “Nonsense Madrigals” to Toy Story’s “When She Loved Me” to John Legend’s “All of Me.”

The new album is likewise multifaceted, yet the contrasting pieces find cohesion in the overall mission of unity. The overall purpose seems reflected in the second track “If I Can Help Somebody” by Alma Androzzo, which Martin Luther King, Jr. popularized: “If I can help somebody as I pass along, then my living will not be in vain,” the sextet sings. Their luscious background humming, rich and chasmic, imbues the track with gratification. Their message of hope in troubled times and ever beautiful voices are certainly not “in vain.”

Although their trademark slow tempos and pensive style appear throughout, the album has nuggets of animation, particularly in the Mexican song “Cielito Lindo” (“Lovely Sweet One”). The countertenors excitedly lead the bouncy “ay ay ay ay,” while the lower voices alternate between playful syncopations and repeated chromatic, colorful harmonies. Later, in Gaelic folk song “Puirt a’ bheul” (“Mouth Music”), the sextet creates velvety harmonies, singing in upbeat Gaelic, followed later with funny lyrics in English: “You are a stupid idiot, a stupid old idiot soldier.”

The album’s forays into pop music are mixed. The King’s Singers’ cover of Kesha’s “Praying” is wonderfully contemplative and mournful, albeit far from Kesha’s power ballad; however, Ariana Grande’s belted, desperate “One Last Time” suffers at a crawling, slow tempo with perfect legato, lacking the necessary anguish. The last song on the album, “This Little Light of Mine” by Harry Dixon Loes, recovers the album’s energy with easy cheer and assurance, finishing with echoing promises of “I am gonna let my little light shine.”

Each song on “Finding Harmony” is a multilayered, intricate work. It’s a wonder that so many disparate songs from different countries, time and cultures can coexist peacefully – a testament to The King’s Singer’s artistic vision and proof that music can bring us together.