‘The Phantom Carriage,’ a haunting tale of morality, shows at Muenzinger 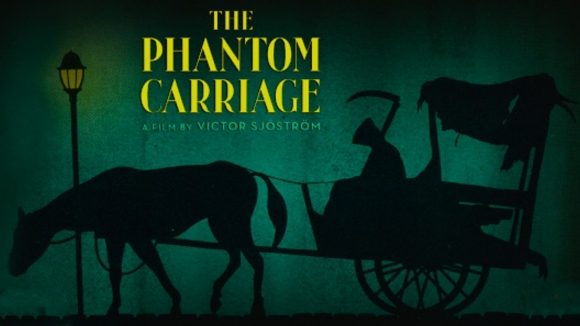 The University of Colorado Boulder offered a screening of Victor Sjöström’s 1921 silent film, “The Phantom Carriage” Sunday in the Muenzinger Auditorium. The film featured a live performance of the score by the Mont Alto Motion Picture Orchestra. Theater-goers were treated to a unique experience, thanks to a rich orchestral performance backing the haunting tale of morality, death and redemption shown onscreen.

The 1921 fantasy-horror film, based on Nobel Prize winner Selma Lagerlöf’s novel “Körkarlen,” is considered a classic of Swedish cinema. The film is centered around David Holm (Sjöström), an alcoholic, ne’er-do-well who finds himself spending New Year’s Eve on the streets alone. As Holm reflects on his recent lows, which includes his abandonment of his wife and children and subsequent jail time due to his drinking habits, he suddenly dies due to a graveyard brawl with a fellow drunk. Holm’s night doesn’t end there, as legend says the last person to die on New Year’s Eve is doomed to take the reins of Death’s chariot and work all year to collect souls of the departed.

The live performance of the film’s score elevated the its viewing to a much more engaging level. The ensemble incorporated chimes to emulate the strike of midnight on the town’s clocktower, and grating strings to mimic the grinding crawl of Death’s chariot as it passes along the desolate Swedish countryside.

The film balances between influences of Swedish folklore, superstition and Christianity. Holm becomes re-animated as an apparition and is forced to tour the sins he committed as a flawed misanthrope, similar to Charles Dickens’ well-known novel “A Christmas Carol.” However, the film’s unique twist on this is that Holm visits his checkered past with his former friend and enabler of alcoholism, Georges.  Much of the film is spent in a series of flashbacks, where Holm slowly learns the error of his ways and works to practice the classic Biblical virtues of redemption and forgiveness.

Throughout the entire silent film, Sjöstrom does a fantastic job of conveying a range of emotions in the protagonist. From initial angry drunkenness to his redemption as a fearful, regretful man, Holm eventually sees the value in a life lived with kindness. Though the silent film cuts to text every few minutes to present dialogue, Sjöstrom’s varied performance allows viewers to sit back and enjoy the visuals with a moving, swelling score to complement Holm’s journey.

The film’s visuals, which are still celebrated today as a technological breakthrough, hold up almost a century after their debut. The film uses a daguerreotype-like quality in each shot, providing a gothic eeriness in scenes even without the presence of ghosts. Using the technique of superimposition, the supernatural details are able to shine through, as Death’s transparent chariot runs through the town square and David’s ghostly form is able to rise above his corpse.

Through a familiar story device, “The Phantom Carriage” delivers a deeply emotional tale of redemption and the ghastly costs of selfish mistakes. Thanks to the live performance of the film’s score, audiences were treated to a hauntingly moving film experience that perfectly bridges the gap between the Halloween and holiday seasons.

Ben Berman is the assistant arts editor for the CU Independent and a sophomore media production and journalism student. He writes about trends in the Denver music scene, covers local concerts and keeps an eye out for new music. Ben also writes for the Left Hand Valley Courier.