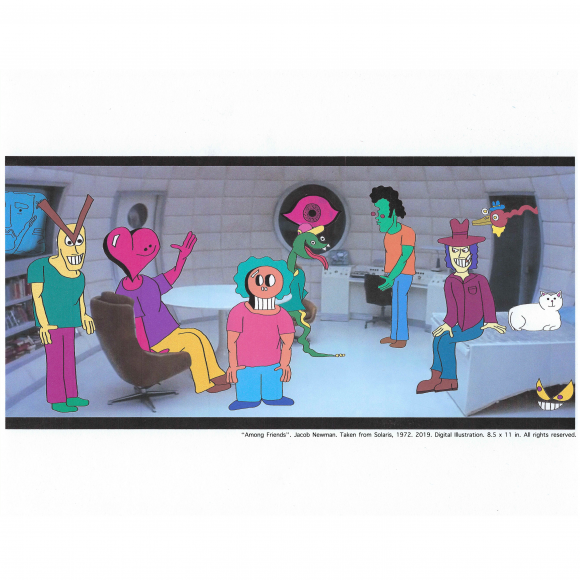 “Solaris” is a film made by Andrei Tarkovsky, a legendary Russian director. Tarkovsky was reportedly so infuriated by what he saw as the shortcomings and pretentiousness of Stanley Kubrick’s “2001: A Space Odyssey” that he made his film as a criticism of Kubrick’s. With its unusual structure and focus, “Solaris” is truly unlike any other science fiction film of the era and stands as a towering achievement in film history.

“Jake Havoc” is a comic strip written and illustrated by Jacob Newman. Through homage and parody, it attempts to poke fun at the sometimes absurd nature of our daily lives, while celebrating American culture and iconography. You can find Jacob Newman’s work on Instagram @jakehavoc.

Jacob Newman is a senior from Milwaukee, Wisconsin. You can contact him at jane3083@colorado.edu.

Jacob Newman is a senior from Milwaukee, Wisconsin studying Advertising. His art spans many different mediums from illustration to photography to film. He likes to pay homage to American culture through his work. When he is not making art, he is often watching movies, distance running, and spending time with his cat, Tofu.