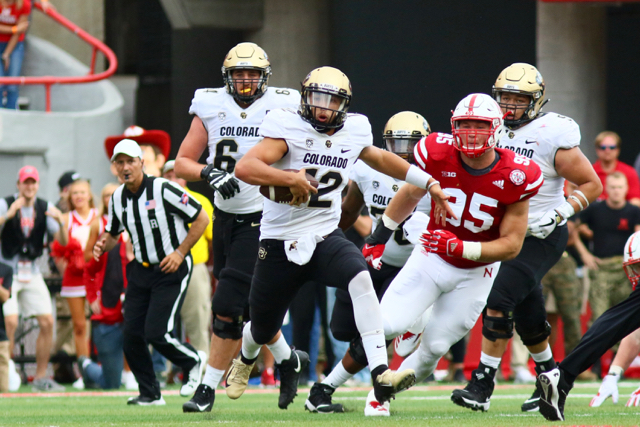 The rivalry atmosphere continues this week when the University of Colorado football team goes head to head with the No. 25 Nebraska Cornhuskers on Saturday. The 1:30 p.m. MST game is sure to be a sold-out affair, so get to Folsom Field early.

This rivalry dates all the way back when the Buffs and Cornhuskers were part of the Big 12, then called the Big 8. Through the years, Nebraska has dominated the rivalry, but in recent years, the Buffs have come on strong, making this game something you don’t want to miss.

Nebraska will be in revenge-seeking mode after the Buffs went into Lincoln last year and stole a hard-fought battle. Then-junior Quarterback Steven Montez torched the Nebraska defense, throwing for 351 yards and three touchdowns. Look for Montez to try and replicate his performance again with help from probable NFL first-round pick junior wide receiver Laviska Shenault Jr. Nebraska Quarterback and Heisman hopeful Adrian Martinez will try and improve from a sluggish first week showing.

With first-year head coach Mel Tucker and the Buffs facing their first real test against an AP poll ranked team, and second-year Nebraska head coach Scott Frost trying to redeem the heartbreaking loss from last year, this year’s Colorado-Nebraska game is sure not to disappoint.

Tickets and information be found here.