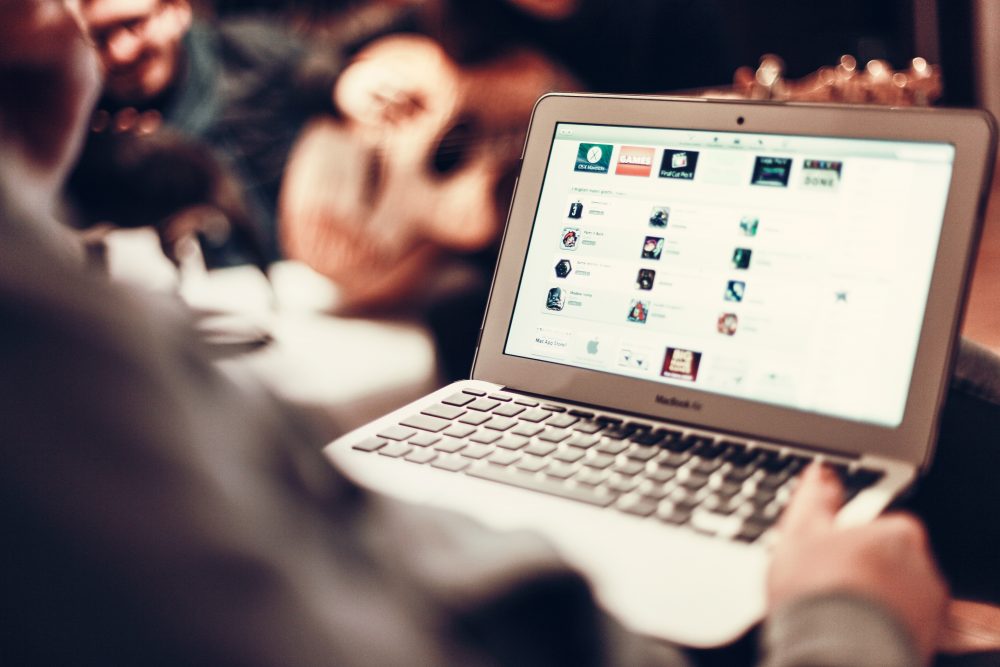 Bright computer screens can cause harm to students (Pxhere)

With finals week underway, more students can be found huddled in the library, with their eyes attached to their glowing laptop screens. While many get headaches from the stress of finals, there is also another probable cause.

“I was having migraines and tension headaches and my eyes would hurt at the end of the day everyday,” said recent CU Alum Sheila Gleason.

Since graduating from CU last December, Sheila got a job in social media which she can do from home. It sounded relaxing. What she wasn’t expecting was the strain it would bring her.

“I typically work 30-40 hours a week on my computer,” Gleason said.

What she was suffering from was something called Computer Vision Syndrome (CVS) or Digital Eye Strain, which causes vision or vision-related discomfort after extended use of screen time. CVS can cause neck and shoulder pain, dry eyes, blurred vision and headaches. According to the American Optometric Association, the causes of these symptoms are poor lighting, poor sitting posture and the digital glare of a computer screen.

While computer and mobile screens only emit a fraction of this “blue glare”, prolonged exposure could lead to macular degeneration or other long-term effects since our eyes are not naturally suited for blocking such high levels of blue light.

“Some of the studies seem to indicate that if you do spend long hours, if you’re looking at a phone, computer or iPad … you might find that your prescription will get a little worse,” said Dr. Jeffrey Holland, an optometrist at College Optical on the Hill.

This does not necessarily mean that you are guaranteed to develop eye problems, but if you are genetically predisposed to certain eye conditions, there may be a greater risk.

According to the American Academy of Ophthalmology, nearsightedness in the U.S. has doubled since 1971, with an estimated 42% of the population being nearsighted. In Asia, the problem is much worse — it’s estimated that 90% of teenagers are nearsighted. CU student Aimee Schmitt has had to change her prescription every six months since being in college.

“That’s also been one of the reasons that my eye doctor has given me for probably not being a candidate for Lasik,” Schmitt said. “She attributes a lot of my prescription getting a lot worse with how much it follows with the amount of increased screen time throughout my life.”

Recently, the World Health Organization (WHO) released a new set of guidelines regarding children and screen time, advising children under five years old to spend no more than one hour in front of screens and infants under one to have no screen time. Temporary symptoms from extended screen time include hazy night vision, something familiar to some students who exit the library at late hours.

“Your focusing system can’t relax so it actually makes you artificially nearsighted,” Holland said. “If you’ve been studying for long hours and then you walk outside, and you’re like, ‘hey, it’s extra blurry,’ that can be a secondary effect of sitting in front of the computer for a long period of time.”

A study from the American Academy of Ophthalmology indicates a combination of factors that has led to higher instances of vision problems, such as the disturbance in circadian rhythms caused by blue light and fewer children being outside. Students have now attempted to combat that blue light with dimming screens, setting screens to night mode, or what Sheila Gleason resorted to: computer glasses which block out the blue light hazing from computer screens.

“I’ve only been using them for a short time but my eyes feel better at the end of the day for sure,” Gleason said.