Opinion: Columbine is still a school 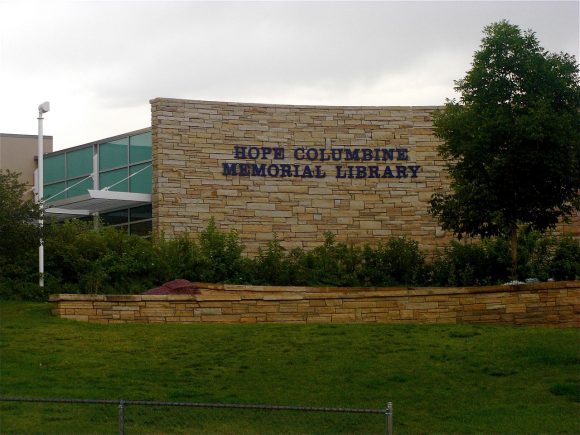 What was high school like for you? Did you do your homework? Hate most of the people you saw? Struggle to get up in the morning? So did I. I had a standard high school experience, but you probably won’t think that once I tell you I went to Columbine.

Columbine is such a horrific event that you don’t have to add any explanations of what it is. With the 20th anniversary and the horrible news from earlier this week, there’s been a lot of conversation around Columbine since that infamous day in 1999.

However, one part of the conversation that many people forget is that Columbine is still a school.

The memory of the tragic event has overtaken a lot of assumptions about the school. My mom was particularly apprehensive when I said that I wanted to attend there. Four years later, I graduated without incident.

Our notion of loss tends to drown out our instincts that say go forward. During a trip to New York several years ago, we had a tour guide take us around the city. My family and I saw One World Trade Center under construction. We all thought, “who would want to work there?”

The tour guide heard us musing aloud and was happy to tell us that every office was already reserved. My family was obviously stunned, but we shouldn’t have been.

When I told one friend where I went to high school, he reacted in a way that implied two immediate reactions: why and how? He exasperatedly added, “I’m sorry, but I could never do that.” In his mind, he thought I had enrolled in a school in 1999 because that’s all Columbine is known for.

Columbine is one of the few places outside of Mount Vesuvius that is frozen in time. The terrible events that took place at Virginia Tech in 2007 don’t get associated with the school. The team’s basketball program was a four seed in the tournament this year, and none of the media coverage focused on the depressing history.

Horrific events are an unfortunate part of life. But we can’t let these tragedies dictate our lives, and we certainly can’t let them shape our world view.

Columbine becoming the name of this tragedy has likely given power to these lingering beliefs. The way Kleenex has assimilated what tissue is, Columbine has come to define not only a school but a small area in Colorado. It’s time to take that definition back.

I don’t have much to add on this topic. I’m not an expert and I was two years old in 1999, so I can’t recall anything about that day. What I can tell you is that I’m proud of where I went to high school.