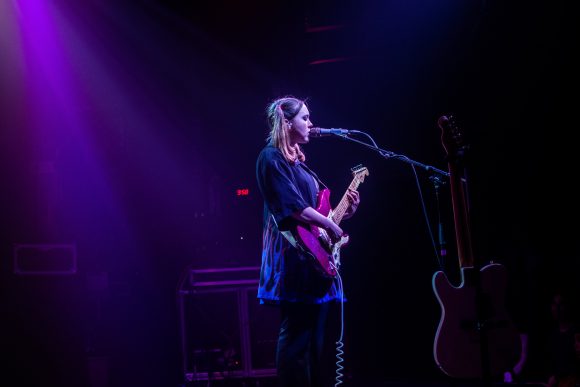 Sophie Allison, also known as Soccer Mommy, at her show at the Fox Theater on April 10, 2019. (Angela Smith/CU Independent)

Dreamy, mellow and captivating indie artist Soccer Mommy graced the Fox Theatre in Boulder on Wednesday, April 10, with a stripped down set.

As the Fox slowly begins to fill, the first of two support acts come onto the stage: Lefty. Bringing an indie prog rock sound and catchy lyrics, they were an accomplished opening act. Next followed Denver’s own American Grandma including band members from CU. With an indie, grungy, Nirvana-esque sound, the three-piece band held their own and gave a great performance. 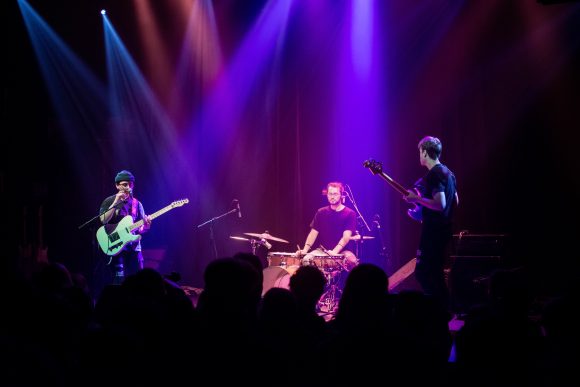 Onto the main act, Nashville singer Soccer Mommy, real name Sophie Allison, coolly entered the stage with a commanding yet unassuming presence. She informed us that her drummer broke his hand prior to the gig and they were unable to find a replacement in time, meaning the singer was performing solo. This may seem unfortunate to some, but to long term fans of the artist, it would seem an unexpected treat — a return to the singer’s older work and an intimate chance to really hear the delicacy and emotion in her vocals.

We were hit song after song of sweet melodies and lyrics. Her vocal tone resonated with other talented indie artists such as rising British artist Billie Marten. ‘Henry’, ‘Try’ and ‘Blossom’ stood out as highlights in the setlist. One of the final songs performed, ‘Still Clean’ was both memorable and entrancing.

For her encore, ‘Your Dog’, Soccer Mommy informed us that this is a song that is really one that is not meant to be performed solo. Despite this, the song works well as a lone piece. You could never tell that some of these songs were meant to be accompanied by a band. 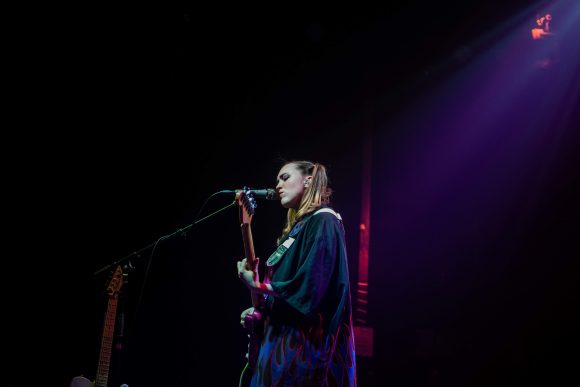 Towards the end of the set, Soccer Mommy informed us she is going to switch guitars and play a cover. Playing the iconic Stratocaster thus far, she switched to the equally formidable Telecaster. After a failed attempt to get the Telecaster to play out of the speakers, she decided to stick to the Stratocaster and re-tune it. A moment which could fumble a performer becomes an opportunity for Soccer Mommy to further interact with us as a crowd, showing not only her prowess and professionalism but also her laid back stage presence, almost as though we’re watching a friend share a few songs with us.

She then continued to perform a cover of Bruce Springsteen’s hit ‘I’m on Fire’. A little cliché as a cover perhaps, but who can deny the likability and enjoyment of hearing a song from ‘The Boss’ — the crowd seemed audibly pleased with the addition of the cover. Needless to say, the singer brought her own imposing rendition of the song, flawless vocals and a raw emotion that worked perfectly with Springsteen’s lyrics. It was a sure highlight of the set.

Soccer Mommy mentioned that the Fox crowd was the first to hear one of her last songs, ‘Night Swimming’, performed live. She jokingly added, “it’s off the new album so I hope you like it, if you don’t … well, that sucks.” It definitely didn’t suck.

Despite the absence of the band, the performance was full. I would argue Soccer Mommy’s Boulder set served as a reminder to never underestimate the power of a solo performer with great songs and a stunning voice — the intimacy of a performance stripped of all the bells and whistles.

In this industry of auto-tune, monotonous pop beats and recycled melodies, artists like Soccer Mommy bring a much-needed breath of fresh air. 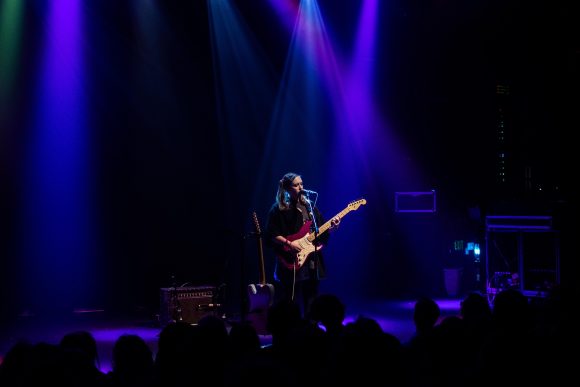