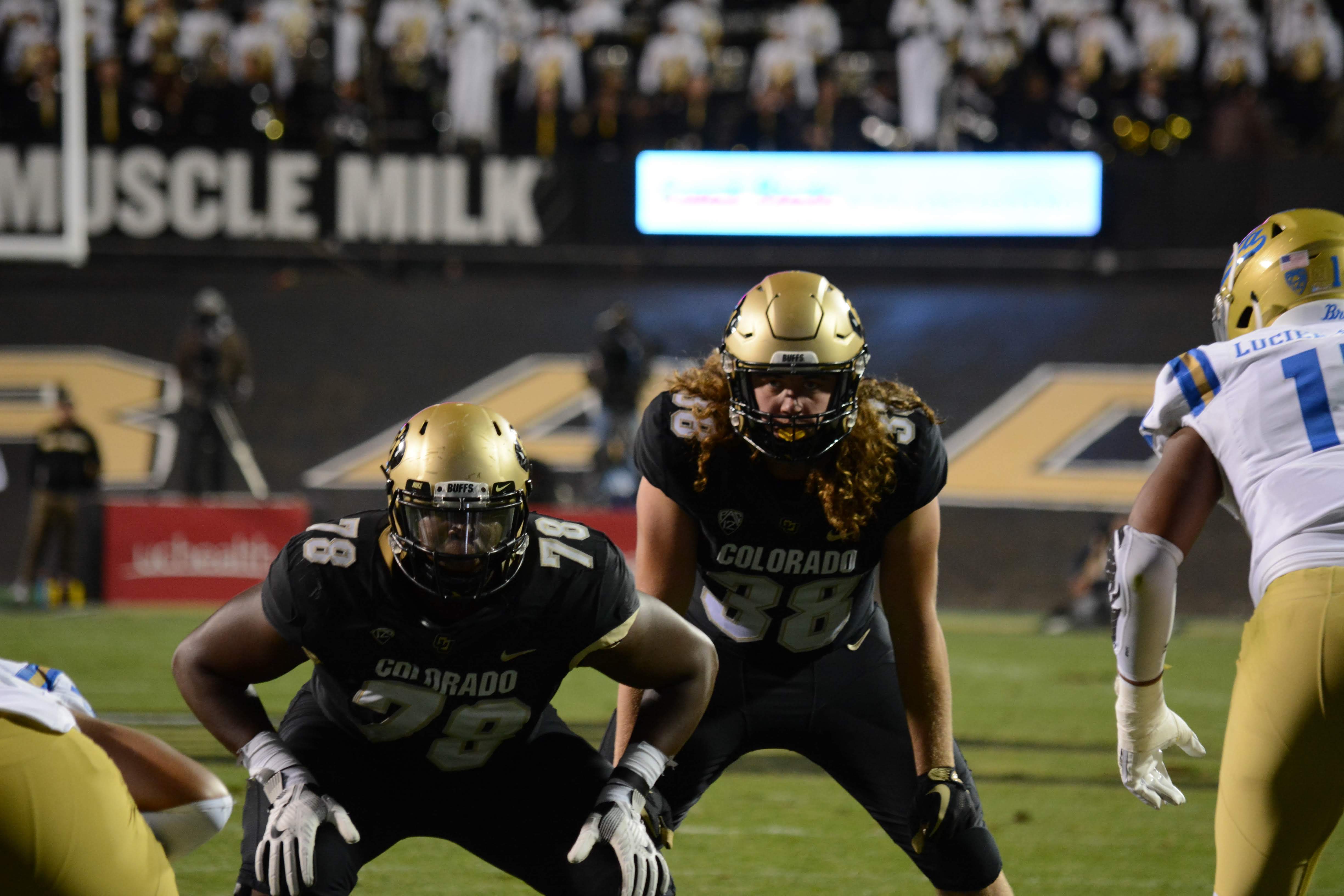 Over the past few weeks, the Colorado Buffaloes football team has been grinding hard through spring practices to prepare for the coming season.

Last season, CU had a tough go, ending with a disappointing 5-7 record. While that is not a terrible record by any means, all seven of those losses came consecutively to finish another season that ended with no bowl eligibility.

Starting the season 5-0 and proceeding to lose seven in a row stung badly for coaches, players and fans alike. The disappointing campaign resulted in the program deciding to shake things up, which started with the hiring of head coach Mel Tucker, who was previously the defensive coordinator at the University of Georgia. Colorado also hired a host of other new coaches, including tight ends coach Al Pupunu, who spent the previous two season at Weber State.

“To come up here to a Power-12 school, it’s pretty awesome,” Pupunu said. “The city is nice, the play is more athletic, and we just got to continue to build on that, so I am excited to be here.”

There are many reasons why Colorado was not able to stay successful last year. One contributing factor was the lack of offense at the tight end position. Last season, the Buffs’ tight ends only had six receptions for 56 yards and zero touchdowns. Ex-head football coach Mike MacIntyre simply never incorporated a tight end regularly into his offense.

On top of that, one tight end, Brady Russell, a freshman from Fort Collins, Colorado, had five of the six total receptions. While the CU tight ends have often been utilized as blockers, it may be time to start using them for some offense too, and that is exactly what these new coaches are striving for.

‘That’s what we want to do, run some twelve personnel,” Pupunu said of getting more tight end production. “We have to recruit good players or good tight ends so we can put them out there and be that big 12 personnel that we would like to be.”

Both Tucker and Pupunu seem to be on the same page about the roles of the tight ends on the team. Both coaches want to see an increased offensive role, but that doesn’t mean blocking will be any less important. In fact, according to coach Pupunu, the blocking needs a little work.

Furthermore, coach Pupunu also had a critique of his players’ catching.

Sometimes it takes a while for a team to buy into a new coach’s system because so much changes so quickly, and for some players, it’s hard to adapt.  However, in the case of Colorado, the whole team seems to understand that these new coaches have a lot to bring to the table. If they listen, it could help the Buffaloes get back to 2016 form.

“It’s been awesome — I love my new coach,” Brady Russell said of Pupunu. “He has nine years[of experience]  in the NFL, so it’s nice having little details corrected and having another perspective that is different from things I have learned in the past. Coach Tucker is awesome, too, just how he is running the team and getting everyone going.”

When asked about what he expects from the tight ends, Russell said they’re all getting a little more work.

“We’re seeing a pretty big role increase,” he said. “I think we will get a lot more catches as a whole group, and we will have a lot more different personnel groupings going on. We seemed a little one-dimensional last year with maybe just mostly 11 or 10 personnel, but now we are using everything across the board.”

Colorado currently has eight tight ends listed on the roster. Only two or three of them will likely see action, and just one or two will be regulars on the field throughout the season. When asked about who’s going to most likely be the No. 1 tight end, Pupunu mentioned three different players: Darrion Jones, Brady Russell and Jalen Harris, the Buffs’ grad transfer.

Not to mention the Buffs’ newest addition to the tight end team: senior Beau Bisharat, who was recently converted to tight end from tailback, a position he’s played his entire college career. Tucker asked, not demanded, that Bisharat undergo the switch, and he obliged.

“It’s fun to be able to play different positions,” Bisharat said. “I’ll probably be playing more H-back, not true tight end…I’ll probably do more outside stuff and catching [of the ball].

While clearly, Colorado has a lot of work to do before the opening kickoff of 2019, the Buffs seem to have a good collective attitude and strong work ethic. This season’s Buffaloes could be a force to be reckoned with.

“I feel like we have a good group this year, and we can do a lot more than people are expecting,” Russell said.  “So, I am just excited about where we can go as a team more than I am personally.”

Excitement aside, coach Pupunu knows there’s work to be done.

“I’m looking to just improve every day and take it one week at a time,” he said. “Right now, this is our week to get better.”

The Buffs’ tight ends will get a chance to show their stuff during the Spring Game on April 27. Kickoff is at 12 p.m. MST at Folsom Field, and the game is free and open to the public.