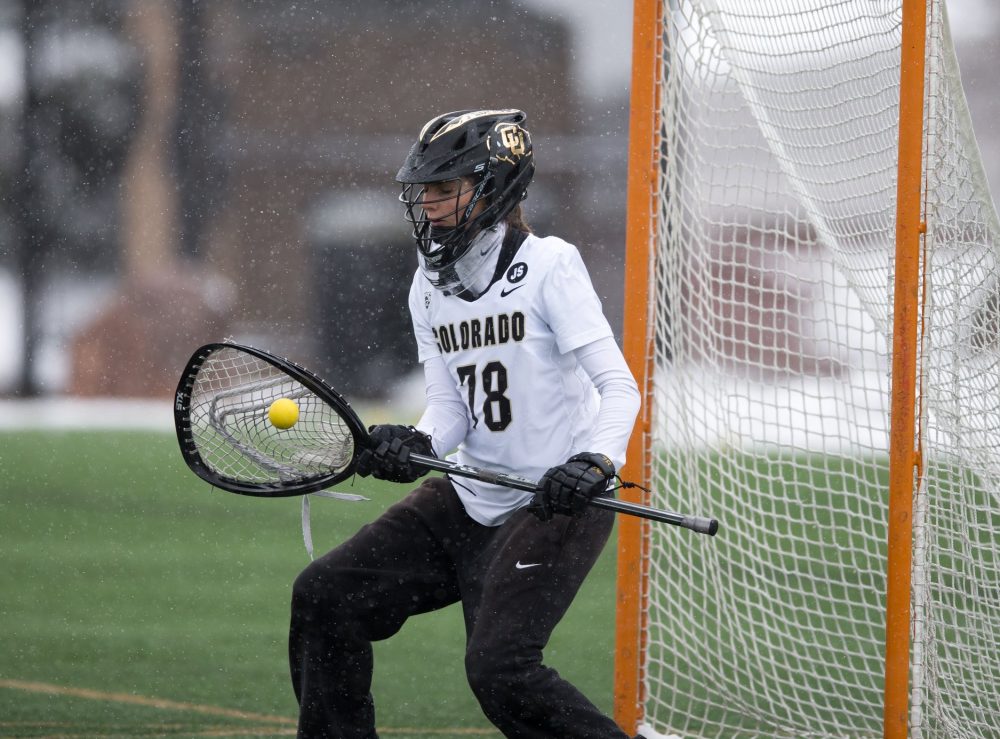 After a successful 2018 season, the University of Colorado women’s lacrosse team looks to build on the momentum heading into this upcoming season.

Last season, the first year of women’s lacrosse in the Pac-12 Conference, the Buffs were heavy favorites to win the inaugural Pac-12 Championship, a tournament that Colorado lacrosse was chosen to host here in Boulder.

After reaching the championship game, the Buffaloes were upset by No. 2 Stanford on their home turf.

Now, with the loss well in the past and a new season just days away, the women’s lacrosse team has been using the disappointment of the title game loss against Stanford to fuel their upcoming campaign. And for the second consecutive season, the Buffs enter the year as the favorite to capture the Pac-12 title.

Colorado enters the 2019 season ranked No. 17 in the Intercollegiate Women’s Lacrosse Coaches Association (IWLCA) preseason poll. Of the 25 teams ranked in the aforementioned poll, the Buffs came in as the highest ranked team in the Pac-12, just one spot ahead of the defending-champion Stanford (No. 18) squad and Southern California (No. 21).

Leading the charge for the Buffaloes is head coach Ann Elliott Whidden, who enters her sixth year at the helm here in Boulder. Last season, Whidden was awarded the very first Pac-12 Coach of the Year honors.

In her five full years with the women’s club, she’s amassed an impressive 51-24 regular-season record while leading the team to back-to-back NCAA tournament berths in 2017 and 2018.

As far as the players, Colorado will return eight starters, while adding 12 freshmen to the roster. A solid recruiting class will highlight the youth of this Buffs team, and the now freshman-heavy team will have plenty to prove in a tough Division I lacrosse league.

CU will also return the IWLCA Goalkeeper of the Year, junior Julia Lisella. Last year, she led the Pac-12 with a 50.3 save percentage and was one of the top players in the conference. Lisella and the Buffs’ defense allowed just 9.90 goals per game a year ago. Despite graduating three senior defenders at the end of last season, the Buffs’ defense remains relatively intact and should maintain last year’s solid performance into this year.

On the offensive side, returning senior attack Miranda Stinson, who was second on the team with 58 goals last season, is thrilled to begin the season.

With such a young team this year, Stinson’s focus right now is on developing the club and forging a strong bond between each other.

“We’re looking to build on our culture a lot, keeping each other disciplined and accountable for our goals,” she said.

If last season is any indication of the direction this program is headed in, there is a lot to be excited about heading into this year. CU wrapped up the 2018 season with a solid 14-6 record, including a 9-1 mark against Pac-12 teams, the best in the conference.

Colorado’s 2018 championship hopes were soiled, however, when Stanford bested the Buffs in the Pac-12 conference title game here in Boulder last spring.

“I definitely think that the Pac-12 championship, and just our last playoff game, we used it as motivation in the offseason to just work harder,” sophomore midfielder Devon Bayer said. “We know what it feels like to be in that position and not come out the way we want it to, so we’re trying everything this year to just change the outcome next year.”

Bayer was just one of two freshmen last season to start every game for the Buffs. As a midfielder, Bayer has the opportunity to change the game both on the offense and defense. Last season, she was able to force 19 opponent turnovers and pick up 33 ground balls (gaining possession of a loose ball in-play).

She hopes a few adjustments will make this team even more dangerous.

“As a team, I think we’re looking to build off of obviously everything that we did,” Bayer said. “This year, a big thing for us is looking for a lot of options on offense and defense. And [instead of]  just a couple of people that do a lot, we’re just trying to make a well-rounded offense and defense.”

A well-rounded team will be crucial for the Buffs this season, as CU will face six ranked teams this season, including No. 9 Florida, who knocked them out of the NCAA tournament just a year ago.

“We actually played [Florida] twice last year, so I think about those two games a lot, and I just think we’re very fortunate to have the opportunity to play against them again,” Bayer said. “We kind of know how they play now, and I think it’s [going to be] a great opportunity for revenge.”

Bayer and Co. will have their opportunity for revenge against both Florida and Stanford throughout the season, as both opponents will take on the Buffs in Boulder this year.

With the new season just days away, the team looks hungry and more than ready to go.

The Buffs will start their season off with an exhibition scrimmage on Feb. 1, with the club taking on Northwestern in Illinois. Colorado opens the regular season here at home against Florida on Feb. 9.