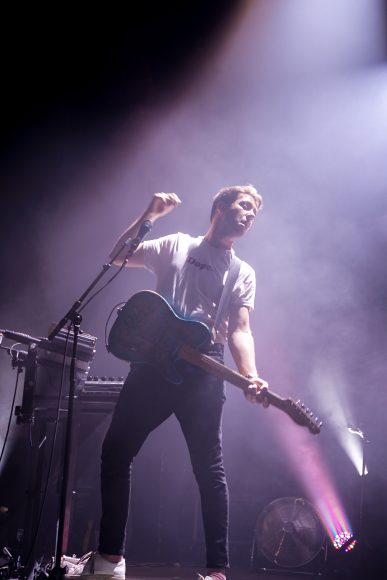 “Dope.” No one could have summed up The Wombats performance better than lead singer Matthew Murphy himself when he walked on stage in a plain white shirt with those four letters scrawled across the front in red. Denver’s Ogden Theatre was packed to the seams Wednesday night as fans converged to watch outstanding performances from Barns Courtney and The Wombats.

Barns Courtney, the night’s opener, is an English musician formerly of SleeperCell. He has opened for artist like the Who and Ed Sheeran, and knew exactly how to set the mood for the night. His blues-rock numbers energized the crowd and prepared them for the rest of the evening. 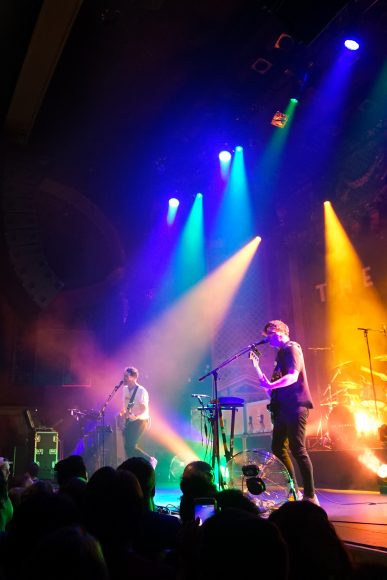 The Wombats at the Ogden Theater in Denver. Oct. 3, 2018. (Fiona Matson/CU Independent)

The Wombats are touring following the release of their fourth album, Beautiful People Will Ruin Your Life. As they walked on stage, the energy in the theater was electric. Comprised of just the three original members – lead vocalist Matthew Murphy, bass guitarist Tord Overland Knudsen and drummer Dan Haggis – had outstanding chemistry. Dressed comfortably in graphic tees and skinny jeans, the band had an air that matched their sound and their setlist, with a mix of old and new songs that resonated deeply with the audience.

Their music style, consisting of a whimsical synthesizer, punk rock instrumentals and moody lyrics, give The Wombats a punk revival sound. Even those unfamiliar with their music couldn’t help but listen as Murphy begged them to, “shut up and move with me.” Much of The Wombats’ continued success is in part due to their lyrics’ ability to capture the attitudes and experiences of a troubled millennial generation looking for an escape. Their fan base consisted of twenty-somethings who “want to get college girl drunk” and listen to the music that got them through their adolescence. To be sure everyone’s favorites were played, Murphy made sure to include hits like “Patricia the Stripper” and “Moving to New York” from their first album, A Guide to Love, Loss & Desperation. 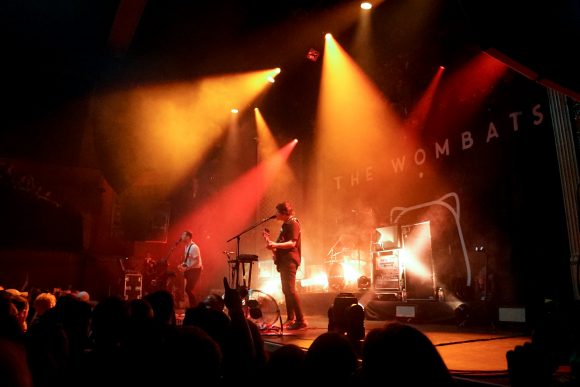 The Wombats performed fan favorites from all four of their albums. Oct. 3, 2018. (Fiona Matson/CU Independent)

The music of The Wombats means a lot to thousands of people, but it will always mean a little more to two special people in the crowd that night. Following other fan favorites, “Techno Fan”, “Emoticons” and “Lemon to a Knife Fight” the band paused the show to greet the audience and welcome someone onstage. Though at first, the audience questioned what was happening, the invited guest’s intentions became clear as he got down on one knee and asked his girlfriend in the front to marry him. As the room erupted in applause, the band continued on with their setlist. 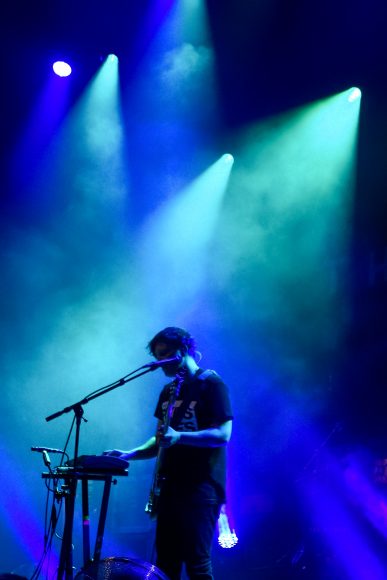 Initially, it was strange to think of a proposal at a punk rock concert. However, after the band played a song that reminded this writer of one of her favorite experiences, it began to make sense. Many in attendance had grown up listening to The Wombats and their angsty lyrics resonate with many in attendance.

Almost immediately following this revelation, the band broke out into one of their oldest and most popular songs, “Joy Division.” The distorted guitar beginning is unmistakable and the lyrics unforgettable as the crowd bursts into song along with Murphy. As the chorus approached, four people donning wombat costumes ran on stage to join in singing, “let’s dance to Joy Division, and celebrate the irony, everything is going wrong but we’re so happy.” We danced and sang our hearts out to what might be The Wombat’s most punk song, believing that dancing to “Joy Division” might just be “the cure for a broken heart.”

Luckily the show wasn’t over yet, as The Wombats returned for an encore of songs that truly can’t been topped. They had the audience appreciating quirky loves and little memories with “Turn” and brought the roof down with their final song “Greek Tragedy.” The theater was ecstatic as it exploded into chorus with this punk rock anthem. Everyone was there to appreciate the music and the memories drummed up, confirming punk rock never really is just a phase. 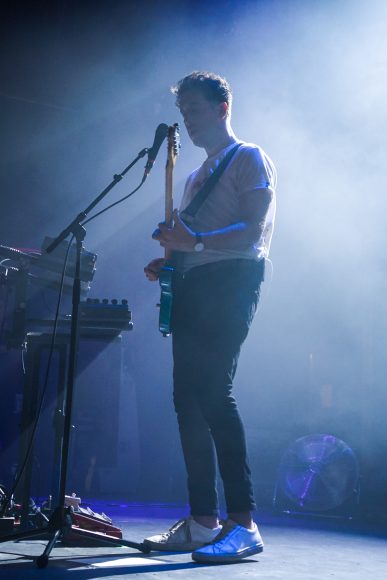 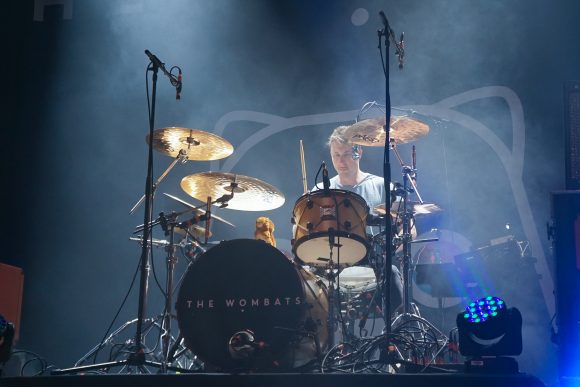 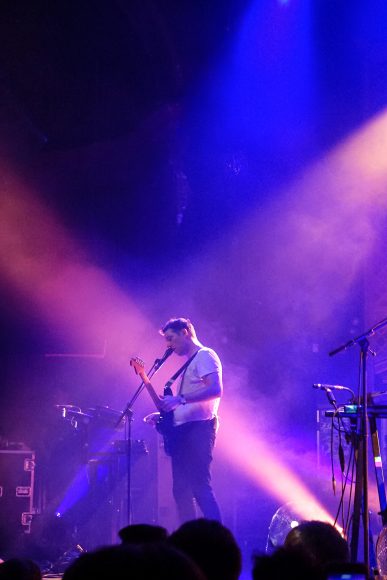 Fiona Matson is a senior photo editor at the CU Independent. When she isn't running around CU with her camera, she can be found hiking, climbing, surfing or watching British murder shows.