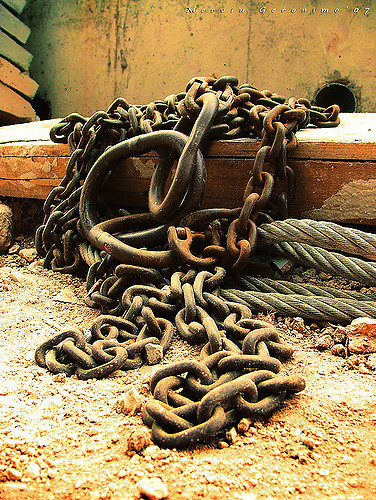 Within the Colorado state constitution, it states that “There shall never be in this state either slavery or involuntary servitude, except as a punishment for crime, whereof the party shall have been duly convicted.” Now that sounds fairly good as it says that “There shall never be … slavery or involuntary servitude.” However, the key point from that provision of the state constitution is “except as a punishment for a crime.” This means that if a person is convicted of a crime, they could be subject to involuntary labor, also known as slavery.

This November, Colorado has a chance to amend the state constitution and fix this.

The 13th Amendment of the U.S. Constitution abolished slavery in all states and declared that “Neither slavery nor involuntary servitude, except as a punishment for crime whereof the party shall have been duly convicted, shall exist within the United States, or any place subject to their jurisdiction.” This is very similar to what is written in the Colorado state constitution and it has the same problem: that slavery is allowed as a punishment for a crime.

After Reconstruction, the South quickly picked up on this loophole and used it to make up for their lack of labor. They would use the black codes to convict black people for contrived crimes such as vagrancy (being unemployed) and would then rent out the black convicts to private corporations.

Although these injustices do not occur today in Colorado, with the rising popularity of racist/alt-right candidates in recent years, it is essential to safeguard our state against Slavery 2.0.

Though getting a constitutional amendment for the 13th Amendment would be much more difficult, Coloradans have the opportunity to rectify this glaring omission in our own state by voting yes for the ballot measure Colorado Amendment A.

Some might say that removing this particular language from the Colorado constitution might impact prison work and community service programs; however, there are 25 states without involuntary servitude mentioned in their constitutions that maintain successful penal work programs. Kamau Allen of Abolish Slavery Colorado said, “This won’t have a direct impact on prison reform or how inmates are treated. But it is definitely more impactful than removing something like a Confederate monument”.

This may be attributed to the poor wording of the initiative. It stated, “Shall there be an amendment to the Colorado constitution concerning the removal of the exception to the prohibition of slavery and involuntary servitude when used as punishment for persons duly convicted of a crime?”, which is a complex predicate that potentially confused voters, as it failed by a margin of a mere 0.64 percent. The wording of Amendment A on the ballot this year is, “Shall there be an amendment to the Colorado constitution that prohibits slavery and involuntary servitude as punishment for a crime and thereby prohibits slavery and involuntary servitude in all circumstances?”, which has slightly better phrasing. This is something we all should get behind and put our votes where our minds are.

It is imperative that you come out and vote ‘Yes’ on Amendment A this November, as it will help to scrub away the shameful history of slavery in this country.

It has been 155 years since Abraham Lincoln issued the Emancipation Proclamation, and it is time to finally abolish slavery in Colorado with no exceptions.

Opinion: It’s time for the United States to move...