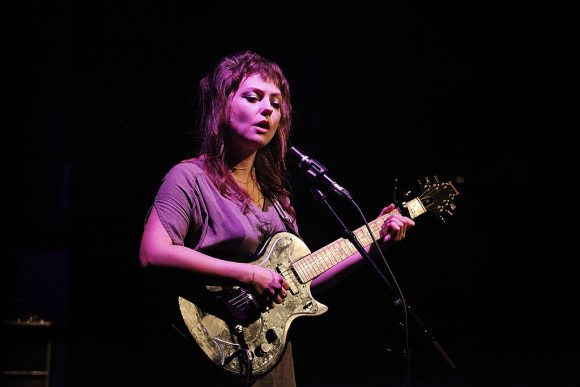 Touring and playing solo shows may seem daunting for some, but Angel Olsen doesn’t need a band to back her up.

Earlier this week, Olsen played an intimate solo gig at Denver’s historic Paramount Theater. While the Paramount certainly was not filled to capacity, Olsen’s dynamic vocal range filled all of the vacancies.

The Chicago based singer-songwriter put out her fourth album, Phases, back in 2017. She then toured extensively with her band. They played headline shows around the world, as well as festivals like Pitchfork and Coachella.

Olsen’s unique sound encapsulates the essence of ’60s country and rock songs with a slight contemporary twist. This comes via her studio accompaniment of a full band and modern guitar effects pedals.

Her voice is very dynamic and drawn out, but possesses an idiosyncratic ferocity that only comes out in a few of her songs. She is compared to a combination of early ’60s country singers, Patsy Cline and Jefferson Airplane’s Grace Slick. On some of her recordings, Olsen accompanies her voice with steady hall reverb as well as a spring reverb and tremolo on her guitars. Like her voice, this style is very reminiscent of the same techniques used by early country, folk and rock singers.

A slightly older audience at the Paramount sat patiently as the opener, Hand Habits, finished their set, picked up their gear and walked off stage. Dark orange and auburn lights began to fade in and smoke started to fill the vacant spaces between the microphone and the back of the stage.

Shortly after, Olsen walked onto the stage in a white dress made by her friend, she told the audience. She announced via an apology that she would be playing a lot of new tracks at this show. After picking up a ’50s era Silvertone guitar, she began to play to a very respectful and appreciative crowd.

The venue was completely silent as Olsen’s voice echoed throughout the concert hall. Everyone put their cell phones away as they honed in on the sheer talent of the performance on stage.

As the show progressed, Olsen’s amplifier began to grow quieter and her voice louder. She later explained that this was because the amp was on its way out. She jokingly asked if anyone had a spare in their car. The level of comfort between Olsen and her fans created a truly intimate and unique concert setting.

In between songs, Olsen would tell the crowd many stories about her cat, Violet. She also explained how she was going to boost her guitar signal via overdrive pedals to combat the dying amp. She smiled with excitement when she finally got the tone just right and cycled into another set of new songs.

As the concert came to a close, Olsen announced that she would play only a few more tracks. One being  “White Fire” from Burn Your Fire For No Witness, a chilling homage to being alone and coping with an uncertain future filled with tragedy and desolation. She then lifted the mood with “California”, an upbeat track from her newest album. Olsen then left the stage only to return seconds later with an encore.

To top off the night, she picked up her guitar once more. She played a cover of Bruce Springsteen’s, “Tougher Than The Rest”, bringing the night to a close on a high note. A standing ovation met Olsen as she said goodbye.

Olsen will continue on finishing her current tour, playing a show in Austin and wrapping up with three shows on the East Coast. She has vowed that $1 for every ticket sold on this tour will go to the humanitarian aid organization, Direct Relief, an organization concerned with improving the health and lives of those affected by poverty and emergencies. 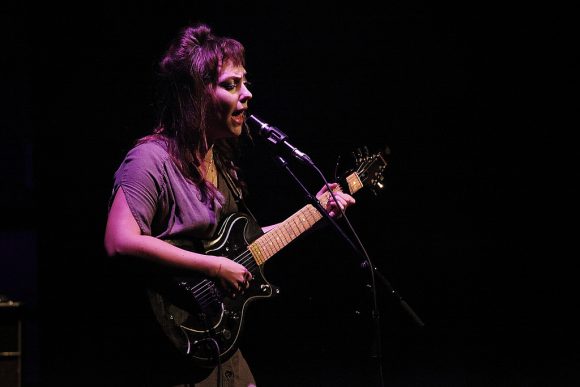