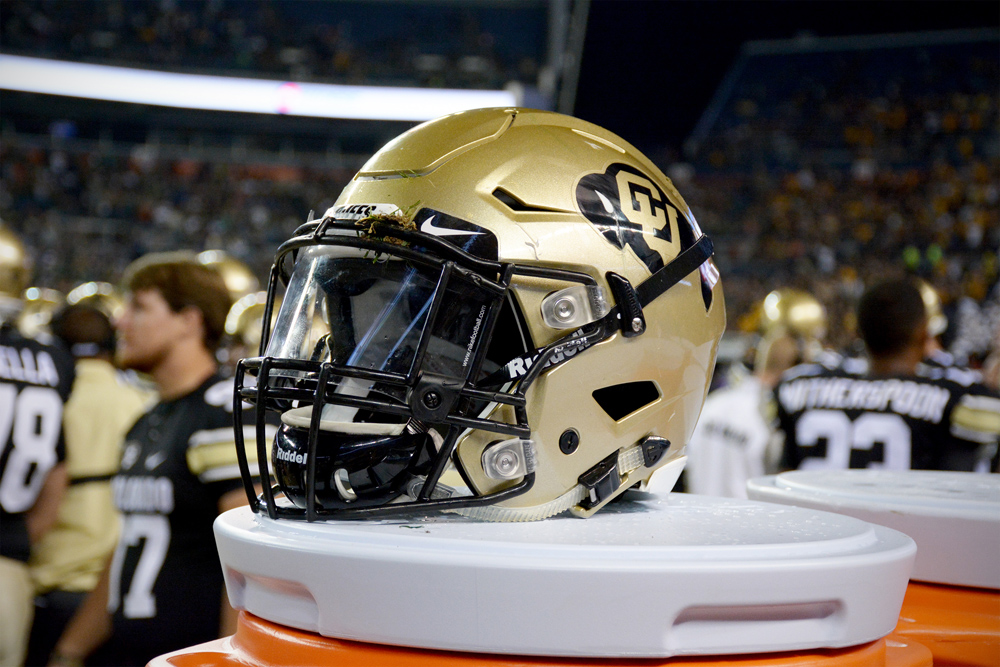 This Saturday, Sept. 8, the University of Colorado Buffaloes travel to Lincoln, Nebraska, to take on the University of Nebraska Cornhuskers for the first time since 2010. In preparation, the CU Independent sports section lists their thoughts on the game and ultimate score predictions.

Justin Guerriero, Head Sports Editor: I think people are heading into this game on Saturday by placing too much weight on the CU v. Nebraska matchups that took place during the latter half of the 20th Century. At the end of the day, this game will feature the Buffs, who finished 5-7 last year, vs. the Cornhuskers, who were worse at 4-8 in 2017.

While the renewing of this rivalry is undoubtedly exciting and I look forward to watching it, I think most of the hype lay with both teams’ respective fan bases, specifically, those who watched intense and competitive rivalry games from the early 1980s through the mid-2000s.

As for the teams themselves, I don’t think players and coaches are treating this matchup as anything particularly special. Yes, there is the precedent of the old Big Eight Conference rivalry, and yes, in years to come, this annual matchup may very well become heated again, but for now, I see this game as business as usual for both squads.

The Huskers have a freshman head coach in Scott Frost as well as a true freshman quarterback Adrian Martinez, due to make his first collegiate start on Sunday.

If Colorado’s offense can attack with speed and consistency as it did vs. Colorado State University last week, I think that’ll be a big boost. Personally, I’m not too intimidated by big bad Nebraska.

Alex Pepper, Sports Staff Writer: All is good for the Buffs right now, as another year has gone by where CU destroys CSU in its annual “rivalry” game. Perhaps a rekindling of the old Nebraska vs. Colorado rivalry is due since the contract for the Rocky Mountain Showdown expires in 2020 and the last couple matchups between the Buffs and Rams have been lopsided, to say the least.

There are a lot of positives to take away from the Showdown, like new dynamic playmakers Laviska Shenault Jr. and K.D. Nixon filling in for position players who graduated in last year’s class, namely Phillip Lindsay and Devin Ross. Colorado’s playbook seems to be a bit more varied than last year as well, with fewer long bombs and a lot more short passes designed to give players room to run after the catch.

The Buffs’ offense should be much more balanced and methodical, which should take some of the stress off of sophomore quarterback, Steven Montez. However, I think at least part of the Buffs’ success last Saturday can be attributed more so to the Rams’ shoddy defense more than anything else. The Huskers should provide a little more challenge for the Buffs this Saturday, simply by being a Power Five conference team, but this isn’t exactly the Nebraska that you think of when you seem them on the schedule.

This game should be a warmup for the Buffs, giving them a chance to see what actual competition looks like before the main part of their Pac-12 schedule rolls around. Considering that this is Nebraska’s first game of the season, I don’t see a way the Buffaloes can drop this one.

Zoe Collins Rath, Assistant Sports Editor: With the exception of running back coach Darian Hagan, no Buffalo has first-hand experience with Nebraska. Colorado is the Cornhuskers’ first opponent and there are a lot of unknowns for the team as they open their season in Lincoln.

How well will their quarterback Adrian Martinez do since he is brand new? Can the Huskers defense stop the Buffs run game, something the Rams could not do in Denver last week? The biggest take away from the Rocky Mountain Showdown was that quarterback Steven Montez is clearly sharper and more confident on the field than he was last season, but that confidence has to get through Memorial Stadium before the Buffs get to conference play, and Memorial is not easy.

If the offense is as quick and explosive as they were Friday, the Buffs should be fine. However, no one has seen Nebraska play yet this season and fans are anxious to see what their new coach, Scott Frost, can do to restore the Cornhuskers to their former glory.

If anyone can do that, Frost, the former coach of the 12-0, University of Central Florida can. The Buffs can win, as long as they put in hard work, they don’t get too cocky and play a full 60 minutes of football.

Max Troderman, Sports Staff Writer: A week after thrashing CSU, the Buffs head to Lincoln, Nebraska to take on the new coach Scott Frost’s Cornhuskers. After poor weather last week, this will be Nebraska’s first test of the season. Nebraska comes into this matchup with a large number of new players, including Martinez.

There is a decent amount of hype surrounding Martinez in Nebraska with the hope that he will bring the Cornhuskers back to the glory days. And who knows, with a new coach and QB, the team could be on the upswing.

However, the Buffs are a force to be reckoned with and certainly won’t give the young QB an easy time. Last week, the Buffs defense racked up three sacks and an interception and are hungry for more. On top of the defense, one of the biggest advantages CU has is  Montez.

After attending The Manning Passing Academy in Louisiana as a counselor for four days this last offseason, Montez came out a new man with a renewed work ethic. He had talked to Eli and Peyton Manning. The Manning brothers made a significant impact on Montez with the sound advice that one should not stop working until they have mastered the material, which in this case, is game film.

The more he can learn about the opponent and their playstyle, the easier it will be in the game. The new Montez looked sharp last Friday and I have no reason to doubt why he wouldn’t be again. If the Buffs stay focused and execute the playbook, it’s a win for CU.