Opinion: Celebrity culture isn’t as harmful as you think 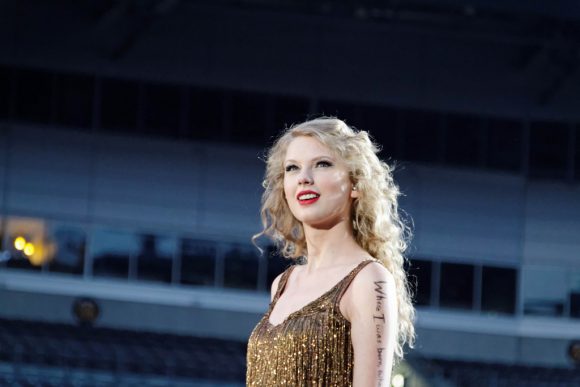 Claire O’Mara is a quiet, polite 15-year-old from Highlands Ranch, Colorado. She’s learning how to drive, is an avid kick-boxer and is getting ready to finish her sophomore year of high school.

But if you bash Taylor Swift, she might not be so polite anymore.

O’Mara is a self proclaimed “Swiftie.” She first heard Taylor Swift when she was four years old, and that’s when she started to fall in love. Through the years, she’s developed an affinity for Taylor Swift, including an appreciation for her lyrics and the community that she’s found in other fans. Taylor Swift is her role model and idol, and she will always support her, no matter what.

Celebrity worship culture permeates modern society. Celebrities are in advertisements, all over the news and tabloids beg for attention in the grocery store check out lines. Celebrity endorsement doesn’t come cheaply, either. In 2012, for example, Beyonce was paid $50 million to promote Pepsi products.

Many Americans complain about celebrity saturation. One study found that 40 percent of Americans believe media gives too much attention to celebrities. However, it doesn’t seem as if we can look away.

It’s no coincidence that 7.9 million people tuned into watch this season’s finale of  “The Bachelor,” while 2.5 million people, on average, tune into Fox each night during prime-time for news coverage.

Although it might seem insane, our complete infatuation with celebrities isn’t an inexplicable phenomenon.

Rick Stevens, a professor in the CMCI department at CU, studies fan culture. According to Stevens, celebrity culture is nothing new.

“It relates to earlier conditions or behaviors in which people intensely identified with images and concepts that seemed to transcend their common existence,” Stevens said.

We’ve been admiring those with higher rank in society for thousands and thousands of years. Even in the times of hunter-gatherers, those with the most “material goods” were at the top of the social ladder. In the case of animals, groups look up to the one with the most power.

However, we no longer have to fight for food, and as a result, our biological skills have evolved. According to Psychology Today, because we now have survival figured out, we must look elsewhere. So, we now look up to people that have other things that we desire — to be rich and famous.

The ability to find information about celebrities has only become easier in the digital world. The emergence of social media has lent itself to the development of the “parasocial relationship,” which, according to Stevens, is caused by social media’s ability to allow the public to look intimately into the lives of celebrities, which might otherwise seem inaccessible. This creates a type of “proxy” relationship. The media presence stands in place of an actual person, which allows the individual to create an interpersonal relationship.

O’Mara claims Taylor Swift feels like a personal friend, even though she’s never met her. When she gets the chance to talk about her, she feels excited, passionate — even protective. These are all components of a “real-life” relationship, even though the two have never met, nor do they have any type of direct communication. O’Mara says Swift has bettered her life in more ways than one and has exerted a positive influence on her life.

Because we live in a world dominated by media, there is an awareness of the performance aspect of social media. Celebrities are not exempt from this performance. It could be argued their entire existence is a performance. Stevens asserts this is part of the draw. “We are obsessed with “watch[ing] celebrities closely, looking for signs of the humans behind the performances.”

“Her support through comments on social media have just let us all see that she’s a normal person with her own issues just like anyone else; she’s not just a big celebrity in my mind,” she said.

O’Mara sees the person behind the performance, which allows her to develop a deeper personal connection to Swift and creates the sense of a real relationship.

And while it may be believed celebrity obsession is for teenagers, the age group most heavily influenced by celebrity campaigns is individuals aged 18-37. These individuals reported they were more likely to support a cause because they heard a celebrity advocate for it.

According to Stevens, the admonishment fans get for caring about celebrities isn’t quite fair. He claims that celebrity culture is a good thing. Our relationship with celebrities allows us to navigate our heavily mediated world, as stories help us make sense of the world around us.

The stories celebrities share with society not only allow people to connect with them, but also allow them to forge changes in society. O’Mara recounts the lawsuit Taylor Swift was involved in, in which a 51-year-old country music DJ, David Muller, sexually assaulted Swift during a meet and greet in Denver. The jury ruled in favor of Swift, confirming Muller’s assault. Muller was then fired, and instead of accepting the offered settlement, Swift decided to make a statement.

In only requesting one dollar in damages, Swift wanted to point out the difference between right and wrong, and hoped to show others that it was not about the money, but rather appropriate behavior. O’Mara explains how the settlement for one dollar is important to her. For her, it retains Swift’s true character and identity. From a societal perspective, the case is one in a growing list of sexual assault against women. Those who identify with Swift now have a connection to sexual assault, and may feel empowered to make a difference.

The draw to celebrities is much less superficial than it may appear. The human brain craves connection and stories, and celebrities provide that in the modern world. So, if like O’Mara, you’re known as the “Taylor Swift Girl,” or something akin, embrace it. Celebrity culture is anything but a modern phenomenon, and the desire to move beyond our own existence is here to stay.